I lived in Tokyo from 1986 to 1992. I return every few years to visit my friends. In fact my next trip is scheduled for May 8. What is going on in Japan now is personal for me. 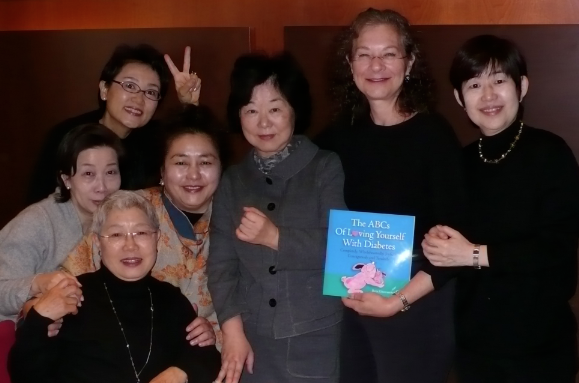 Watching the devastation first unfold in northern Japan from an unheard of triple whammy -- earthquake, tsunami, nuclear facility meltdown -- I was sad beyond belief. I reached out immediately to see if my friends in Tokyo were OK.

This quickly popped into my inbox:

Thank you so much for your email.

I was on the 43rd floor of Dentsu Building when the earthquake hit.
I could not stand still for quite long time and hid under the table.
And then, all the elevators stopped so I waited until late at night and
walked home for over an hour.

I experienced my first big earthquake shortly after I arrived in Tokyo. I was on the sixth floor of my office building, and one morning the building began to sway from side to side. I remember watching the building across the street move up and down and seeing the shock on co-workers' faces. It's very bad, I learned, when your building moves up and down. Then our building was moving up and down. Finally it stopped. I spent months afterward thinking every swivel of my swivel chair was an earthquake.

The devastation in Japan doesn't seem to stop. When the quake and tsunami first hit, schoolchildren were swept away, while others waited at school for parents who had also been taken by the tide. Coastal towns were gone in minutes. Freezing cold and snow hasn't stopped.

Refugee centers are now filled with the elderly; more than 30 percent of Japan's population in remote areas is over 65 years old. Who will care for them? How will they rebuild their homes, their villages, at 70, 80 and 90 years old?

There is no power, no water and scarce medicine and health care available in northern Japan. Aftershocks continue, as will the emotional fallout and extraordinary financial costs for years to come.

Residents in Tokyo, about 180 miles from the Tohoku area, the epicenter of the destruction, are living with food shortages and finding radiation in their water and agricultural crops. They are going about their business without knowing whether it is safe to still live there. Whether they will discover in 10 or 15 years that it was not.

When I lived in Tokyo I was working as a copywriter for a major advertising agency. Those years were idyllic in many ways, and changed me for the better. I became an international citizen; my outlook broadened like the stamps in my passport. At the same time, I was 5 years old again, discovering a whole new world each day: new vistas, new culture, new friends. 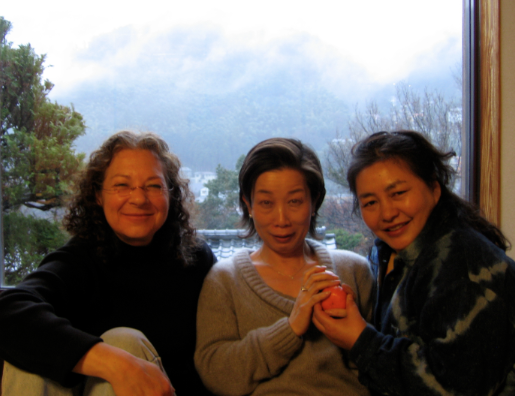 (In the Japanese mountains with friends Nori and Nana)

One of my first memories of Japan was the tiny pre-fab hotel room I checked into upon arrival. The entire bathroom was built of one sheet of molded plastic. That astonishment was only rivaled by how when I left the hotel to find a restaurant for dinner, all of Tokyo smelled like soy sauce.

I can't count how many times I bit into something unexpected, like a sea creature, when I thought I'd brought home vegetable tempura. I can still hear the "yaki-imo" man's plaintive cry in the early evening, offering fresh baked sweet potatoes off his little truck. I remember the look of discomfort when my American friend and I sat down at a sushi bar in a small country town, and the bow, smile and hand that reached over the glass partition to take the fish eyeball from us we had scooped out of our soup.

I still see sales girls running with my yen to and from the register, and then presenting my change to me on a silver tray. I am forever indebted to the stranger who, at midnight, walked me 25 minutes out of his way to my train station so I could find my way home. Each spring I want to repeat the 10-mile bike ride I took my first year under bouquets of cherry blossoms as breathtaking and delicate as snowflakes. And fortunately, I can laugh now at what wasn't funny at the time -- the smiles and vertical head nods in business meetings that to any Westerner meant "yes," but to any Japanese didn't. 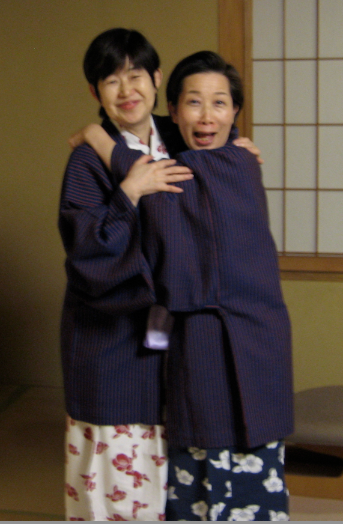 Japanese etiquette has surprised many journalists covering the crisis. They are awed that those who've lost everything are so selflessly helping their neighbors. Small noodle bars in tatters are giving out free bowls of soup. People are calmly, kindly taking care of each other at refugee centers. There's no shooting, no looting. That is no less than the social obligations from which Japanese life is woven. While as Westerners we may have a picture of the Japanese as cold or cruel, I could show you too many pictures to count of their warmth and humor, generosity and kindness.

That is not to say this is a perfect society. It has its own underbelly, and if you are Japanese, its rules can chafe and feel far too restrictive. But the qualities and characteristics I appreciated most in the Japanese people when I lived there are on full display during this crisis.

My friend Yumiko sent this email about her experience during the earthquake and her thoughts:

As you probably know through TV news, just after the earthquake, some people made a long line in order to get foods and drinks in Tokyo, but people became more calm at present.

When the big earthquake happened on March 11, I was on 19th floor for the meeting. It was soooo big. I have never ever had it before in my life. It took about an hour until I felt OK because additional earthquakes never stopped.

After the earthquake, all the elavators stopped in our building on that day, we walked to my office on 38th floor from 19th floor. Since I heard that the services of almost all the transportation stopped, I decided to walk from our office to home. I could find my colleagues who have the house in the same direction, so we started to walk from Shimbashi around 17:00. Up to Shinjuku I could walk with them, but from Shinjuku I had been walking alone.

I tried to call my husband many times but the connection of mobile phone was so bad on that day as well as for other people. Finally I could talk with him and he came to see me by bicycle in Meidaimae. We arrived at home around 23:00 although we took a rest during the way to home. On that day, it was so cold and windy.

I was so impressed by the people when we walked to my home because completely strangers along the street served us hot tea and sweets and then offered us the use of toilet and encouraged us to walk to home. Probably all of them already know from TV or something that many people walked to their home for a long time. It was so helpful and I felt warm.

Every time when I watched the life in evacuation place, I felt so sad and almost crying same as you. We also worry about the atomic thing.

I am now in Phuket on business. There are many middle-aged tourists from Northern Europe and Russia here in Phuket. They are relaxing and enjoying under the sun. It is very contrasting with the people who lost families and houses, and are in a cold shelter although it is a stupid comparison.

I really, really hope people in the affected area can have lots of energy to live even if they lost many things. And, I think you might also know about many people who have diabeates in the affected area. They are facing the big problem because of lack of medicine or insuline (You know better than me, I think.)

I return to Tokyo on March 22. Hope everything is getting back to normal even bit by bit in Japan.

I asked Yumiko after she returned to Tokyo if I could print her email. She told me, "I am happy you appreciate my experience, but it is nothing when we think of the people in the Tohoku area who are suffering. Please only handle my email as just a small experience of your friend who is living in Tokyo, far from Tohoku." I hope this is what I have done.

Of course, Yumiko's mention of diabetes in her email is also personal for me. I've been wondering if you have an illness that requires daily medicine to live, like I do having diabetes, and you've lost everything, how do you survive?

Yumiko's walk home aided by strangers reminds me of how New Yorkers came together on 9-11, and in a world that feels like everywhere you look another disaster is occurring, it heartens me that we can still come together to help and uplift each other when disaster strikes.

As I mentioned, I am flying to Tokyo in early May. I hope for the sake of the Japanese people I will be told it is safe enough to make that trip.

If you'd like to make a donation to Japan's recovery, several of the charitable organizations participating are listed here.

Riva is the author of "50 Diabetes Myths That Can Ruin Your Life and the 50 Diabetes Truths That Can Save It" and "The ABC's Of Loving Yourself With Diabetes." Visit her web site, DiabetesStories.com.

Lest you wonder, the photos above come from my personal photo album.