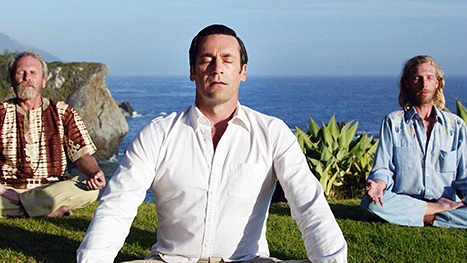 I love how Mad Men ended.

After 7 seasons of running away from themselves, the complex characters managed to find their way home. And as the final curtain fell on the textured world that creator Matthew Weiner designed for our guilty viewing pleasure, I renewed my faith in the power of redemption, and in the simple splendor of a TV ad that celebrates the human spirit.

Here are just some of the worlds in Mad Men that kept me coming back for more.

The world of advertising
At its core, advertising is about telling moving stories to solve business problems. Yes, it does exist to push product, and the sales-averse among us may feel that this makes it a sleazy, soul-less profession.

But I know that for every advertising professional who's motivated by the cash, there's at least one other who delights in its craft, that maddening and gratifying process that demands more creativity, more dexterity and more conviction from you than you might believe you have to give.

I worked in advertising and marketing agencies for years. We often had to pitch for new business in a weekend, or to come up with yet another brilliant campaign idea as soon as clients wanted it. Which is what made it nearly impossible for me to watch Mad Men when it first aired. Spend 15 hours or more at work, then come home and watch a show about that work? No thank you.

But that manic pace was exciting to me when I was younger. Just like the main characters on Mad Men, I lived for the moments when a client approved a new campaign idea, or when we won a new piece of business. It's an adrenaline rush like no other. These days, I'm less convinced that it's healthy for the body, mind and spirit.

Speaking of spirits...there's a reason why the Mad Men characters smoked and drank so much. I remember how my coworkers looked forward to Friday nights. They couldn't wait to head to the pub and down their favorite adult beverage. You see, during the week, we couldn't yell at our clients, even when we knew they were being unreasonable. They paid our bills and kept the lights on, so we often had to swallow our frustrations, then drown them in many a weekend pint. And those long work days resulted in many uneaten dinners at home, frequent arguments with loved ones who wanted more of us, and the occasional wringing of hands as we asked ourselves if the perks (e.g. free tickets to client-sponsored events, early access to client products) were worth the pain.

I left that world a few years ago. I'd stumbled into advertising, and was more than happy to stumble away from it. There are days when I miss the camaraderie. But I don't miss the constant high-adrenaline situations that left my body burned out and exhausted.

The world of 1960s America, and today 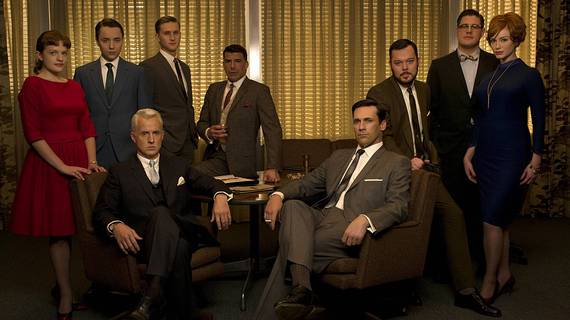 Set in 1960s America, Mad Men reminds us of monumental events like the John F. Kennedy and Martin Luther King assassinations. It highlights sexism, racism and adultery. It deals with our universal quest for meaning, identity and self awareness when the world around us seems volatile and uncertain, and when countercultures threaten our world view.

These themes remain relevant today. They make the characters in Mad Men relatable, because they're also living out our modern-day realities. Its characters walk the morally ambiguous line that we all do each day, whenever we're faced with a choice between doing what's easy for us, or doing what's right for someone else.

We continue to champion the same causes from 50 years ago. There's been progress, and that progress has generated more nuanced challenges. Here in the US, flashpoints like Ferguson and Baltimore remind us that significant racial divides persist, and are further complicated by class divides and unconscious biases. Adultery has morphed into a deeper understanding and halting acceptance of alternative lifestyle choices, and of the full spectrum of sexuality and sexual identity. Sexism still lurks beneath the surface at work, though hope-inducing discussions about the 'bro culture' have surfaced in the male-dominated technology industry. Political leaders still struggle to reconcile their religious beliefs with the trauma that a raped woman endures. The quest for gender equity co-exists with the more fundamental quest to end gender-based violence.

Shows like Mad Men remind us that we've come a long way, that we should pause to celebrate what we've accomplished, and that we still have further to go.

The world of Don Draper
Many of the characters in Mad Men searched for love and meaning in all the wrong places. Don Draper, one of the main characters, eventually realized that serial affairs and client victories were hollow and short-lived. Despite his transgressions, he did his best to be a good father to his children and shielded them from his exploits. Which is why it had to take his daughter walking in on him & his latest love interest, to wake him up to his double life and what it was doing to his soul. We see our truth clearly when it threatens to destroy what we love, and the tenuous threads that strung Don's life together began to unravel even more furiously. He turned his usual disappear-from-work act into an mindless sojourn from New York to California, trying to hunt down the ghosts of his past and banish the demons from his present.

Don's final scenes take place in a Californian hippie retreat. He confesses his deepest sins on a phone call to his protege, amidst her pleas for him to 'come home'. But this will turn out to be that most intimate of homecomings for Don, the one where he returns to himself, and his truth. During a group therapy session, he breaks down and comforts an everyman who expressed the same despair that Don had carried inside himself for years. He sits atop a Californian cliff and chants that most sacred and universal of peace-seeking mantras, Om. Then he returns to the ad world, enlightened, refreshed and armed with the idea for one of advertising's most iconic creations.

Some show critics had a cynical take on Don's motivations for this ad. All I can say to that is, if we insist on being cynical about even our fictional characters, what room does that leave in our hearts and souls for the pursuit of lasting real-life happiness?

I remember that ad. I remember singing it as a child, enamored with how it filled me with hope for humanity. Ironically, it didn't make me want to buy a Coke. But it did make me want to teach the world to sing, in perfect harmony.

Thank you Matthew Weiner, for creating a world that we could luxuriate in and learn from. And thank you for ending it on a largely optimistic note. These days, we need every ounce of hope we can get.

Maya writes to make sense of the world around us, and inside us. Support her writing here. She's also creator and host of the Executive Book Club Podcast, where she shares practical wisdom for soul-searching leaders.