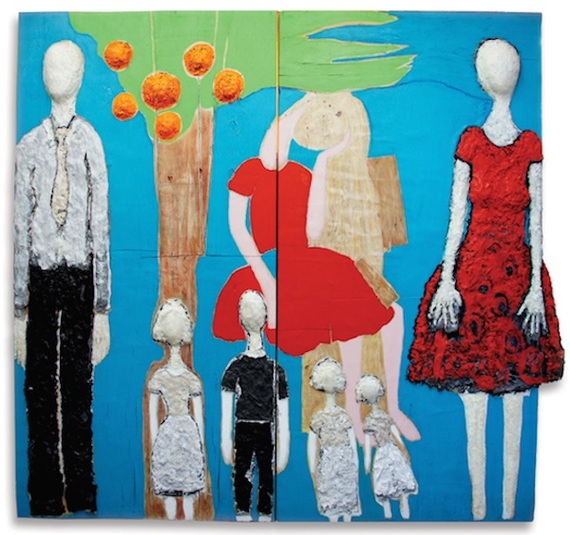 "For a moment, I sensed that if any old object from my old world were to be discovered and scrutinized now, from my new viewpoint, it could be transformed into that magical piece children are always looking for." --Orhan Pamuk from The New Life 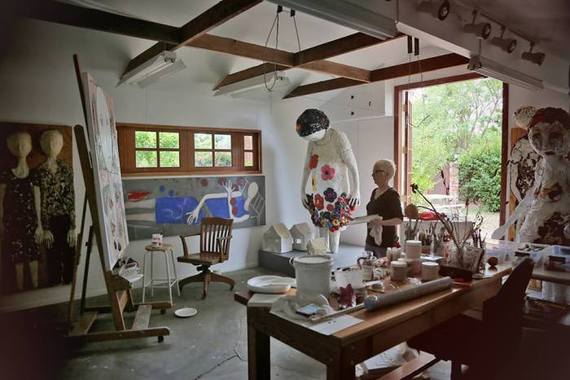 Malka Nedivi in her studio. Photo by Shoebox PR

Painter, sculptor, and accidental filmmaker Malka Nedivi's studio is an unruly treasure trove of found objects, non-traditional materials, personal narratives, family secrets, collective symbolism, dark wit, and an abiding affection for all things broken, lost, and redeemed. In her art practice, as in her moving new documentary on her mother's troubled legacy, we see that Nedivi's most singular gift is for transforming the literal and metaphorical artifacts of ruin into objects and experiences of folkloric, fantastical, and hypnotically eccentric beauty. 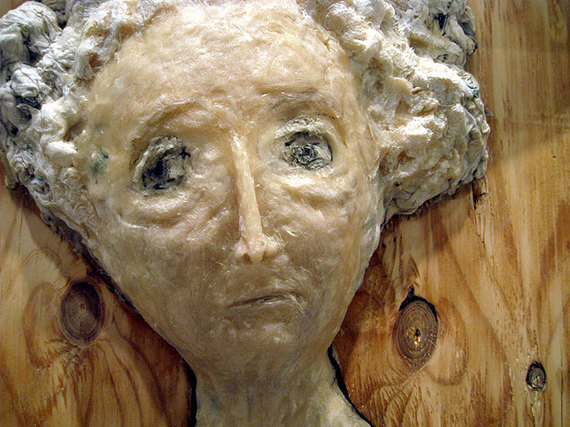 As a painter and sculptor, Nedivi's subjects tend toward quasi-domestic settings and/or allegorical landscapes. She is attracted to imagery of homes, rooms, or surreally idyllic natural surroundings, presenting an inexhaustible array of stylized portraitures depicting single figures or small nuclear-family groupings, against either saturated, emotional color fields, or the fractal swirls in the grain patterns of wood panels, or both. Her figurative style is exuberantly unselfconscious and irreverently raw, with a folk-art flair for ambiguous symbolism and a narrative emotional depth. Her relationship to low-caste materials could drive the precious-minded to distraction, but her empathetic taste for the once-lost, re-used, re-purposed, and historiographically actual is a deliberate and indelible part of her practice -- and her personal story. 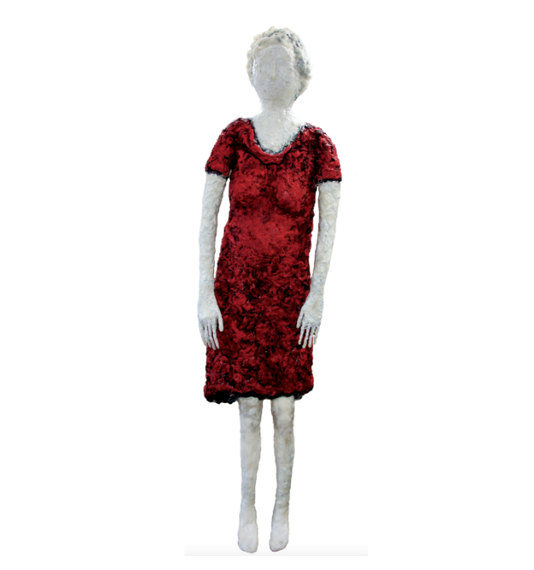 But a conversation about her "non-traditional" materials -- old clothes, found wood, rolls of delicate chicken wire and just bits of this and that -- contains an unexpected dimension. There's a moment toward the end of her documentary, when in confronting the aging, increasingly helpless, defiant hoarder her mother had become toward the end of her life, Tzipora tells Malka that the things she picks up in the streets are "precious treasures," objects she rescued because they spoke to her, and she was sure she'd find a use for them... someday. She, of course, never did. But Malka, well, she is actually using some of them and many other things like them, in her art, giving them the new life her mother foresaw, even as Malka struggles to heal the traumas that drove her to flee her childhood home. 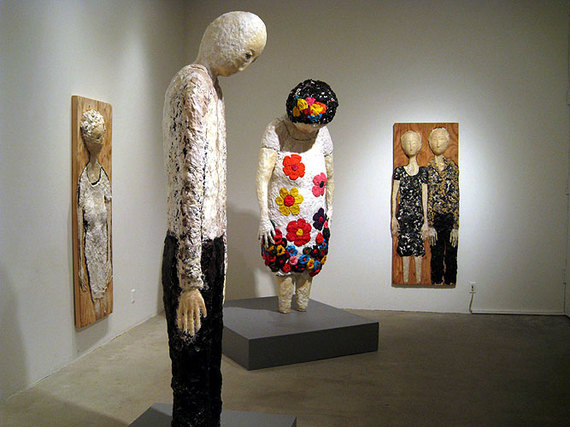 Nedivi's large-headed, stooped, stolid bodies and faces are more about evocative mass and volume than likeness, as her imagery and materials fuse into facets of the same meaning; where what it is and what it's made of, why it looks how it does and what that means -- become singular to the artist's identity, against which she no longer struggles. Instead she seeks to redeem and transcend her own past -- to give all of it a new life, a fresh set of meanings, a legacy worthy of her mother's youthful, unimaginable heroism and the damage inflicted on her psyche during the Holocaust she survived. This is where the movie, even though it never mentions Malka's art practice, retroactively lays the foundation for the decades of work that came after it was filmed in 1996-2001, making it clear that what perhaps began as an experimental instinct has been elevated into a signature of deep significance. The work shows qualities of sculptors as diverse as Nikki de Saint-Phalle's feminine monumentality, Enrique Martinez Celaya's introspective melancholy, and the soulful, honorable despair of Joseph Beuys with his fat and felt -- all artists who, like Nedivi, treat a diasporic, paradoxical family legacy as fertile ground for cultivating a new history from the remains of the old. 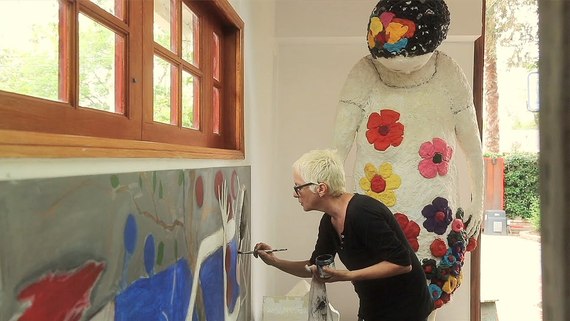 Malka Nedivi in her studio. Photo by EMS 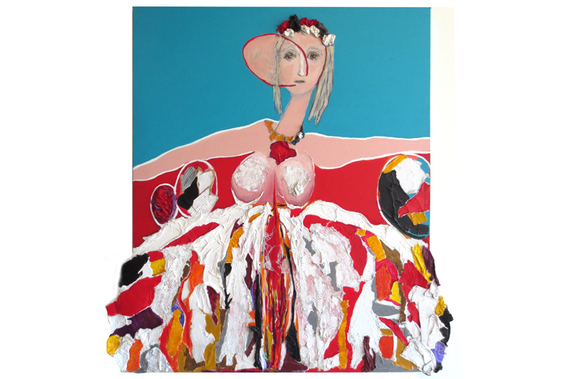 MALKA NEVIDI will screen her documentary feature TZIPORA'S NEST at the Skirball Center on Sunday, July 17, at noon, followed by a Q&A with the author. The event is free but space is limited, RSVP required.