Um, is #HoneymoonGoals a thing?

The last person you expect to run into on your honeymoon is America’s favorite talk show host, let alone a former president, but so the story goes for “I, Tonya” star Margot Robbie.

The Australian actress tied the knot with husband Tom Ackerley in December 2016, but they took their honeymoon months later in Tahiti. After a few days on a secluded part of the island, the couple finished off the trip at a luxury hotel.

Robbie recounted the trip during an appearance on “The Ellen DeGeneres Show” on Wednesday, including the very key detail that Ackerley was wearing revealing short shorts at the time.

“Tom puts on these shorts, his oldest gym shorts, and they’re tiny,” Robbie said. “And they’re like really short and there’s nothing underneath, so he gets on his bicycle to ride there and I’m like, ‘Whoa. Babe, you cannot wear those shorts. They’re like ― you can see everything.’ And he’s like ‘C’mon. Who are we going to run into?’”

That’s when they bumped into DeGeneres her wife Portia de Rossi, and Barack Obama, who were exercising in the hotel gym.

“The whole thing was so absurd,” Robbie said.

“It was a very confined space, and we then had to do this whole, like, class, this stretching class, and Tom meanwhile is trying to like, not reveal anything,” she added. “And he’s dying and I’m crying so much, I’m about to crack a rib.”

Robbie did, however, get some face time with Obama, who apparently is a major fan of the actress, calling her “very talented.”

Watch Robbie talk about her role in “I, Tonya” below. 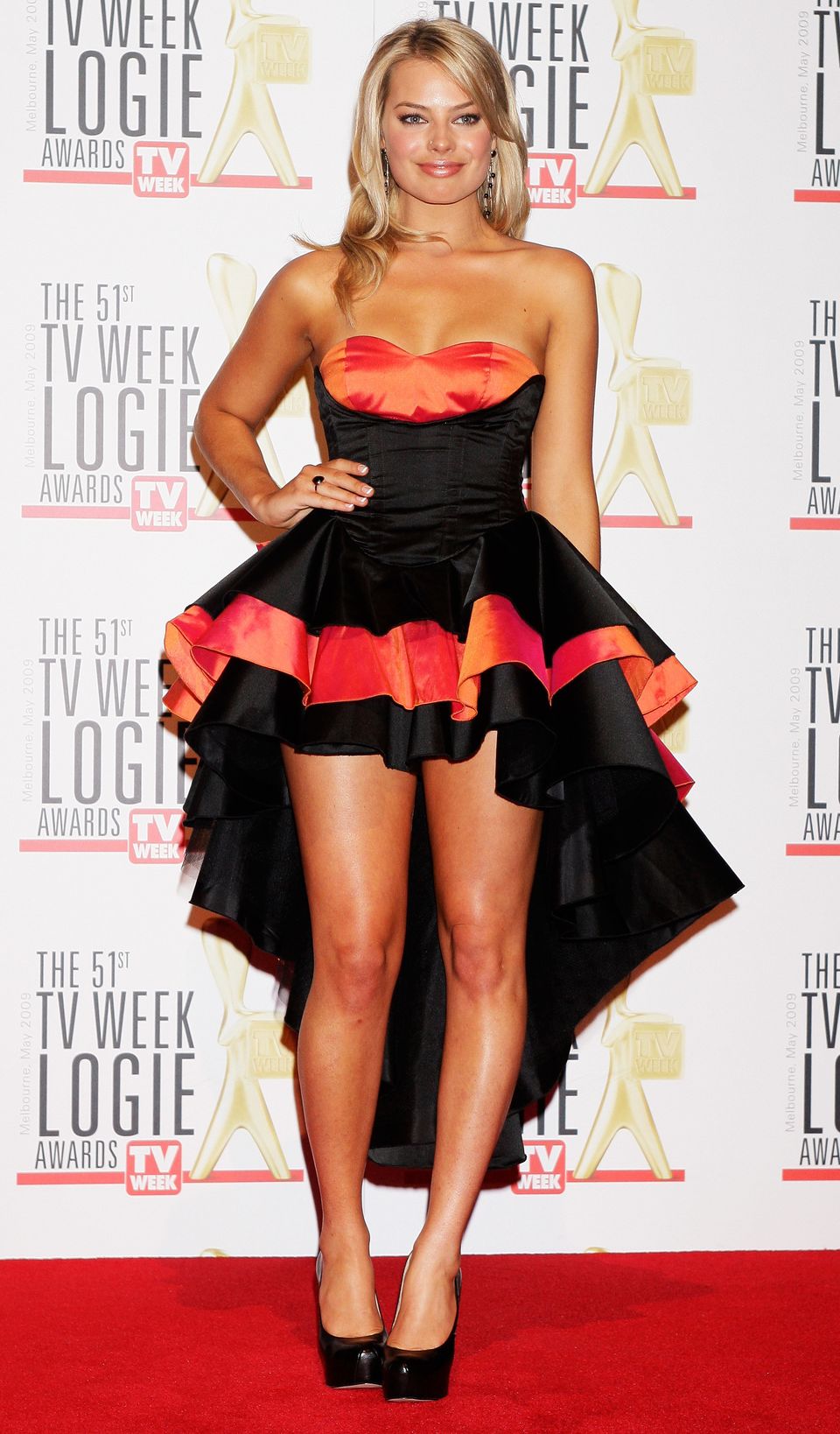