The "Mark Zuckerberg doll," as some are calling it, has gone on sale at MICGadget.com. It's not actually identified as Mark Zuckerberg though, but instead "Poking Inventor Action Figure."

The move not to officially call the doll Mark Zuckerberg - although it clearly is him, complete with his trademark hoody and jeans -, is likely due to Apple killing the "Steve Jobs" doll that M.I.C. Gadget tried to sell last year.

So what do you think? Will you get one? 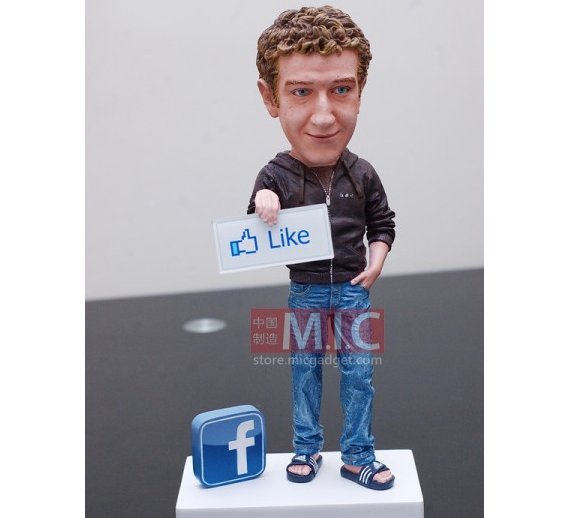