Somebody give Meryl Streep another Oscar, because her latest performance is HUUUUGE -- and might be her most convincing yet.

On Monday night, the actress transformed into none other than Republican presidential hopeful Donald Trump for the 2016 Public Theater Gala in New York City benefitting Free Shakespeare in the Park.

Getting into character, Streep donned plenty of orange makeup along with a wispy combover, fat suit and red tie. Just look at the resemblance:

This is why Streep is hands-down the best actor in the world: She can literally play anyone. (#NailedIt.)

At one point, she treated the crowd to a politically-influenced rendition of Cole Porter's "Brush Up Your Shakespeare" with Tony Award-winner Christine Baranski, who took on the role of Hillary Clinton.

Can Meryl Streep just be president? 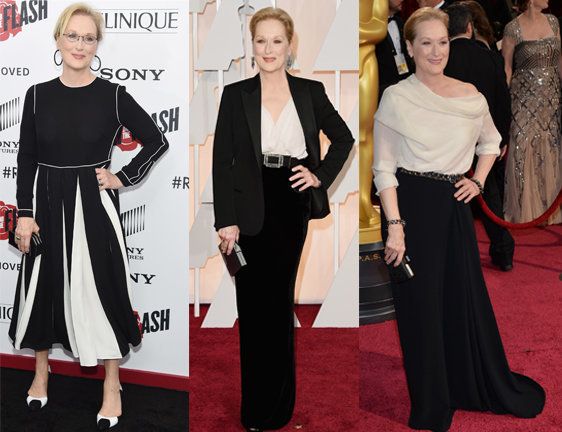 1 / 10
When you find a color combo that works for you, stick with it.
Getty Images