Things are getting serious for Mila Kunis and Ashton Kutcher.

After months of denying rumors the former "That '70s Show" co-stars were an item, photographic proof of the couple kissing confirmed what we knew all along, and now their relationship is heating up even more.

Page Six reports that Kutcher "whisked" Kunis away on a romantic vacation to Bali, where they are staying at a five-star resort on the southern peninsula. There, the couple are surely enjoying "wooden four-poster beds, a sunken indoor bathtub and ultra-private pools," reports the paper.

For months the couple claimed they were "just friends," in part perhaps because Kutcher is still in the middle of splitting from his wife of six years, Demi Moore.

But since the photos of the two kissing surfaced in July, they are no longer trying to hide their romance.

The pair even showed up to the wrap party for "Jobs," last week at the Los Angeles restaurant Duplex. A partygoer told People magazine that "they showed up as a couple and left as a couple." The insider source added that the couple "appeared to be lighthearted and in good spirits, and hardly left each other's side. They stayed within five feet of each other practically the entire evening. It looked like young love."

Love could indeed be blossoming, as the two have known each other for years.

“Ashton was Mila’s first kiss while on ‘That ’70s Show,' so they’ve always had a special bond. They started dating in the spring, and things have recently become more serious," a source told Page Six.

More stars who claimed they were 'just friends.'

PHOTO GALLERY
Celebrities Caught In The Act
Download
Calling all HuffPost superfans!
Sign up for membership to become a founding member and help shape HuffPost's next chapter
Join HuffPost 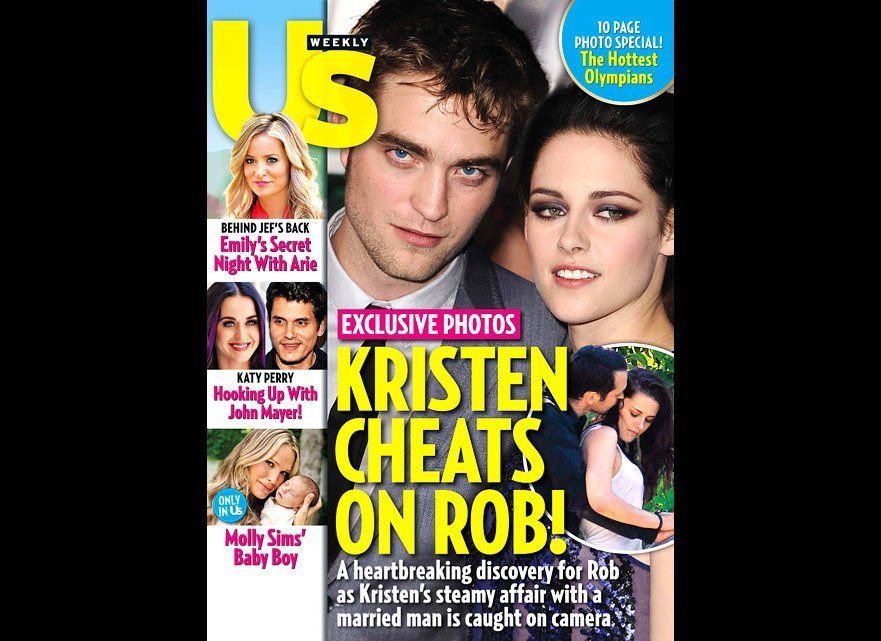 1 / 11
Kristen Stewart & Rupert Sanders
Kristen Stewart was caught cheating on boyfriend of four years, Robert Pattinson when <a href="http://www.usmagazine.com/celebrity-news/news/kristen-stewart-robert-pattinson-rupert-sanders-2012247#ixzz21aes8SYZ" target="_hplink"><em>Us Weekly</em> published photos</a> of the actress kissing her "Snow White and the Huntsman" director Rupert Sanders. The photos made the affair so hard to deny that both Stewart and Sanders made <a href="https://www.huffpost.com/entry/kristen-stewart-apologizes-cheating-robert-pattinson_n_1702836?utm_hp_ref=celebrity" target="_hplink">public apologies after news of the scandal broke. </a>