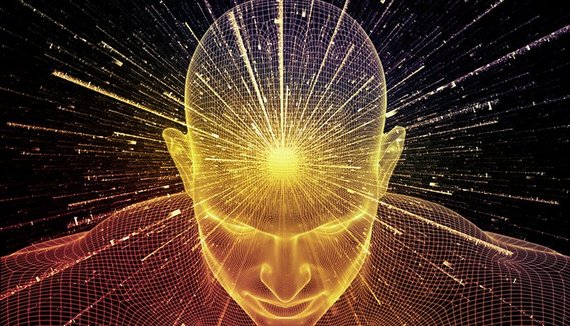 More and more of late, the age range of the entrepreneurial demographic -- those innovators responsible for the most recent advancements in tech we've benefitted from and enjoy -- has skewed younger. Whereas many of the great 20th-century tech geniuses were far removed from academia (and their parents' basements) when they reached the career-defining breakthroughs for which they came to be known, a huge portion of the entrepreneurial set these days still can't legally walk into a bar and order a drink. During the 20th century, the greatest innovators likely found themselves in the difficult positions of having to wait till the requisite technology for their respective developments evolved and became available for public use -- essentially, they probably had to wait until the tools they needed caught up with the ingenuity in their heads.

Today, the Millennial generation has outshone their inventive forebears by leaps and bounds. This is because these kids have grown up with highly advanced technology at their fingertips -- their ability to take this tech for granted because of their immersion in it, to be desensitized to the wonder of technological development. The Three Digital Accelerators I have written about over the years (bandwidth, storage, and processing power) and their predictable and exponential growth is simply a way of life for the under-30 set because this accelerating exponential growth rate is simply what they've always experienced. Combining this with their ability to invoke out-of-the-box thinking, thanks to their lack of experience, and it's incredibly easy for today's young innovators not only to use existing tech as a foothold for their developments, but to more easily identify what technology can be used to disrupt the next product, service or industry.

It's important for us to take note of these flashes of foresight as they appear in the younger generations, and to realize that by giving these youngsters our attention and resources, we stand to benefit from their creativity. And where does most of today's innovation take place? Your typical college campus.

Consider this: Snapchat was created as a class project at Stanford. Tinder was spawned as the result of a childhood partnership which found its footing in technology at USC. Jack Dorsey, the founder of Twitter, was an undergrad at NYU when his idea was developed. And we all know the now-familiar tale of Mark Zuckerberg's exploits at Harvard which led to the creation of Facebook.

Now, a new set of tech wunderkinds is stepping up to fill the shoes of the early-millennial innovators.

Everykey, the brainchild of Chris Wentz and a team of peers at Case Western Reserve University, is a great example of this thinking -- and it will soon be changing the way we interact with the world around us. What started as a college experiment has evolved into a $1.1 million tech startup. The concept is simple: What if we had a Master Key for all our offline and online needs? Everykey aims to replace everything from the lock on your computer and phone to the lock on your car and even the passwords of your online accounts, all with a lightweight wristband.

And how were Chris and his team able to bring this idea into the spotlight? Through crowdsourcing. On Kickstarter, the team raised $117,054 in pre-order sales. Their success caught the eye of several investors, ending a seed round of funding at $720,000.

Everykey's story is a confirmation of the efficacy of crowdsourcing in allocating funds to innovative projects. Without a wider business culture willing to embrace technological disruption, entrepreneurs have to seek other avenues for funding. Crowdsourcing as well as innovation competitions offer a way for entrepreneurs to get projects off the ground.

And it's not as if the products that require crowdsourcing are too peripheral or unprofitable for more traditional avenues of research and development. Wearables, a trend Chris and his team are responding to with Everykey, are a burgeoning area of focus in the tech sector. From Bluetooth to Apple Watch and Google Glass, companies have been experimenting with ways to integrate technology more comfortably and practically into our everyday life. As I've written before, even the healthcare industry has taken notice, looking for ways in which wearables can maximize preventive care by helping us measure our daily health.

At the same time, Everykey is responding to another trend in technology, the Internet of Things (IoT). With the advent of IoT, it's no surprise that a product like Everykey was in the works. It gives users of IoT integrated products a more streamlined controlled of their environment.

By widening the scope to include both offline and online locks, however, Everykey isn't just looking to comfortably fit into this trend. It's looking to change the game when it comes to security. With the $1.1 million in funding, Chris and his team can start developing a product that will have implications for several different industries -- from biometrics and data security to home security and even the automobile industry.

We should be rewarding this kind of creative thinking, not marginalizing it. Too often, companies stagnate by avoiding any discussion of new developments. And just like that, they are disrupted by the next big thing that changes how they operate. But it doesn't have to be that way. Change is productive. It's only disruptive when we don't take the time to identify the Hard Trends that are shaping the future, and take action to shape our future before others shape it for us.

One simple step toward being more prepared might mean offering younger folks like Chris a seat at the table. Think about how Everykey started as a college project. Then think about how many more teams like Chris's there are in colleges across the country. They are ready for the world -- but is the world ready for them? Young entrepreneurs are already well adapted to today's technology. They have a better grasp of the now, and can more easily navigate the next steps to tomorrow. Let's do what we can to put wind in their sails and give them the chance to better all our lives. Have you identified the young creative minds in your organization and given them a change to show you what they can do? If you don't, someone else might.