Devastated fans mourning Prince's passing were surprised and delighted to learn of his history of charitable giving as his friend Van Jones shared details including providing solar panels to marginalized communities to providing funding to help kids learn to code.

For those communities thought to be the perennial targets of charity (the poor, people of color, youth), the depth and breadth of Prince's giving shows how a reflection of altruism is also one of self-empowerment to solve problems in both our backyards and the world. Giving allows us to enrich the scope of our identities and affords an opportunity to be heard in spaces where our voices might otherwise be rendered mute. 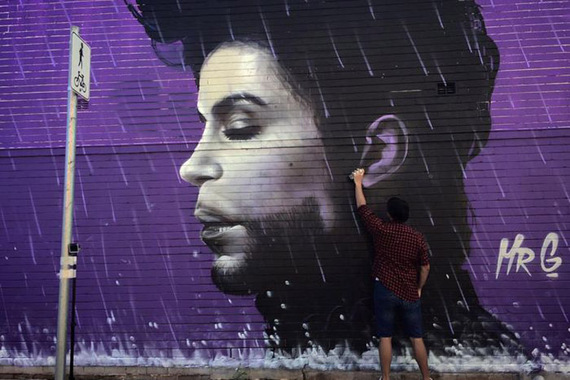 From providing basic needs in the wake of natural disaster and addressing the struggles of families torn by domestic violence to building of colleges and universities serving as educational cornerstones, charitable giving has played a prominent role in improving, shaping and advancing society. In 2014, Giving USA says nonprofits received more than $358 billion in contributions. Recognizing the impact of philanthropy, there is much to gain from examining the deeper implications of marginalized and underrepresented members of society to affect social change through giving.

As a long-time volunteer and fundraiser, a common trait philanthropists and community volunteers share is a desire to improve the lives of others. Discussions with many of these generous contributors have revealed this belief is a powerful shift, as they have sometimes come from backgrounds where they have been disempowered because of their race, gender, socioeconomic status or other defining characteristics of "otherness."

Van Jones on #Prince: He was inspired by the young people in #BLACKLIVESMATTER. His biggest prayer was that it will become an economic force

This shift is significant because of the impact identity has on the trajectories of our lives. Consistently being identified as the problem to be solved or community in need has major implications as this influences our self-image and others' perceptions of us. Just as media portrayal of young black men and women has contributed to the systemic criminalization of youth, so has the labeling terms of victims, impoverished, uneducated and unhealthy contributed to the perpetuation of these cycles within our communities.

The work of African-American philanthropy advocate, Darryl Lester points to a rich history of charitable efforts emerging from within marginalized communities that remains largely under-recognized and underexplored. The dominant narrative is one where people of color, women, youth and poor are characterized as chronically needy recipients, and rarely the source of viable solutions. This contributes to a self-fulfilling prophecy, eventually becoming the expectation.

Traditionally, philanthropy has been contextualized within the framework of the contributions of the wealthy and elite. Recent discussions explore the power dynamics between donor and recipient, shedding light on the strategic benefits of philanthropic involvement. This raises questions such as what and who does one gain access to as a result of giving? The history of American higher education is rich with examples of marginalized groups such as women, African-Americans and Jews provided with access due to the influence of benefactors who gave with the goal of neutralizing the impact of discriminatory admission practices.

In doing so, individuals existing outside of the philanthropic "mainstream" have been given power to use the vehicle of giving to provide solutions to their needs. Practically speaking, giving often provides donors a proverbial seat at the table via galas and other events serving to connect like-minded individuals seeking to make a difference - whether as donors, service providers or politicians.

For example, Binta Brown, CEO/Founder of Big Mouth Records, whose philanthropy has spanned education, the arts and human rights, notes a clear distinction in her motivation. Recognizing the absences of people of color, women, and youth in forums where key decision makers were present, she has been prompted to engage in political giving to ensure the representation of the voices that matter most to her.

Politics is not the only area where this correlation is relevant. Examining initiatives including community revitalization, education reform and social services often make decisions without including affected voices. So giving with a strong sense of awareness and compels us to "follow" our contributions, have a voice in problem solving and work to ensure effective use of donated resources. The underlying principle: When you give, you are at the table, and your voice will be heard.

Many argue that engagement in giving should be motivated by moral obligation, and that bringing issues of status, identity and influence into the conversation corrupts the nature of giving, framing it as a means of manipulation and enlightened self-interest.

But like the complex giving life of Prince, there is much that bears consideration. Pushing ourselves beyond feel-good notions of giving to a sense of power-shaping intentionality will help many gain perspective on the need for their engagement in addressing social problems and the impact we all can make on our world.