As a candidate for the Texas House of Representatives, it is difficult to get the word out about the campaign and the incumbent currently holding the seat, so I appreciate the opportunity to blog at Huffington Post. 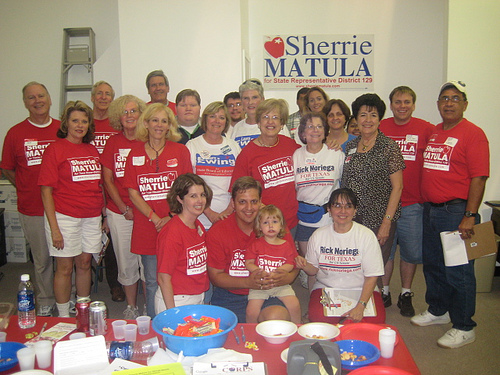 My house district surrounds NASA and is contained within what used to be Tom DeLay's district, now represented by Congressman Nick Lampson. The netroots connections in Texas have elevated awareness of our campaign as one of the races to take back the Texas Legislature. Our campaign recently received the endorsement and monetary support of TexBlog PAC in Texas.

The netroots community have given our campaign a big push toward winning the race by exposing the ethics problems of the incumbent. He has used large amounts of campaign funds for personal expenses, unaccounted for thousands and thousands of campaign expenditures, and a classic, spent $1500 buying custom cowboy boots with campaign funds.

One reason House districts are important to Texas is the upcoming Congressional redistricting in 2011. All we need are five House seats to undo the damage of Tom DeLay and turn the House blue. The campaign has an aggressive ground game having knocked on over 5000 doors since January with a large group of core volunteers, the "Apple Corps". We have more cash on hand than the 10-year incumbent with over 400 individual donors.

To help us take back the Texas House, visit my ActBlue page!