CONCORD, N.H. (AP) — Politically active pets are out of luck in New Hampshire, where some lawmakers have been told to keep their cats and dogs out of the room when they log on for remote hearings.

Rep. Anita Burroughs, a Democrat from Glen, said her cats, Yoshi and Jack, have made appearances during several recent House Commerce and Consumer Affairs Committee hearings — including Wednesday, when Yoshi’s fluffy black-and-white face partially obscured her own as he moved in for some attention. No one objected at the time, but a colleague later passed along a message from the committee chair, Republican Rep. John Hunt of Rindge.

“The chair talked to her and said no animals in the room,” Burroughs said. “I can try to keep the cats off the screen. Keeping them out of the room is going to be impossible.”

Burroughs said at least one other lawmaker’s cat attended the hearing, and another’s dog barked briefly in the background. Lawmakers’ children also have popped up, she said.

“That’s part of the life we’re living right now, and pets are part of it, too,” she said. “For me personally, it’s just calming having my animals sit next to me so I can pet them, and it doesn’t distract me in any way. I’m fully attentive to what’s going on.”

Lawmakers have been conducting much of their business remotely because of the coronavirus pandemic. Hunt did not respond to a request for comment, nor did the House speaker’s office to clarify whether the pet prohibition extends to other committees. 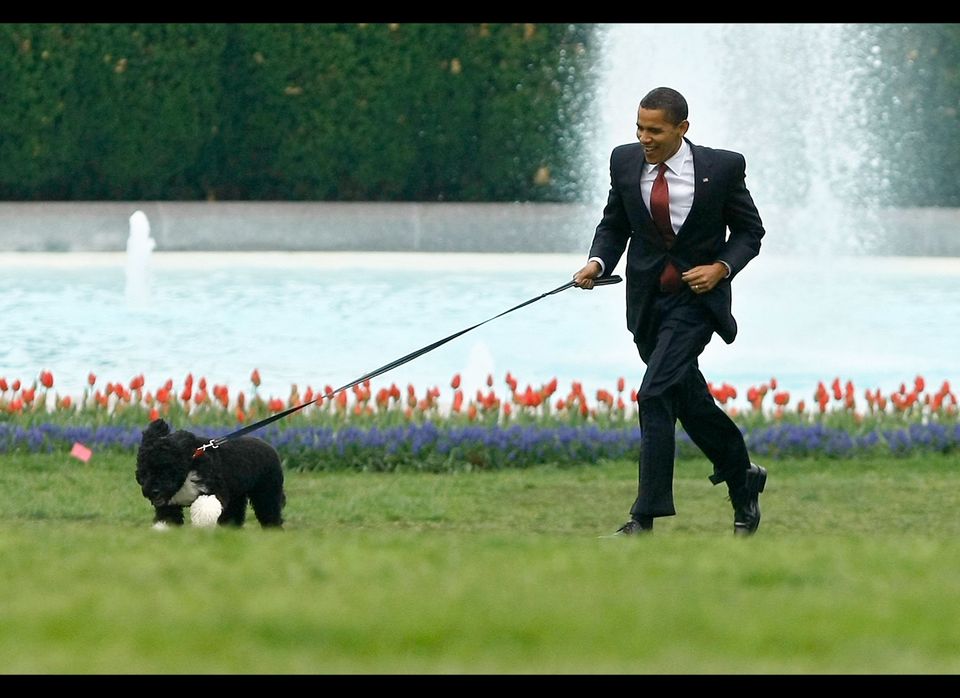 1 / 22
U.S. President Barack Obama runs with his family's new dog, a Portuguese water dog named Bo, on the South Lawn of the White House April 14, 2009 in Washington, DC. The six-month-old puppy is a gift from Sen. Edward M. Kennedy (D-MA) who owns several Portuguese water dogs himself. This breed of dog is considered a good pet for children who have allergies, as Malia does. (Chip Somodevilla, Getty Images)