How can you save a penguin from an oil spill? Knit him a sweater!

Last week, a New Zealand yarn store put out a request for knitters of the world to unite and put together "penguin jumpers" for the birds affected by the ongoing oil spill in Northern New Zealand, according to ABC News. Skeinz, in Napier, was soon flooded with little sweaters.

The sweaters serve a dual purpose of keeping the penguins warm until rescuers clean them and preventing the birds from cleaning themselves while they are coated with poisonous oil, reports MSNBC.

According to the Associated Press, the oil spill, which began after a cargo ship ran aground on October 5, has already left 1,300 birds dead and already cost New Zealand $3.2 million for cleanup.

New Zealand's 3 News reports that the Wildlife Centre in Tauranga, near the site of the oil spill, has received dozens of penguin sweaters and is no longer asking for any more.

Learn about helping other species by visiting worldwildlife.org. You can also see a slideshow of workers in New Zealand cleaning up oil-spill affected penguins. 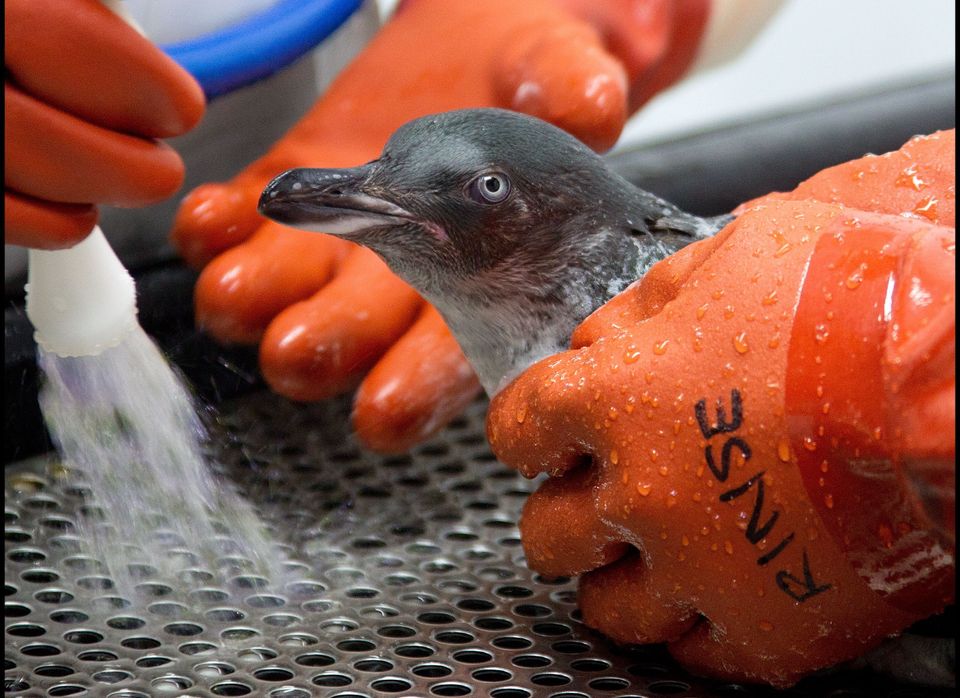 1 / 12
New Zealand Oil Spill
Oil is washed from a blue penguin at a wildlife facility at the Tauranga Wastewater Treatment Plant on October 18, 2011. New Zealand warned more oil was set to spill from a crippled container ship as looming bad weather threatened to halt the draining of fuel from the stricken vessel's tanks. AFP PHOTO / MARTY MELVILLE
Getty