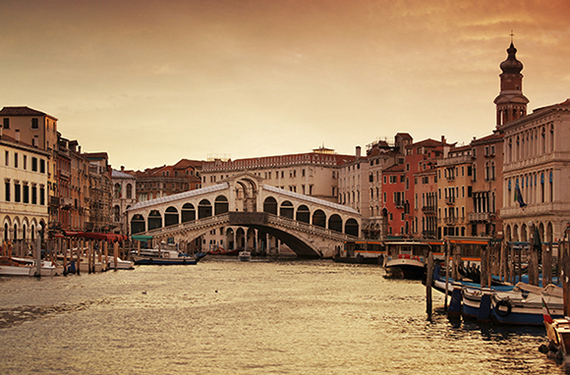 Call it the year of the bucket list. A strong dollar in destinations around the world is making this an amazing time to go farther and do more for much, much less in 2015. Find great value around the globe -- from usually pricey destinations like Japan and France to even better deals in affordable spots like Mexico and Eastern Europe -- and make 2015 a year to remember.

Find good airfare and you'll be able to maximize value on the ground in Chile. The dollar is at a five-year high against the Chilean peso, bolstering the already solid value that the country offers American travelers. LAN, whose flights dominate Santiago Airport, the country's most popular point of entry, has been running deals from U.S. departure cities including Los Angeles, Miami, and New York City.

Over the last decade, "cheap" has never been a word associated with travel to Europe. But in recent months, headline after headline has marveled at the sudden relative on-the-ground affordability of countries that count the euro as their currency, with costs for things like hotels and food about 20 percent cheaper than in recent years. Americans are looking at a dollar that hasn't been this strong against the euro since 2003, making this a real opportunity for travelers who have long hoped to visit.

Japan is back and more affordable than it's been in nearly a decade. A seven-year high of the dollar against the yen is putting this destination to watch in 2015 squarely on the radar of U.S. travelers looking for affordable dream trips. More bonuses for travelers looking for easier access and better value: new high-speed rail service, better value for money on the luxury end of the spectrum, and a network of affordable small inns around the country.

Russia regularly earns a place on the list of the world's most expensive hotel cities, so its inclusion on this list of value destinations is noteworthy. Falling oil prices have weakened the Russian ruble significantly, reducing the value of the currency by nearly 98 percent compared to the end of 2013. The Big Mac Index names Russia as one of the most undervalued currencies right now, estimating that a Big Mac costs just $1.36 RUB compared to $4.79 in the U.S.

Argentina's weak currency and economic woes are making it a particularly affordable destination for Americans this year. The value of the U.S. dollar has been climbing steadily in recent years, and it's currently at a 10-year high against the Argentinian peso. To get the best deals, MarketWatch cautions, travelers should stick to cash—either pesos or U.S. dollars, which are in high demand—since merchants occasionally exploit the fluid exchange rate to inflate prices on credit card purchases.

If you missed that amazing window back in 2008 and 2009 when the U.S. dollar was unbeatably strong compared to the Australian dollar, here's your second chance. With the U.S. dollar at a five-year high against its Australian counterpart, there's simply more Australia available for every dollar to Americans willing to put in the time to get there. Both Air New Zealand and Qantas have recently had sales on flights between the U.S. and Australia.

For years, the Canadian and American dollars have tracked pretty close to 1:1. That parity hasn't done American travelers looking north any favors. But with a shift in exchange rates, the wonders of Canada are suddenly a whole lot more affordable. A general downward trend in 2014 has turned into a plunge in early 2015, with current exchange rates of about 80 Canadian cents to the U.S. dollar.

When a good exchange rate becomes a great exchange rate, that's the time to go. The U.S. dollar is at a five-year high against the Mexican peso, hovering around 15 pesos to the dollar since December. Combine this currency boost with an ever-increasing number of nonstop flights connecting the two countries, then add hotel discounts to maximize vacation value in a major way.

Like Russia, Ukraine has taken a hit from falling prices in the commodities market. The Ukrainian hryvnia, which has long been stable, started weakening in 2014 and took a serious plunge at the beginning of 2015. The country has also suffered from a drop in tourism after Russia's aggressive actions in the Crimea region of Ukraine. But there's still plenty to see, and the Price of Travel Index 2015 puts the daily cost of a budget-minded but comfortable journey (including hotel, transportation, meals, drinks, and activities) at an affordable $46.

7 Cities With Best Bang For Your Buck

Read the original story: Nine Places That Are Surprisingly Cheap This Year by Christine Sarkis, who is a regular contributor to SmarterTravel.