If you’ve been on the internet the past couple of days, you’ve probably seen this photo of an owl appearing to "hug" the man who nursed her back to health after a serious injury.

But while the media has uncritically portrayed the photo as a grateful embrace, not everyone is so sure.

The image, posted on Facebook on Saturday, shows Doug Pojesky, president of Wild At Heart Rescue in Vancleave, Mississippi, with Gigi, a great horned owl brought to the rehab center with head trauma and a condition similar to pneumonia. Pojesky was caring for Gigi, but went away for a few days to visit family. When he got back, he said, Gigi perched on his forearm, hopped up towards him, and bobbed her head up and down just before getting into the position seen in the now-viral photo.

Pojesky says Gigi is giving him an affectionate embrace.

“In my opinion, yes [it’s a hug], because owls do that to their young chicks or fledged owls,” he told The Huffington Post. “They do embrace them. It’s not like humans going, ‘Hey, haven’t seen you in a while,’ but it’s a welcome embrace.”

But Dianna Flynt, rehabilitation supervisor at the Audubon Center for Birds of Prey, isn’t convinced.

While owls may sometimes protectively extend their wings over their chicks, that’s not remotely similar to a hug, she told HuffPost.

Flynt didn’t have an alternate explanation for what Gigi was doing. She noted that great horned owls have a tendency to lean forward and lean on things, a trait that could have been exaggerated for this particular bird. She also wondered whether the bird’s head trauma could have influenced her stance, but said it was difficult to say since she didn’t know what Gigi was like normally.

“Great-horned owls are one of the least cuddly raptors except when extremely sick,” she said in an email.

Pojesky made the same point about great-horned owls himself, noting that he was surprised that this type of owl was acting this way.

“The thing is, with birds of prey, for some reason I’m able to handle them and they’re extremely comfortable with me no matter what kind of bird they are,” he said.

But whatever went on between Gigi and Doug, the owl is in far better shape for having met him and the other rehabbers at Wild at Heart. They were able to release her back into the wild a few of days ago, and she's now flying free again. 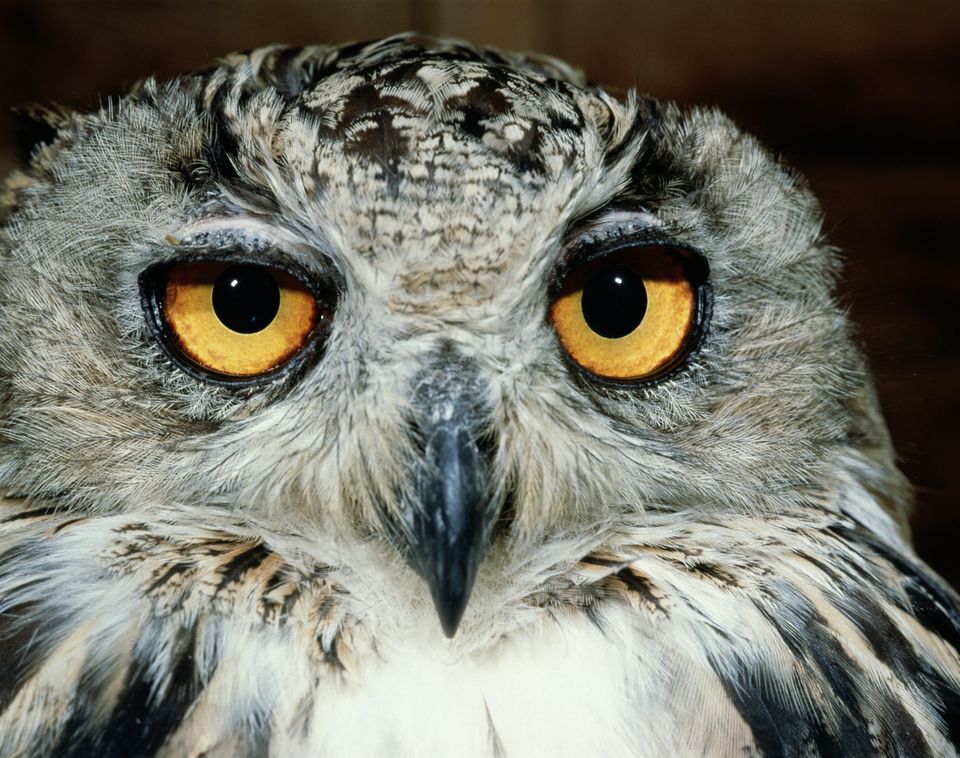