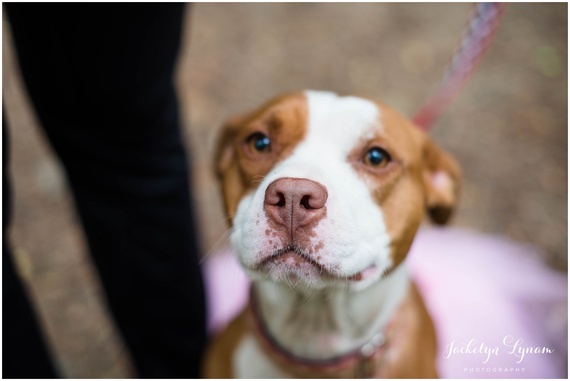 She cowered as I lightly brushed my hand over her back. She was terrified. I listened as the shelter staff explained her story. She was the product of one of the largest cruelty cases in recent history. She had been found bound to a chain with a hoard of other animals, left with no access to food, water or shelter. She was extremely skittish and avoided all human interaction. When she arrived at the shelter she was 20 pounds underweight.

I clinched my teeth.

She was one of the only dogs pulled from a recent cruelty case that wasn't dog aggressive, but she was having difficulty opening up to humans. They named her Mari.

I took her to an outside dog run to assess her temperament. She trembled in the corner, frozen, but still violently shaking. Her beady eyes stared at me, begging me to just leave her; leave her in the only place she had ever felt safe.

Despite her silent pleas, I couldn't leave her like this. She wouldn't get adopted in this condition. I texted my husband and he responded, "Pick the dog that needs us the most." I signed the foster paperwork that afternoon.

When we got home, I lined her crate with stuffed animals. As I gently picked her up to place her inside, she pressed her legs against my body, creating as much distance as possible. I had no idea how to rehabilitate a dog from a cruelty case, but I assumed it started with stuffed animals. 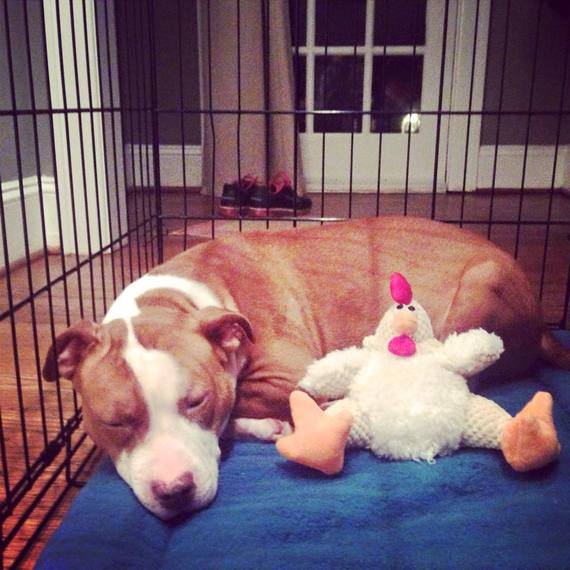 She would pin herself to the back of the crate, her heart shaped nose sticking through the wiring. In the mornings, I would have to drag her out of her crate and place her outside, where she hid inside our bushes. When we would take our nightly walks, we would oscillate between carrying and dragging her through our neighborhood. When we had guests over, we would find Mari hiding under large pieces of furniture, shaking. This period of isolation felt overwhelming at times, but we refused to give up on her. 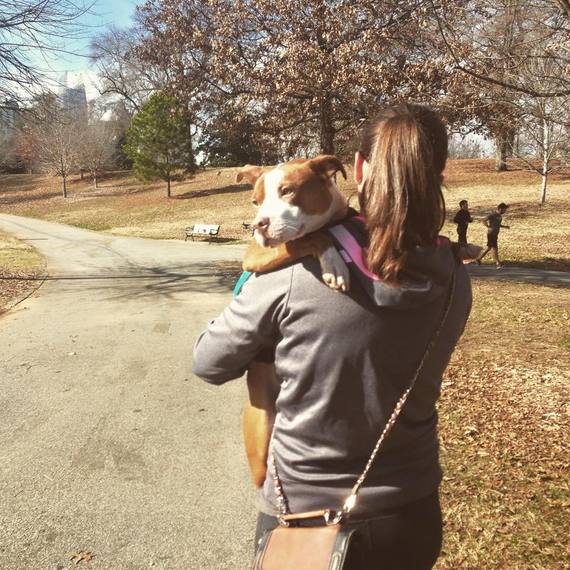 It happened gradually, but was still so pronounced when Mari began opening up to my husband and me.

She began eagerly greeting us at the front of her crate, her tail wagging vigorously. She began approaching neighbors and chasing after squirrels. She began jumping up and down each time we would get the leash out for a walk.

She was slowly learning how to be a dog within this world. Each long night, each tough decision became worth it. We would sit on our patio and watch her sprint across the yard with such confidence. My chest would fill with emotion when she would catapult herself into our bed, nuzzling her way between us. 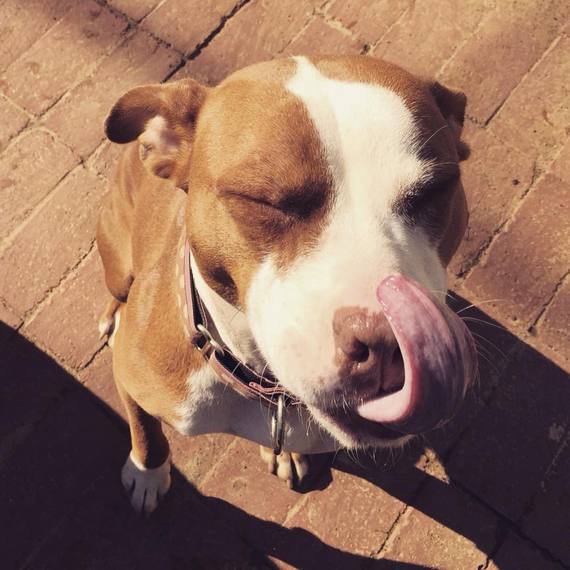 To watch a dog transition from terrified to content has a great impact on those who witness it. You too adopt a piece of that contentment, that grace. You too learn what it means to survive in a world that that has worked so hard to destroy you.

Mari has since been adopted. She now spends afternoons playing with her new canine sister in the backyard, stopping only to say hi to her new mom. She takes naps on the couch, lying in between her feline sisters. And she's the star student in her weekly training group.

But Mari's story could have been very different. What if animal services never found the home where she was being abused? What if I hadn't gone to the shelter that day? What if we said no? What if we gave up?

Mari taught us to always pick the harder path, the path that needs you the most. The path that often seems unbearable at times, but in the end is always worth it. 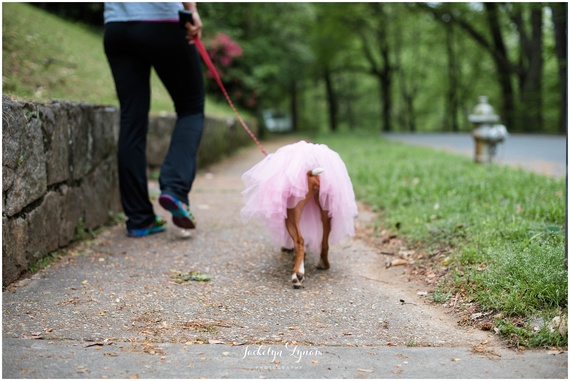