True pioneers are fuelled by their vision of how a new world could be, and dare to take on what has never been done before. Now, when so few people have any vision at all of the future, the pioneering spirit embodies the kind of leadership so deeply needed on the planet.

Today's pioneers are sufficiently in touch with the planet, and with their inner voice, to know what needs doing and how to do it. This begins in the radical mastery of one's inner being. Brilliance, charisma, eloquence -- these are wonderful gifts that a leader can possess -- but these gifts gain ultimate effect and coherence only when fueled and sustained by inner power. In half a century of work in the world, the most important lesson I learned from observing leaders like Nelson Mandela and Desmond Tutu at close quarters is that inner work is a pre-requisite for outer effectiveness -- that the quality of our awareness directly affects the quality of results produced. 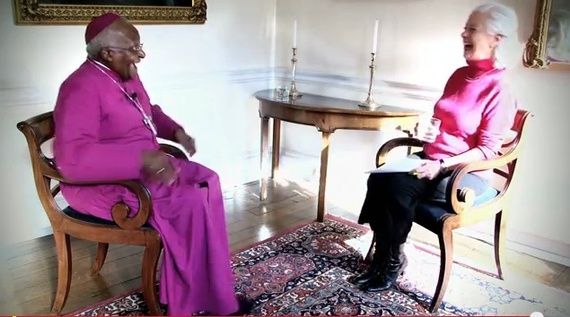 This inner power is the diamond formed by years of honing self awareness, practicing selflessness and observing and controlling the ego. It results from developing the essential skill of empathy, even for those who oppose you -- and the humble commitment to keep learning the skills of deep listening and mediation.

What I'm expressing here has been known in all the great spiritual traditions, but needs to be reclaimed for a secular world in crisis, and in language that all can understand. Without leaders of this kind in every sphere and institution of our world, our chances of survival are grim. With such leaders, a world can be built that our grandchildren will be proud of.

I am certain that a different future for all of humanity is possible, if humans wake up. Interestingly, this is happening fast now in the corporate world. Reflection, mindfulness and inner work are now seen as an essential tool in many leading companies, extensively featured in the sober Financial Times of London and on the cover of Time Magazine.

But waking up means more than sitting quietly in meditation. It means a radical revision of values, and young social entrepreneurs are at the cutting edge of this. During the summer of 2013 I helped train young entrepreneurs from Colombia, Morocco, Egypt, Lebanon, Kenya, Mauritius, India, Pakistan, Azerbaijan, Bosnia, Germany, the Netherlands, Russia, Uganda, Ukraine, and United Kingdom to become builders of the kind of world they want. 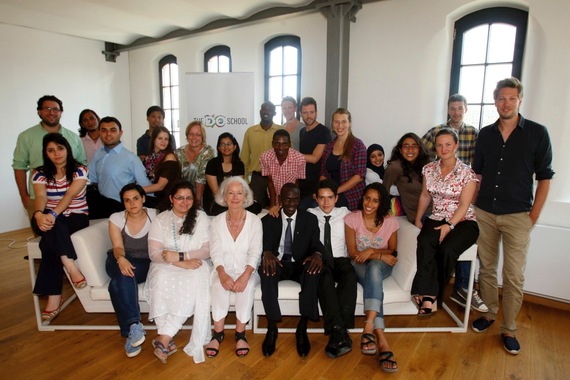 Besides all the technical skills they needed -- to research their projects, build a website, raise start-up funds -- they learned the inner skills that are vital in really transforming the world: skills to build trust in their teams, to resolve conflict quickly and effectively, to speak truth to power. Self-awareness at the individual level is what can enable each person to wake up and do what's needed to ensure a future for us on this planet -- to change the world from the bottom up. And that's what they learned in this course.

There's a growing passion out there to do this work -- there were two thousand applicants for this yearlong course at the Do School based in Hamburg, Germany. In 2013, over 5,200 young change makers applied for a Do School fellowship. The alumni of previous courses are back home, cascading the skills they learned. Do School fellows worked on their start-ups in over fifty countries, spending a total of over thirty thousand hours working on innovative ventures to solve local problems in their communities, touching the lives of over one hundred thousand people. In response to demand, there are hundreds of such courses becoming available now around the world.

And it's not only the young. Today there are thousands and thousands of highly paid professionals in their forties and fifties quitting well-paid jobs to devote their skills to the good of the planet.

You and I know many examples in the West, but I think of Anupam Jalote, who quit one of the most senior jobs in Indian telecommunications to develop anaerobic digesters so that villagers all over the massive sub-continent could cook with local sources of renewable energy. But work like theirs is below the radar -- it doesn't make headlines. It's at street level -- and you might well miss what's happening. Most of the media certainly have. 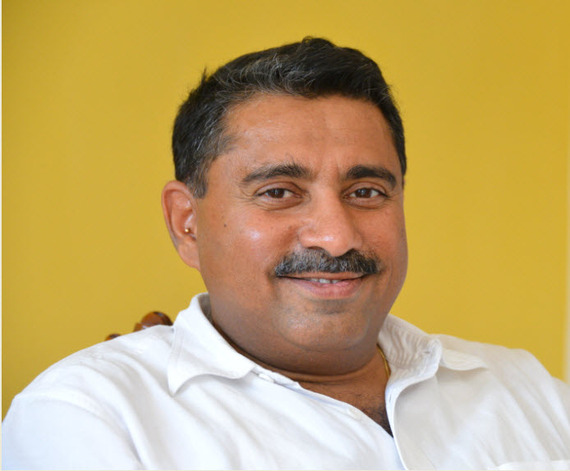 What's going on seems to me to be a movement without a name -- like green shoots coming up through concrete. These are the people who are hunting truth, who are awake to the earth, who have woken up to what previous generations have done and refuse to resign themselves to simply wait out the crisis or relax into mindless consumption. They have the intelligence to see through the fog of spin, to piece together a global picture of trends, and to realize the extent of our present crisis.

They have courage enough to enter the darkness of what humans do to humans, to see the worst results of destruction, to stand up to put a stop to it, to create something alive and dynamic in its place. This was foreseen by Martha Graham, one of the greatest artists of the twentieth century:

"There is a vitality, a life force, an energy, a quickening that is translated through you into action. And because there is only one of you in all time, this expression is unique... You have to keep open and aware directly to the urges that motivate you. Keep the channel open... There is no satisfaction whatever at any time. There is only a queer divine dissatisfaction, a blessed unrest that keeps us marching, and makes us more alive than the other."

The energy awakened in young social entrepreneurs is like a lightning flash -- I saw it jump from one to another over considerable distances, without a word said... a secret smile of recognition, a frisson from this special frequency, a confidence in the skill of each other to find a way through. And do they come through!

The connections are now happening quickly between those who have woken up and those waking -- whether young social entrepreneurs, NGOs, or business people -- because all have, to some extent, moved from "me" to "we." They care less about how much they have and more about how much they can offer. They want to improve things for others, rather than impress.

Paul Hawken, one of the world's leading researchers, describes a worldwide movement largely unseen by politicians or the media. He spent a decade researching civil organizations dedicated to social justice. In Blessed Unrest: How the Largest Movement in the World Came into Being and Why No One Saw It Coming, he shows how "these organizations collectively comprise the largest movement on earth. It is organizing from the bottom up and is emerging as an extraordinary and creative expression of people 's needs worldwide."

Today, people appear to have three responses to the current crises:

And these young social entrepreneurs know the secret. The mantra of last century was 'What can I get?' -- these young people know that the mantra of this century is 'What can I give?'. What they're willing to do is to risk all that others would guard so jealously -- career, fame, wealth -- to do what they can to make the world a better place. What's more, they love the adventure in this. As more citizens begin to wake up to what's possible, we seem to be realising that the earth really is ours to protect and defend.

_______________
Scilla Elworthy's new book Pioneering the Possible: Awakened Leadership for a World That Works is just published and can be purchased here. Her TED talk on non violence has been viewed by over 840,000 people.