"The age of nations is past. The task before us now, if we would not perish, is to build the earth." -- Teilhard de Chardin 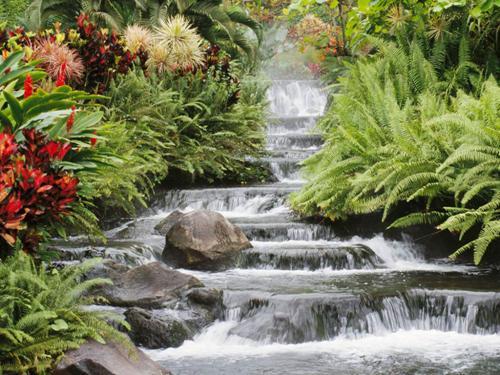 There's a new term being bandied about, and it's high time we paid heed: integral ecology.

Whenever the same notion arises synchronously in a number of different contexts -- in this case the Catholic Church, the Occupy movement, the climate movement, and the new-economy movement -- it's an idea whose time has arrived.

Rumor has it that integral ecology is the central theme of Pope Francis' encyclical on ecology and climate, due out at the end of summer. Encyclicals, "the highest and most comprehensive level of teaching in the Catholic Church," are the primary instruments by which the Church advises its 1.2 billion members on pressing moral issues.

The impending encyclical has already generated considerable media buzz, much of which can be followed at the website of the Yale Forum on Religion and Ecology. Moreover, Teilhard Perspectives, the semiannual publication of the American Teilhard Association (ATA), has dedicated its most recent edition to providing background and commentary on integral ecology. (For those unfamiliar, Teilhard de Chardin (1881-1955), whose quotation begins this essay, was a Jesuit paleontologist-priest whose influence on Christian thought, some believe, is second only to that of St. Paul.) The lovely lead article, by ATA president John Grim, deserves to be read in its entirety. Here, I'll summarize and offer a few complementary perspectives and quotations.

Integral ecology begins with the recognition that humanity now faces existential crises on multiple fronts: extreme economic disparity, increased competition for resources including land and water, a severely degraded natural world, failing nation states, and a climate on the verge of spinning out of control.

The "integral" in integral ecology is what's new. It realizes that these crises are not independent, but closely intertwined. Here's how Grim puts it:

... Francis will likely bring together issues of social justice and economic inequity into relationship with our growing understanding of global climate change and environmental trauma. ... While economic analysis is not the central agenda of his encyclical, it appears as if Francis will consider how relentless growth through capital investment both adversely affects the poor and the health of biological life on the planet. While discussions about social justice have been robust in Catholic and Christian contexts for centuries, this encyclical marks the first time social and eco-justice are brought into close relationship.


In her blockbuster environmental manifesto This Changes Everything, Naomi Klein states bluntly: "Climate change isn't an 'issue' to add to the list of things to worry about, next to health care and taxes. It is a civilizational wake-up call."

Like Francis, Klein connects the dots. "[Effectively addressing climate change] means continually drawing connections among seemingly disparate struggles -- asserting, for instance, that the logic that would cut pensions, food stamps, and health care before increasing taxes on the rich is the same logic that would blast the bedrock of the earth to get the last vapors of gas and the last drops of oil before making the shift to renewable energy."

How did we humans allow our planetary home to fall into such a degraded state? In addition to flaws in ourselves -- primarily greed -- we humans have been operating from flawed economics and flawed theology. Regarding the latter, Klein cites journalist Thomas Sancton:

In many pagan societies, the earth was seen as a mother, a fertile giver of life. Nature -- the soil, forest, sea -- was endowed with divinity, and mortals were subordinate to it. The Judeo-Christian tradition introduced a radically different concept. The earth was the creation of a monotheistic God, who, after shaping it, ordered its inhabitants, in the words of Genesis: "Be fruitful and multiply, and replenish the earth and subdue it: and have dominion over the fish of the sea and over the fowl of the air and over every living thing that moveth upon the earth." The idea of dominion could be interpreted as an invitation to use nature as a convenience.

Francis' encyclical will attempt to realign both our economics and our theology to catalyze a more viable future. In doing so, Francis is not freelancing. As Grim's article reveals, somewhat surprisingly, Francis is building upon the insights of his predecessors.

In an 1891 encyclical, states Grim, "Pope Leo XIII strongly affirmed 'the condition of the workers' in which their labor had become a mere commodity in an economic milieu that gave primacy to a free market and unregulated exploitation of workers."

Pope John Paul II similarly addressed the "fundamental error of socialism" as its devaluation of the individual. While reaffirming the dignity of work and of workers, he established that individuals have value independent of their contributions in the sphere of economics.

Francis' immediate predecessor, Pope Benedict XVI, recognized that nature should be afforded the same intrinsic value that his predecessors had granted to individuals. "The natural environment is more than raw material to be manipulated at our pleasure; it is a wondrous work of the Creator containing a 'grammar' which sets forth ends and criteria for its wise use, not its reckless exploitation. Today much harm is done to development precisely as a result of these distorted notions."

Thus integral ecology revisions the relationship between the human being and the natural world. It recognizes the human as integral to nature rather than nature as subject to human domination. In the words of Father Thomas Berry (1914-2009), Teilhard's heir-apparent: "The change indicated is the change from an exploitive anthropocentrism to a participative biocentrism. The change requires something beyond environmentalism, which remains anthropocentric while trying to limit the deleterious effects of the human presence on the environment."

Integral ecology also reverses the current economic paradigms, whether capitalistic or socialistic. It envisions an economic sphere that serves the legitimate needs of individuals and societies rather than exploiting them to serve the artificial needs of the economy. And it demands that the economy respect the finite limits of the natural world.

In summary, Francis will call for no less than revolution, not of violence but "a revolution of tenderness, a revolution of the heart." That tenderness of solidarity should extend not only to the earth's poor but to the earth herself. Both have been exploited. Both have been debased. "At such a moment," intuited Berry, "a new revolutionary experience is needed, an experience wherein human consciousness awakens to the grandeur and sacred quality of earth process."

The fates of all peoples are linked, and they are linked ultimately to the fate of the earth. What befalls the earth befalls us all.

(The author is grateful to Doug Hendren, the earth's troubadour.)