Tonight summer is in the air.

My sons ran to the park up the street and I am left alone, with dappled light and open windows... I pour a glass of wine and position myself in the stream of dusk blushing the living room gold.

Suddenly, the smell of lilacs breezes in and just like that, instantly, with that sweet wind, I remember my own exuberance.

Because this is what happens to us after endless winters, isn't it? God itself is sensed a softer power, almost playful, in that pink smear of sunset... 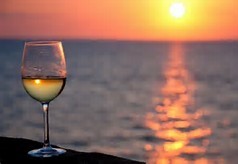 But not 45 minutes south of this beach side Chicago North Shore view.

That same zephyr comes through a mother's window in Englewood or North Lawndale, but it does not hang sweet and it is not fraught with hope in the wetter light of June.
Down there, it mingles with sirens and helicopters, evoking memories of lost sons and daughters, far too young to die, now blowing in this same haunted wind.

In Murder Town, they pour a little wine out. For the dead.

And these crimson blooms lining my pedigree building (so French, so landmark, ooh la la) - they don't grow in The Pocket. Not these ones, nor the fuchsia ones across the street, bursting brazen from frozen ground like the wild and delicate dreams of childhood, now again within reach, under the warmth of this sun.

But 45 minutes south of here, the people, and the small children, do not sense the future brightly, even when it rides on a sweet breeze in June.

There, summer does not present a manuscript of hope.

Summer is tangled in yellow police tape and outlined in white chalk.

Flowers do not spring from the ground, but are bought in bodegas and laid on crumbling streets in makeshift memorials with teddy bears and candles and balloons and smiling photographs of the fresh young dead. 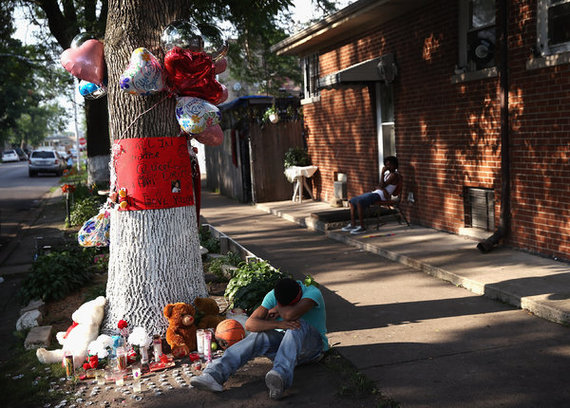 But that's a downer!

Back to my summer. Up here, everything slows down and life is lighter this time of year... The glacial clip of parents rushing kids to school in the morning is replaced with a dreamy saunter to the parks and cafes, fantasy reinserted into the limbs of thawing bodies.

The sanguine logic of summer is exchanged between passersby with airy details from this morning farmer's market or yoga class or gardening stint. The neighborhood snob shamelessly bemoans the challenge of intersecting the kids Catskills sleep-away camp with the parents-only Amalfi Coast island hop in July and inspires a latent army of eye rollers, snarking on their more modest family vacations and lingering in some delicious shared martyrdom...a Lorca play all before coffee!

But even on the nicest summer afternoon, you're not likely to catch someone strolling carefree between 76th and 79th. In Auburn Gresham, the residents will calculate an algorithm before they or their children leave the house, (a sweatbox, thanks to Governor Rauner's newest round of energy cuts.) 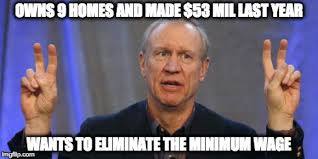 This will not weigh which side of town has better gelato or whether there's time to grab dinner al fresco before the movie, but rather will be a cost / benefit analysis computing the importance of the errand against the probability of reaching one's destination without catching a bullet or a prison sentence. 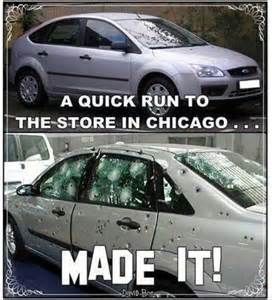 On that side of the city, residents are adept with these formulas, and do not need to consult a Harvard sociologist to know the risk will vary somewhat depending on who's stepping out and what part of town and how sweet the weather is... For example, they know that on a nice warm day in the hood, the chance of being dead or in jail by age 34 is upwards of 60% if you are a black male that did not finish high school.

High school! That reminds me of another super fun summer function: graduations! I just attended my son's 5th grade promotion and let me tell you, once they began the photo montage followed by the principal's sweeping ode to the tireless possibilities stretched before our giddy 11 year-olds, there was not a dry eye in the house... 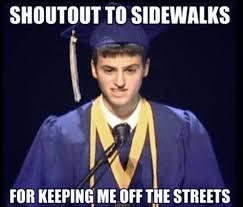 Of course these slide shows take on a less optimistic tone at schools in Garfield or Washington Park, where the graduation will likely include an in memoriam presentation, in which the photographs of the dead would-be graduates can really detract from that whole "You Can Do Anything You Set Your Mind To" motif, upstaged by grimmer "Just Be Happy You're Alive" elegies.

But these depressing spectacles are few and far between in the poorest areas of the south and west sides of the city where roughly 1 in 10 students are enrolled in high school. If their schools are open, they are so grossly underfunded that students remain unconvinced graduating will move the needle on their odds of achieving gainful employment when a third of their neighborhood remains jobless, even as "The Country's" labor market recovers to a healthy 5.5%... 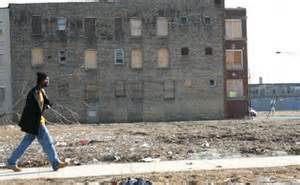 Which brings me to another romantic summer fixture in my neighborhood: the dewy faced youth toiling cheerfully in those coming of age mindless jobs waiting tables or working construction while they ponder their grander purpose in life...

Then again, not a whole lot of restaurants or construction crews on the 6200 block of South Fairfield Avenue, still in the grips of the housing crisis, where of the 16 homes on the street, only four aren't flanking a vacant property, in foreclosure or worth less than the owner owes the mortgage.

Now there's always the government-funded opportunities...Like the youth employment program that Father Pfleger helped to run at St. Sabina on 78th. When I asked him how that's going he laughed wryly, noting it was a shell of what it was last summer, with Governor Rauner cutting 800 of 1100 of those youth jobs.

However, the Father did add that the kids always had those trusty Gangster Disciples waiting with jobs conveniently located in the neighborhood, which pay in cash and come replete with a full schedule of clique benefits such a sense of belonging, protection, identity and discipline. That said, he mentioned the small drawback in that it was all but impossible to quit this particular summer job... "What do you do call 9-1-1 and tell them you're leaving the gang so they can arrest you under the Rico Act?" 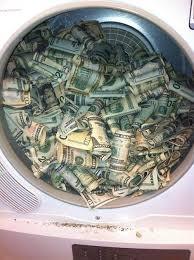 Well that wasn't the bright spot I was looking for. No summer breeze. No summer jobs. No summer graduations. No summer strolls. Assault swim notwithstanding, no summer pool parties.

This is turning out to be a bummer of a light summer read.

Whose fault is this? The cops! Whoa, they really seem to be losing it lately. 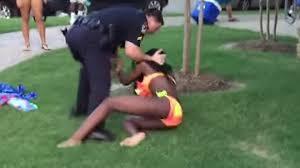 Thing is, and long overdue reforms aside, not sure what else the police can do short of an adrenaline detox retreat followed by a summer dive into the Black Literary Canon beginning with The Invisible Man. Though, not sure how they'd find the time with that breakneck schedule.

And in all fairness, the police are already there. They're already in Chicago's Englewood and New York City's Brownsville and on Detroit's Mack Ave...They're in the trenches suffering PTSD right along with the embattled residents. And they eat a lot of shit from historically exhausted and disenfranchised people who too often have absolutely nothing to lose. And they risk their lives every day doing it while their families pray they'll walk through that door at the end of a shift. No easy beat. 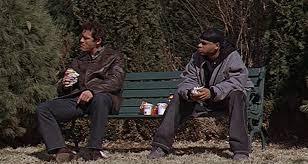 How about the residents, then? I mean can't these parents get it together? We have a Black president after all...
Then again, it must be pretty hard to climb out of poverty without schools for your kids and a job for you.

To add insult to injury, the outside world stands aside deploring and commenting upon the depraved morality of your "superpredator" children without bothering to share the legal resources that lead out of the illegal economy that feeds your family, (and which is smoked by their kids at frat parties and killing yours in the streets.) 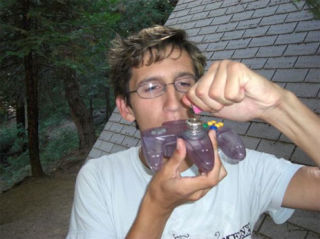 But you could always put them on that NBA star slash rap mogul career path! 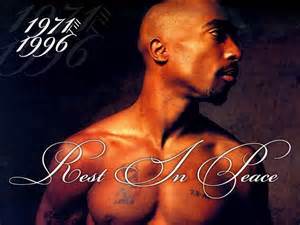 Perhaps is it the fault of the people like me, enjoying summer 15 miles away, sipping our wine to the dregs and blissfully indifferent to the nightmare that is unfolding on this gorgeous evening, on the other side of town...

Perhaps it is the fault of those of us who will make time to volunteer at our kids thriving schools, polishing the already glossy programs without bothering to pencil in a day or two for the kids in our fair cities whose hope for the future is gone by 6 and a half years-old because people are dying around them every hot day between May and September and because the living adults in their neighborhood who are not in jail are busy with the business of survival, and because no one else has showed up for their lives in the meantime. 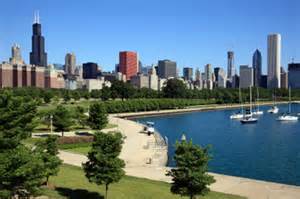 Not even those of us living our happy lives a half hour up the street, touting our American virtues, and planning vacations.

But this is a summer article. And "nightmare" and "dying" sounds so dramatic. 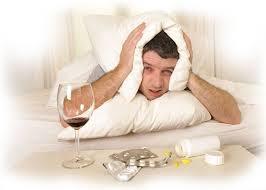 And wait, there's balloons on that porch just up the street from St. Sabina.... It's a party in Chiraq! Looks like a glimmer of good ole summertime fun. Just as I was ready to smile and comment on the sweet smell of barbeque, the little girl walking alongside Father Pfleger glances at the balloons and asks nonchalantly, "Who died today, Father?" 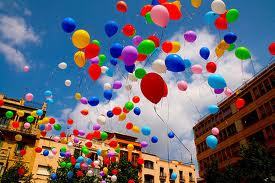 Click here to learn how you can help bring summer back to the South and West sides of Chicago.