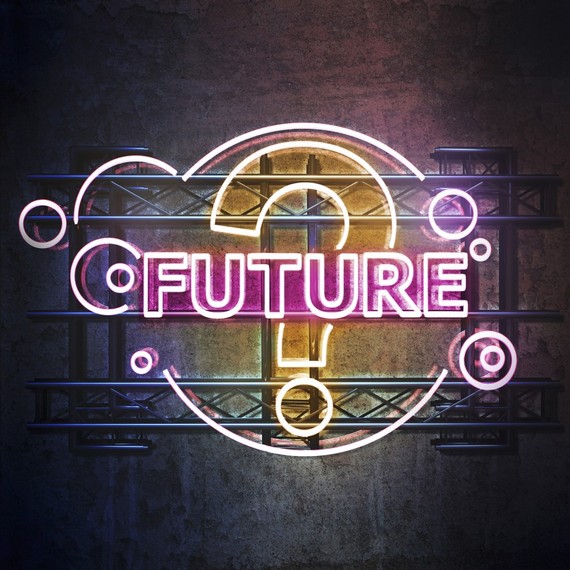 How do you end one year and begin another without the onslaught of future gazing by the experts who know...

There was a time when looking forward was a function of truly challenging imaginations: Leonardo DaVinci imagining flight -- parachutes, airplanes, helicopters, even retractable landing gear; or centuries later, HG Wells writing "Anticipations of the Reactions of Mechanical and Scientific Progress upon Human Life and Thought," where he codified his projections of what was to come that he so eloquently developed in his novels and that Hollywood continues to produce in film.

Then of course there were those who, when actually confronted by development, were unable to see beyond their own sadly myopic, biased vision; and I refer you to BuzzFeed (no doubt never predicted) to view a list of some of the best.

When reviewing this list and reading others, it's funny (in retrospect) to see leading scientists dismiss everything from X-Rays to Telephone to Space Travel; music experts deride rock and roll and the Beatles; social commentators be sure that democracy would fail; business mavens be positive that radio could never be commercially sold, the iPhone was a fad or that Japanese cars would never be successful; military pundits be positive that tanks, planes and torpedoes would never be feasible methods of warfare; transportation technocrats be sure that the locomotive and the car were doomed to fail; and of course computer whizzes who knew they had it right that no one would want a computer in their home or that anything more than 32 bits was a waste.

I leave it to you to follow the links... here is another one.

On the other hand there have been fairly recent predictions that weren't wrong in the sense of no imagination -- they were wrong in believing that somehow we had conquered it all: "We can close the books on infectious diseases." -- Surgeon General of the United States William H. Stewart, 1969, speaking to the U.S. Congress. Yet Ebola is still ravaging Africa and the fear of a global pandemic keeps many awake at night.

What troubles me is that when I look at the predictions for 2015, I find them sorely lacking in inspiration and vision while awash in buzzwords, rehashed/recycled thinking and the notion that what is pontificated is new and has never happened before.

Let me save you the time and trouble -- copy these down and sprinkle them in your conversations and correspondences: wearables, mobile video, connected home, personalized, content, from real-time to preemptive, content distribution strategy, happiness gets quantified, tech to help disconnect, family robots, omni-device, targeting, more intimate visual stories (point of view from helmets, goggles, etc.), hyper-segmentation, post-demographic consumerism, selling ads based on time spent....

For example, "I woke up this morning as my connected home targeted me with personalized content, preemptively delivering me mobile video on my wearable...."

Don't get me wrong, that could happen and some form of it will be the norm -- but enough with the buzzwords.

Then of course there are the astounding predictions of what we can expect this year. I present them, linked to their sources, and leave the comments to you. Some are in my opinion "duhs," as in obvious; some show no sense or understanding of what is actually happening in the world; some are actually insightful and some just make you wonder....

My favorite is the Kim Kardashian comment - does that mean that every brand exposes its butt?

I think it's also instructive to look back at prior year predictions to get a sense of where we might be going...for example, in 2013, "Buzzwords will die.... Words that implied new and disruptive just a few short years ago will disappear. They include 'mobile,' because everything new is mobile; 'social networks,' because all new apps will have a social component; and 'cloud-based,' because it's all going into the cloud, as well it should. By the end of 2013, we just won't be using those words to differentiate products anymore." - Forbes

WOULD THAT THEY HAD...but so it goes.

Some, though, had vision, imagination and openness, and understood where the world was going. For example, during an interview with Omni magazine (I miss that book!) in 1987, Roger Ebert predicted video-on-demand services Netflix and Hulu: "We will have high-definition, wide-screen television sets and a push-button dialing system to order the movie you want at the time you want it."

Going back to the '60s, I found the following prediction from TIME to be both narrow and insightful, not to mention sexist: In a 1966 article about 2000 called "The Futurists," TIME predicted that "Remote shopping, while possible, would never become popular because women like to get out of the house, like to handle the merchandise, like to be able to change their minds."

Maybe start with sexist, as they missed the point -- it wasn't one or the other, one gender or the other; BUZZWORD alert -- we now call it OMNICHANNEL.

And then there were those who missed it in round one but quickly jumped in and brought imagination, vision and innovation to the new, making it even better. In 1916 Charlie Chaplin opined: "The cinema is little more than a fad....It's canned drama. What audiences really want to see is flesh and blood on the stage."

So we can be like the legendary Thomas Watson of IBM who, in 1943, said: "I think there is a world market for maybe 5 computers," or like Albert Einstein: "I never think of the future - it comes soon enough," or even perhaps like Niels Bohr, who said: "Prediction is very difficult, especially about the future."

My crystal ball is cloudy. But personally I'd rather model after Peter Drucker, drop the Babble, look hard at our world and get with the program. Listen:

The best way to predict the future is to create it. - Peter Drucker

So if your future is linked to following behind Kim Kardashian... or is it following her... there are plenty of predictions, no lack of prophecy, tons of predilections, mucho prognostication, endless punditry and sadly a sea of Babble.

OR you can predict and create and really change the world.