Ever wondered what the story is behind someone's tattoo?

Some have more significance than others, but the meaning behind the recent trend of semicolon tattoos is ever-important and heartfelt.

The trend of semicolon tattoos was started by Project Semicolon, which describes itself as "a faith-based non-profit movement dedicated to presenting hope and love to those who are struggling with depression, suicide, addiction and self-injury." As to the significance of the symbol itself, the organization writes on its website, "a semicolon is used when an author could've chosen to end their sentence, but chose not to. The author is you and the sentence is your life;" thus, in the case of these tattoos, it is a physical representation of personal strength in the face of internal struggle.

Though a Christian organization, Project Semicolon is quick to clarify that they do not exclude those who follow any other beliefs or religions. Founder Amy Bleuel got a semicolon tattoo in honor of her father, who lost his life to suicide when Amy was 18.

Now, two years after the movement formally began, the tattoos are popping up all over the place.

Another new 1. To support people who struggle with depression, suicide & self harming 💕 #semicolonproject #awareness pic.twitter.com/frKwkTP1Hc

In a blog post, Bleuel says that her father's death "brought more pain to [her] life than anything [she] had ever experienced." In light of her own struggles, those of her father, and the tremendous pain she felt as a family member of someone who took his own life, Amy set out to provide support and guidance to others dealing with similar issues.

The movement meant enough to Heather Parrie that she got a semicolon tattooed on her forearm, and wrote a blog post about her own personal struggles with mental wellness. 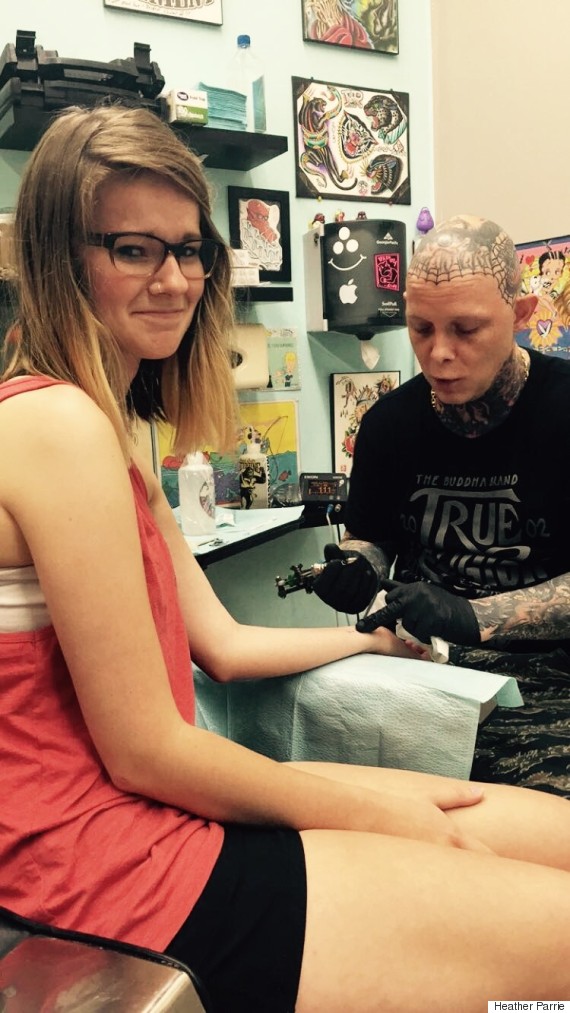 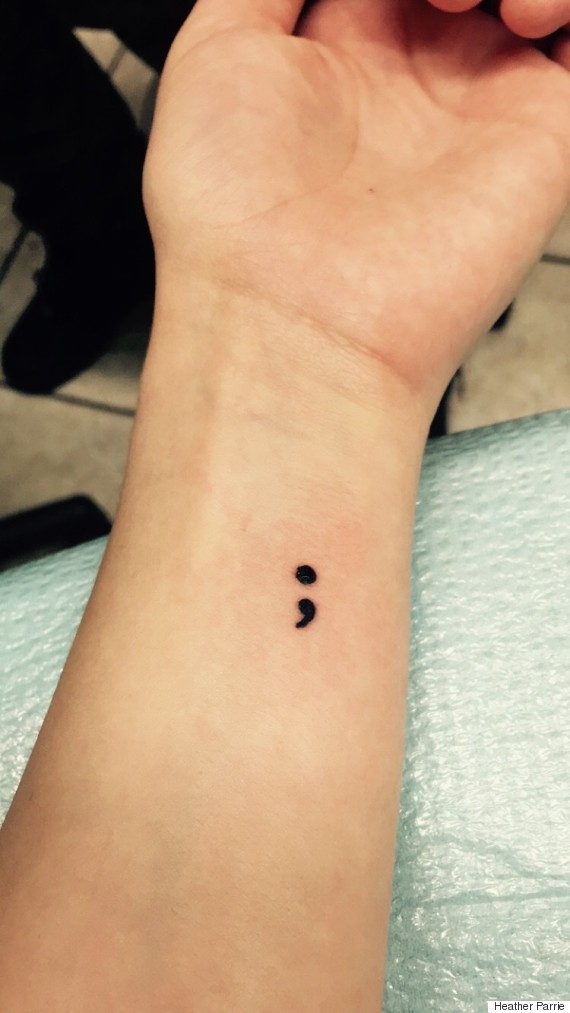 In the post, Heather explains her diagnosis of "depression and anxiety," and describes having to leave a job she loved because her mental health problems inhibited her work performance. Still fighting these battles, but continuing on each day, Heather writes:

I will show my tattoo proudly and champion for the people who cannot champion for themselves. Every day that I say no to the dark thoughts depression tries to tangle my mind with, I am winning a battle that society has not made easy to win.

Today, the movement continues to grow and will hopefully continue to raise awareness about these issues.