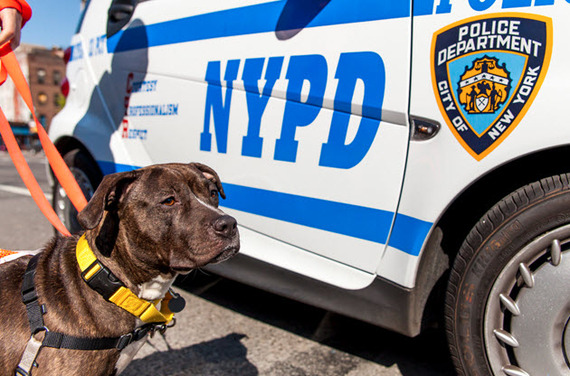 Large-scale animal cruelty, like the kind we find in puppy mills and animal fighting, is not just illegal; it's unfathomable. Because of this, it's tempting to see these crimes as rare and isolated, and disassociated from human-on-human crimes.

Sadly, our work tells a different story. In the first four months of 2016 alone, the ASPCA has participated in no fewer than eight large-scale animal cruelty cases, involving more than 1,000 animals.

They include a January rescue of over 700 animals in North Carolina, a February rescue of 52 dogs in Florida, a March rescue of 24 dogs in Georgia, and April rescues of 45 dogs in Ohio, 64 dogs in Illinois and Iowa, and nearly 50 dogs in Wisconsin.

Each of these cases involved different situations and participants, but two things they have in common are victimized animals and dedicated action from local law enforcement.

That second part - law enforcement action - is critical, and we're happy to see local agencies not only stepping up case-by-case, but forming their own concentrated animal cruelty divisions and task forces.

What's clear is that strong animal cruelty laws and dedicated enforcement go hand in hand with the elevation of public attitudes about the seriousness of these crimes. Each inspires and activates the other, and both are necessary to effectively tackle this problem.

You can help by being aware of and reporting possible signs of animal fighting and abuse in your communities, by tracking important legislation on the state and federal levels, and by refusing to purchase anything at pet stores that sell animals, which only feeds the market for puppy mill dogs.

This gathering of efforts - from government agencies, rescue organizations, and members of the community - reveal a similar roadmap for the future animal welfare. We will hopefully follow it to a time and place where animal cruelty is finally seen by everyone as the deep stain on our national character it truly is.