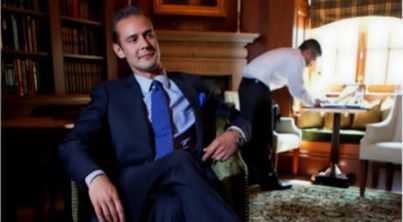 One year ago this week terrorists entered a popular Kabul restaurant and carried out a brazen attack that took the life of a dear friend to many here in Washington, D.C., Dr. Alexandros "Alex" Petersen, among many others. Unfortunately for the civilians in that attack like Alex who had taken up teaching responsibilities at the American University of Kabul only five days prior, they found themselves on the frontlines where they paid the ultimate price. Like countless other academics, diplomats, humanitarians, and journalists that were lost last year in senseless acts of violence committed often by the very people these "frontline civilians" had come to help, Alex's life was cut short far too soon. Given his singular energy and passion for the less-discovered areas of foreign policy, his legacy of projects -- from explaining the geopolitics of Eurasian energy, to a biography of former Georgian President Mikhail Saakashvilli -- is left unfinished.

Ultimately, Alex's legacy will live on with his family and friends who continue to mourn his passing, but to the D.C. community of young professionals in foreign policy, of which he was an undisputed leader, there is a special responsibility. Soldiers sent to serve in harm's way are bound by military orders and under the protection of their nation, while frontline civilians are often on their own. The expertise and skills they bring to the people they serve are invaluable and the curiosity and passion they bring for helping bridge the various divides between official and unofficial channels are even more necessary. True understanding of the root causes of conflicts is not accomplished without the in-depth research and field experience of colleagues like Alex, but it has become even more dangerous in a world in which the "frontlines" are no longer demarcated by trenches.

The American University of Kabul continues to serve as a lonely beacon of enlightenment in a nation that has suffered polarization and warfare. The intolerance of the Taliban and their ideological backers that excludes women cannot simply be defeated on the battlefields, though security is a critical component to leveling the playing field for the next generation of Afghans that must lead their country long after American soldiers go home. The frontline civilians, along with the many brave men and women in uniform that have bled for these students' privilege and rights are honored through the legacy of these graduates and the research that continues on despite the costs. Actively supporting such institutions and promoting their successes are not just in Afghanistan's long-term interest, but our own as well.

Daily painful reminders like the most recent threats on the lives of the Japanese civilians being held by the so-called Islamic State adds to the many others who have lost their lives reporting on the ongoing tragedy in Syria. The loss of these journalists and friends like Alex makes the debate about the efficacy of civilians serving on the frontline of conflicts and the ultimate price we as global citizens are willing to pay for an interconnected world deeply personal for us. For each individual the decision varies, while national leaders must weigh these calculations each time troops are deployed and how to protect their civilians in environments such as this. The lack of distinction for and the outright targeting of "frontline civilians" by terrorists today have begun to change the calculus for an entire generation of us. Whether because of 9/11, the Iraq War or the anti-Westernism that followed, we all feel a moral sense of responsibility to respond to horrible tragedies that have shaped us. Despite the increasing risks, we know the answer lies in the same person-to-person work that took Alex to Afghanistan.

Often neglected in the debates about defeating radical extremism through ever increasing security measures is the important role that education plays and the need for more, not less, human interactions that can ultimately change distorted views of vilified "others." Unfortunately it's easier to fund radicalized madrasas in Afghanistan or Iraq with a simplistic message of hate, than the more complex offerings of educational institutions like the American University of Kabul or Suleimaniya. America's foreign assistance budgets for education and public diplomacy continue to decline despite the fact that some of the best institutions across the Muslim-majority world began or once counted on this assistance. Winning the hearts and minds of these populations will never be accomplished by military victory, but through the tireless work of civilians who are called to meet those with the greatest needs on the frontlines one person at a time.

While Afghanistan seems to be slowly turning a corner with a new president and prime minister, there is still much work to be done including at the American University of Kabul where greater attention and support is still needed. Alex's shadow looms large over Eurasia given how few Americans had his gift's or inclination to study one of the most important but most overlooked parts of the world. His loss is still felt by those he left behind one year ago and his legacy encourages us to not give up on the institutions and parts of the world that he loved and ultimately gave his life for.