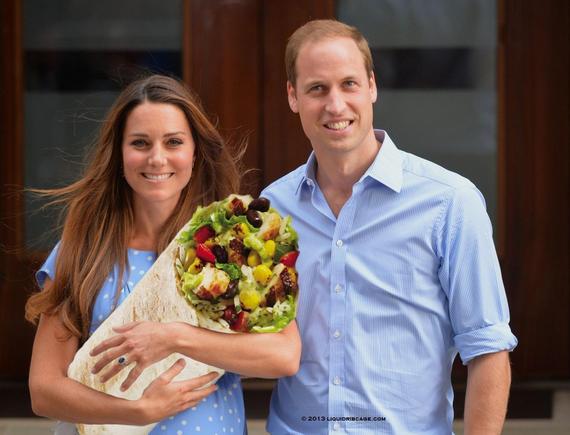 Life in the Boomer Lane is in Charleston, where Youngest Child and Daughter-in-Law have just produced their first child, after a mere 36-hour labor. DIL is a yoga and natural food devotee and so was the perfect subject for the doula's attempt to place her body in more positions than are contained in the Kama Sutra, in an attempt to eject Beloved Offspring. At one point, the doula asked DIL to place her ankle on YC's shoulder. She asked if DIL could do that. DIL answered, "Yes. How else do you think I got into this mess?"

While the limits of human delivery were being reached, LBL and Mom of DIL were in the hospital waiting area. They passed the hours by becoming increasingly more slap happy. Political banter quickly degenerated into discussions of celebrity splits and whether Judge Judy would make the guy on the screen pay for his ex-girlfriend's smashed car. The snack machine was employed numerous times, less for nutrients than for a way to alleviate boredom.

Just as they had exhausted both themselves and all items in the snack machine, they were informed that DIL was being taken in for an emergency C-section. Now a new topic of conversation was introduced: how the human body, deprived of sleep and operating on the nutrition provided by Cheezits, would deal with a potentially serious situation. The answer was: hysteria.

By the time the surgery was completed, neither LBL nor Mom of DIL were coherent. YC came into the area and yelled, "She's out! You can come in at 10:05 for a few seconds to see her!"

At 10:03, LBL ran down the hall, followed by Mom of DIL. By the time the women reached the labor/delivery room, all bets were off. They ran into the room. Mom of DIL pushed the doctor aside, while LBL grabbed for the baby, hugged YC, and yelled "I love you so much!" to DIL. She was unaware that she was yelling in the direction of the entire surgical team.

By the time LBL and Mom of DIL were forcibly invited to leave the room, the doctor was writing a note to herself to never allow anyone into the room again, after a delivery. Luckily for LBL and Mom of DIL, the entire escapade was videotaped by the doula. LBL hoped it was for family enjoyment, rather than for a court case.

LBL and Mom of DIL took one of Baby's receiving blankets with them. The instructions were to repeatedly have Lucy sniff the blanket, as a way of acclimatizing her with the smell of Baby.

LBL and Mom of DIL then had to retrieve the kids' dog, a Golden (Lucy),who had been staying with friends who had two Goldens. YC texted the address to them, and they took off. First, they stopped at a burrito emporium and got a bunch of food. They put the food in the back seat.

They arrived at the address they were given. A woman came to the door with a large Golden. "We're here for the dog," they announced. The woman got a very concerned look on her face and tried to shield the dog. LBL repeated, "We need to get the dog." Before the woman could call 911, LBL and Mom of DIL realized they had the wrong address. They scurried back to the car. The woman double-locked her door and watched them, from her window, drive away.

They found the correct house. This time, they knew they had the right address, because a much older woman (mom of the dog owners) came to the door with a crazed expression on her face, arms flailing, and three large Goldens jumping all over her frail body.

Once everybody was settled back in the car, LBL reached for the receiving blanket, which she had placed on top of the food containers. She wanted to have the dog take her first whiff of Baby. LBL placed the blanket to her own nose, prepared to swoon over the scent of her new granddaughter.

"Won't it be wonderfor for Lucy to get used to the scent of the baby?" Mom of DIL asked, as she saw LBL placing the blanket to her nose.

LBL inhaled the scent of the blanket. "Not unless the baby smells like a burrito," she answered.