In an era of soaring income inequality, stagnant wage growth and a dismal job market, the Republican Party has decided that its hard-line, welfare-mocking image might not go over so well in the 2016 election cycle. So now, 50 years after Lyndon B. Johnson launched the War On Poverty initiatives, the Republicans are debuting their own version of anti-poverty strategies.

While it's admirable that Republicans are actually acknowledging the problem, their solutions are off target. Here are their 14 most common misconceptions about the War On Poverty:

Just like Ronald Reagan before him, this month Marco Rubio declared: "The 'War On Poverty' has been lost." But that's not true. While poverty is still at epidemic levels, the supplemental poverty rate (the most complete measure of poverty, according to most experts) has fallen significantly in the last few decades, largely thanks to government welfare programs. 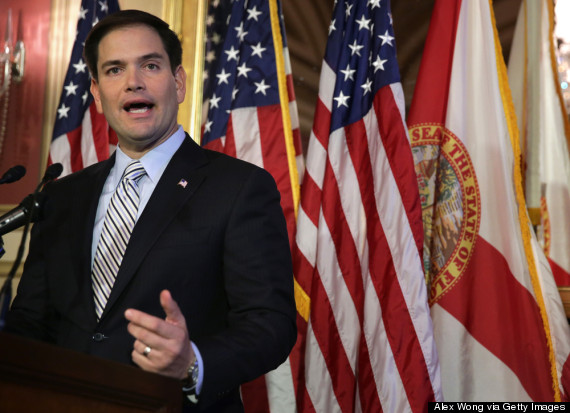 Republicans often cite this as fact, but as the Washington Post's Mike Konczal points out, this figure, which comes from the libertarian Cato Institute, includes the cost of things like Medicaid, Headstart and community programs like adoption assistance and taxpayer clinics. What is commonly considered "welfare," like food stamps and housing vouchers, only cost us about $212 billion per year.

3. Poverty is largely caused by social and moral decay.

In reality, poverty is largely attributed to wage stagnation and other macroeconomic factors. For most of history, wages rose as workers' productivity increased. But that's changed in the last half-century. While worker productivity grew 80 percent between 1973 and 2011, real wages only ticked up 4 percent, according to the Economic Policy Institute. 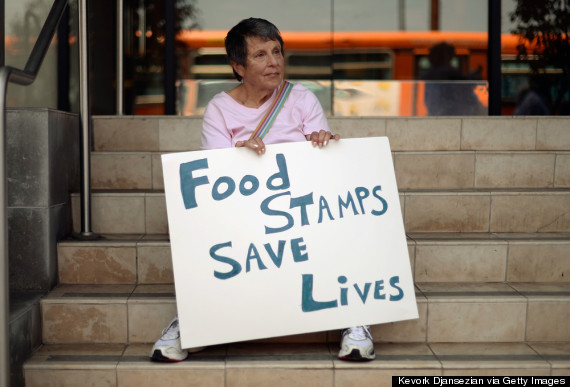 5. Food stamps make people complacent, so they don't transition from welfare to work.

Supplemental Nutrition Assistance Program (or food stamps) helps its beneficiaries advance in the workforce because it allows people to focus on career development rather than just putting food on the table. The number of SNAP households that are working and earning wages has tripled from about 2 million in 2000 to 6.4 million in 2011.

In fact, public programs lifted 40 million people -- including almost 9 million children -- out of poverty in 2011, according to the Center on Budget and Policy Priorities. 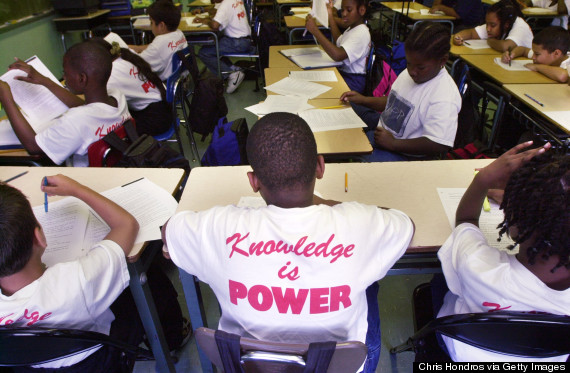 8. The official poverty rate has been the same for 50 years.

Conservatives often say that the poverty rate has been the same for 50 years, but they may be looking at a misleading figure. Dylan Matthews of the Washington Post calls the official rate "a horrendously flawed measure, which excludes income received from major anti-poverty programs like food stamps or the EITC. It also fails to take into account expenses such as child care and out-of-pocket medical spending." The official rate hasn't been updated (other than for inflation) since 1964, and was based on the affordability of food for a family of three at the time. 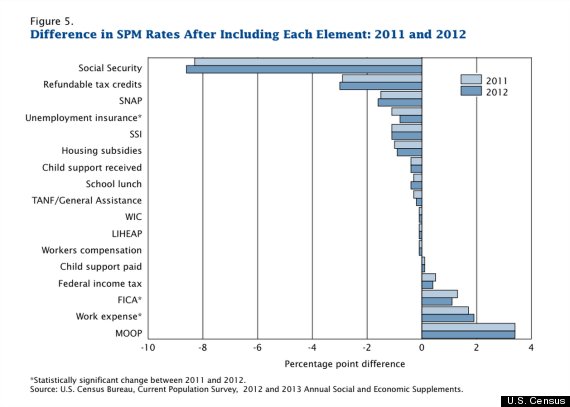 9. Income inequality isn't that big of a deal.

Conservatives like to downplay the issue of income inequality. But it's actually the highest it's ever been since 1928 (that was right before the start of the Great Depression). Income inequality hampers economic growth, heightens social tensions and stifles class mobility.

10. Marriage is the key to solving poverty.

Marco Rubio recently said that marriage is, "The greatest tool to lift children and families from poverty." But there's plenty of new research that supports the contrary. And as Slate's Matthew Yglesias, marriage "lifts" families out of poverty not by increasing their incomes but by reducing what the federal government assumes their expenses to be. For example, a person is considered poor if they make less than $11,490, but two-person households are only poor if they combine to make $15,510, not $22,980. The greater efficiency of shared expenses doesn't mean that marriage magically reduces poverty.

11. Poverty only affects a small percentage of Americans.

One in three Americans slipped below the poverty line between 2009 and 2011, according to the U.S. Census. Yet, the official poverty rate was merely 15 percent in 2012.

12. Raising the minimum wage wouldn't help get to the root of the problem.

In fact, raising the federal minimum wage from $7.25 to $10.10 in 2011would have lifted more than half of America's working poor out of poverty. 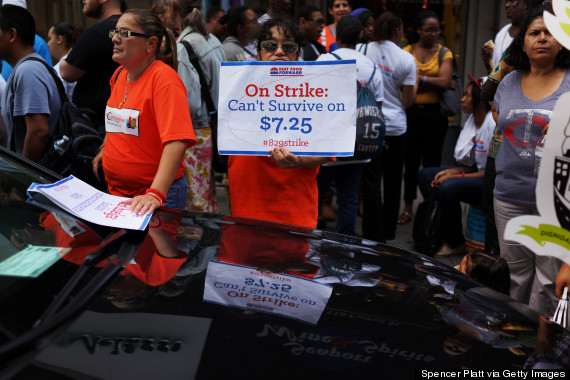 13. A higher minimum wage would kill the economy.

So-called "Economic Freedom Zones" are inadequate solutions to a national crisis. Republicans, and Rand Paul in particular, are pushing "economic freedom zones" to alleviate poverty. While this is pretty similar to Obama's "Promise Zones," research shows their impact is negligible.

The idea is basically that if you slash taxes for business and individuals in a designated "zone," jobs and prosperity will follow. However “they just seem to move the locus of activity across the zone’s boundary -- reducing activity outside the zone and increasing it inside," Len Burman, director of the Urban-Brookings Tax Policy Center and a former Clinton administration official, told Politico.