"In front of the White House...Supporters of the Islamic State (formerly ISIS) are everywhere," came the tweet from supporters of firebrand Sunni Muslim cleric Ahmad Al Aseer who is on the run from Lebanese authorities. 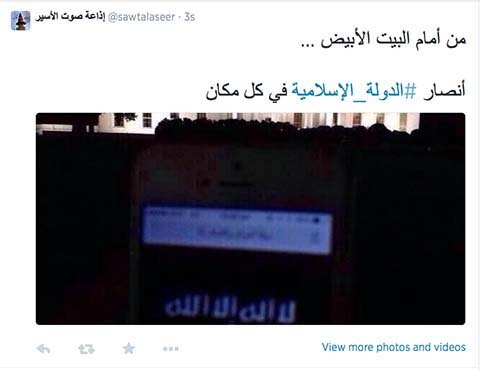 Sawt Al Aseer, or Voice of Al Aseer, posted a picture of unknown origin shot from Lafayette Square across from the White House with an IS flag superimposed on it.

He has a beef with the government and the Shiite Hezbollah (Party of God). The cleric also fought pitched urban battles near the southern port city of Sidon with the army before slipping out of sight. 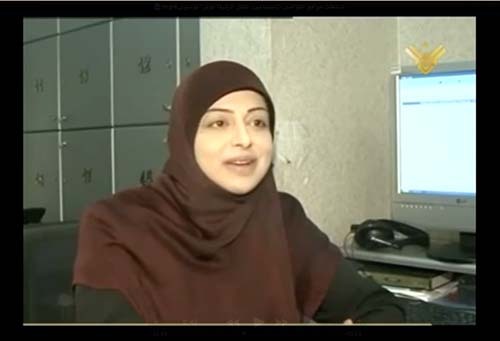 "There should be some law, some restraint, because that's not the way stories are reported...I feel like having fun so I spread a rumor and see what the reaction will be," said Al Moussawi about the account that set off a spate of concerned calls and other reports.

Journalists, bloggers and social media denizens, wittingly or not, contribute to the charged sectarian environment gripping the country.

"Journalists today are under the tyranny of a click," opined journalist-cum-media lecturer Rouba El Helou. "The power of the Internet, the impact of the scoop, and who is first to publish has turned journalists into 'rumors seekers' and is done regardless of the substance they publish." 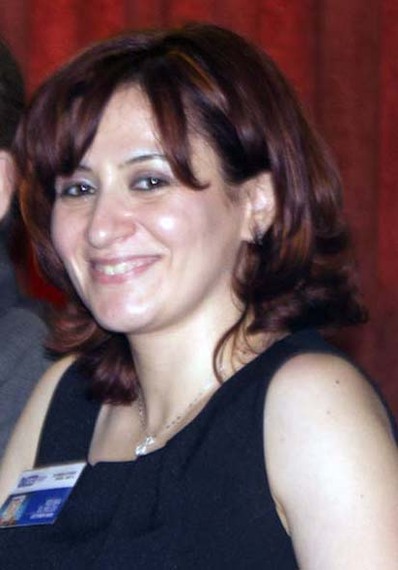 While she believes good journalism will always exist worldwide, it may have fallen into the trap of search engine optimization SEO, and the monopoly of corporations.

"Some journalists argue, while defending the spread of rumors, that this is how things are...Very few journalists unfortunately will take the time to check names, spelling, events or incidents."

But if activists have their way, rumors and sedition will be nipped in the bud. 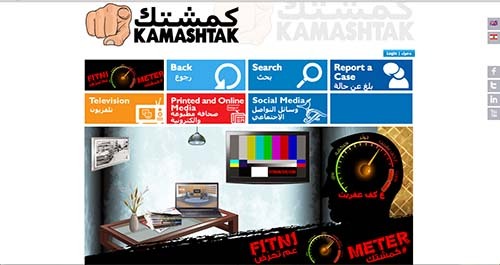 The January 2014 report was hardly new. Car bombs have been de rigueur since Lebanon's 1975-90 civil war. Their use has ebbed and flowed ever since it ended.

"Between one explosion and another, the media's rumors are deadly," headlined an article in the daily Assafir.

The article quoted a politician boasting he had floated a rumor years back that led to rising hatred of Syrians by Lebanese citizens, predating the influx of over a million and a half Syrian refugees from their war-torn country.

Elsewhere, an accumulation of local and regional setbacks in recent years has exacerbated Lebanon's already fragile economy that relies heavily on tourism, services and expatriate remittances.

So when a leading business employing hundreds of Lebanese reportedly decided to pull up stakes, fears the impact would destabilize the economy spread widely.

Rumors in 2013 that the Kuwait-owned Americana Group food franchise planned to close shop sent tremors across various economic sectors that benefited from the firm's restaurant chains.

Suppliers dreaded revenue losses, employees worried about the prospect of unemployment, and franchise owners saw their businesses go up in smoke.

The rumors were actually an exaggeration. Americana had decided to reduce its workforce by downsizing some of its chains' brands in Lebanon following a significant drop in tourism.

According to Octavia Nasr, founder of Bridges Media Consult and former Arab affairs editor at CNN:

In an extremely fast moving universe thanks to the availability of social networks, rumors are thriving because anyone can participate in disseminating information. Reporters and editors have many new sources of information that they can't ignore but can't trust either. This makes the role of verification a lot more essential and much harder than it ever was in the history of our profession.

Nasr, who was an early adopter of digital media, and co-creator of CNN's original strategy for integrating social media in news gathering and reporting, said that in many cases, the desire to be first was damaging the necessity to be accurate which is the backbone of any media's credibility.

That's why a five-year startup like Storyful is acquired for millions of dollars and hired by media organizations to vet and verify the massive amounts of information coming from all Internet sources in the field. Twenty years ago journalists had plenty of time to gather information and confirm news or debunk rumors and ignore stories altogether. This is simply impossible today. The agenda and speed are set by social media users and this is evident in the role social media play in gathering information as well as providing feedback to coverage and reaction to news.