After the shooting at Sandy Hook Elementary School in Newtown, Connecticut, in December 2012, President Obama promised "meaningful action to prevent more tragedies like this." His gun reform push, focused on a background check measure that had overwhelming public support, failed in the Senate last year, and Congress hasn't passed any other gun legislation.

At least 74 school shootings happened during those 18 months, according to a tally by Everytown for Gun Safety, a group fighting to pass gun control laws. That's more than one each week school was in session, with the longest gap between shootings spanning last summer's break, from mid-June to mid-August.

The most recent shooting happened Tuesday morning at a high school east of Portland, Oregon. The gunman and a student are reported dead. 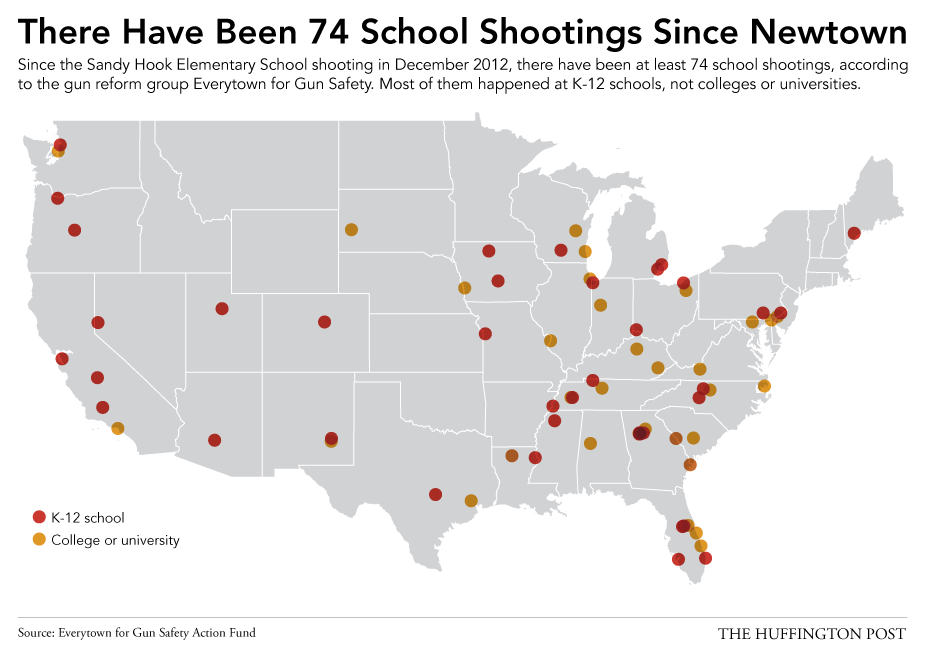 Clarification: Everytown used the following methodology: Incidents were classified as school shootings when a firearm was discharged inside a school building or on school or campus grounds, as documented in publicly reported news accounts. This includes assaults, homicides, suicides, and accidental shootings. Incidents in which guns were brought into schools but not fired there, or were fired off school grounds after having been possessed in schools, were not included. This list includes incidents meeting the above criteria that were brought to our attention after our School Shootings Analysis was issued on February 10, 2014. Incidents were identified through media reports, so this is likely an undercount of the true total.