Napster founder Sean Parker tied the knot with Alexandra Parker (née Lenas) in a controversial Big Sur, Calif. wedding in June. The tech mogul faced criticism after it was revealed that he married on ecologically sensitive land without proper permits. (Parker contends that the hotel from which he rented the land was responsible for acquiring the permits).

Despite the controversy, the Parkers' wedding was a jaw-dropping one. From the elaborate sets, to the woodland fairy-esque costumes designed for each guest by none other than "Lord of the Rings" costume designer Ngila Dickson, the star-studded celebration was a sight to behold. Take a look at a photo from the nuptials below, courtesy Christian Oth/Vanity Fair. (And click here to see more photos from the Parkers' wedding on VanityFair.com). 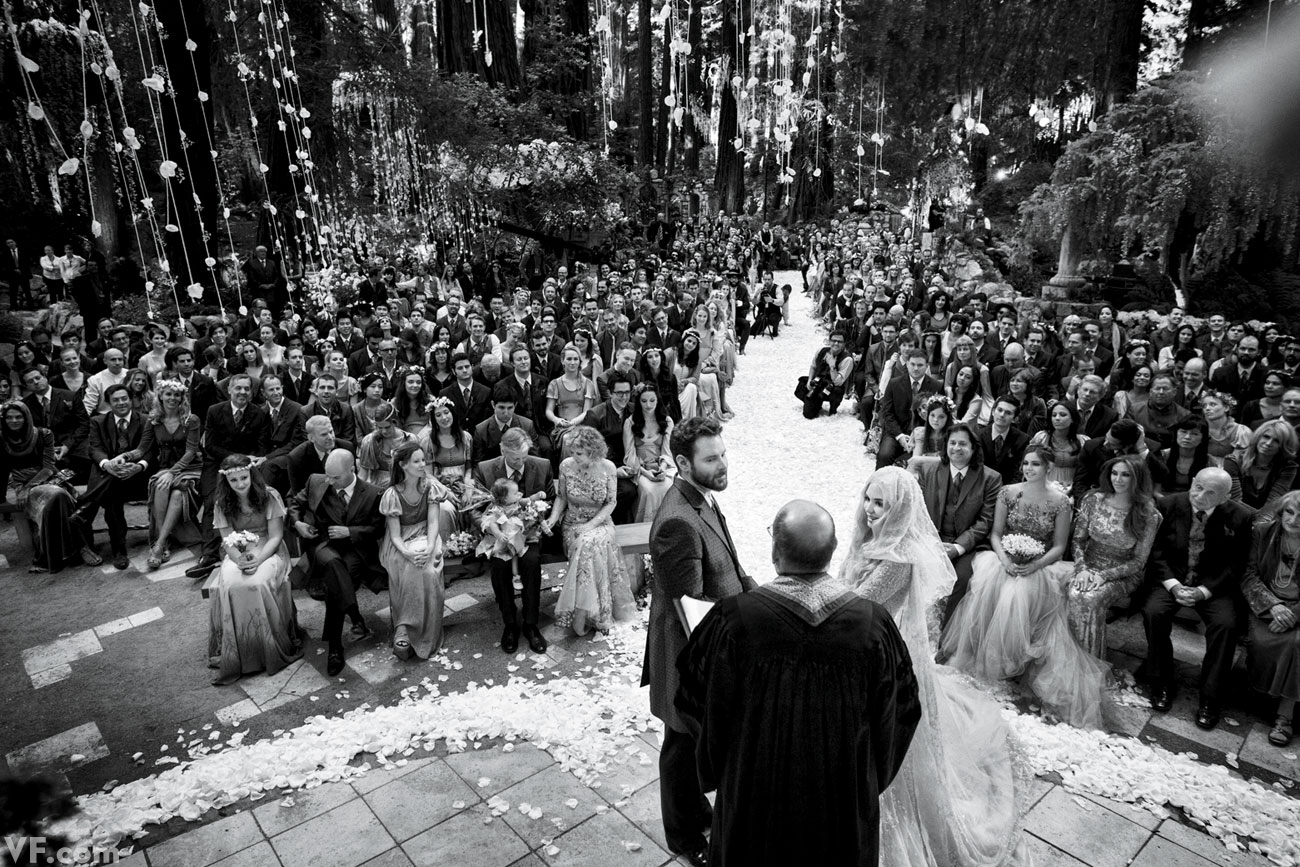 Among the 364 guests at the nuptials were Olivia Munn, "Girls" star Allison Williams and Lars Ulrich. Event planner Preston Bailey, along with designer Ken Fulk, organized the event.

The couple got engaged in April 2011 after dating for just six months. They have one child together, Winter Victoria Parker.

CORRECTION: A previous version of this article incorrectly stated Ken Fulk's name. We regret the error.

Celebrities Who Are Married To Regular People
More:
weddingsCelebrity Weddingssean parker weddingsean parker
Newsletter Sign Up
A weekly guide to improving all of the relationships in your life
Subscribe to HuffPost’s relationships email
Successfully Subscribed!
Realness delivered to your inbox