I am hard-pressed to think of a band more hard working, that delivers so much quality music that is treated with more disdain than Seattle's The Bismarck. That's why I sincerely hope people come see them this weekend in the Bay Area. 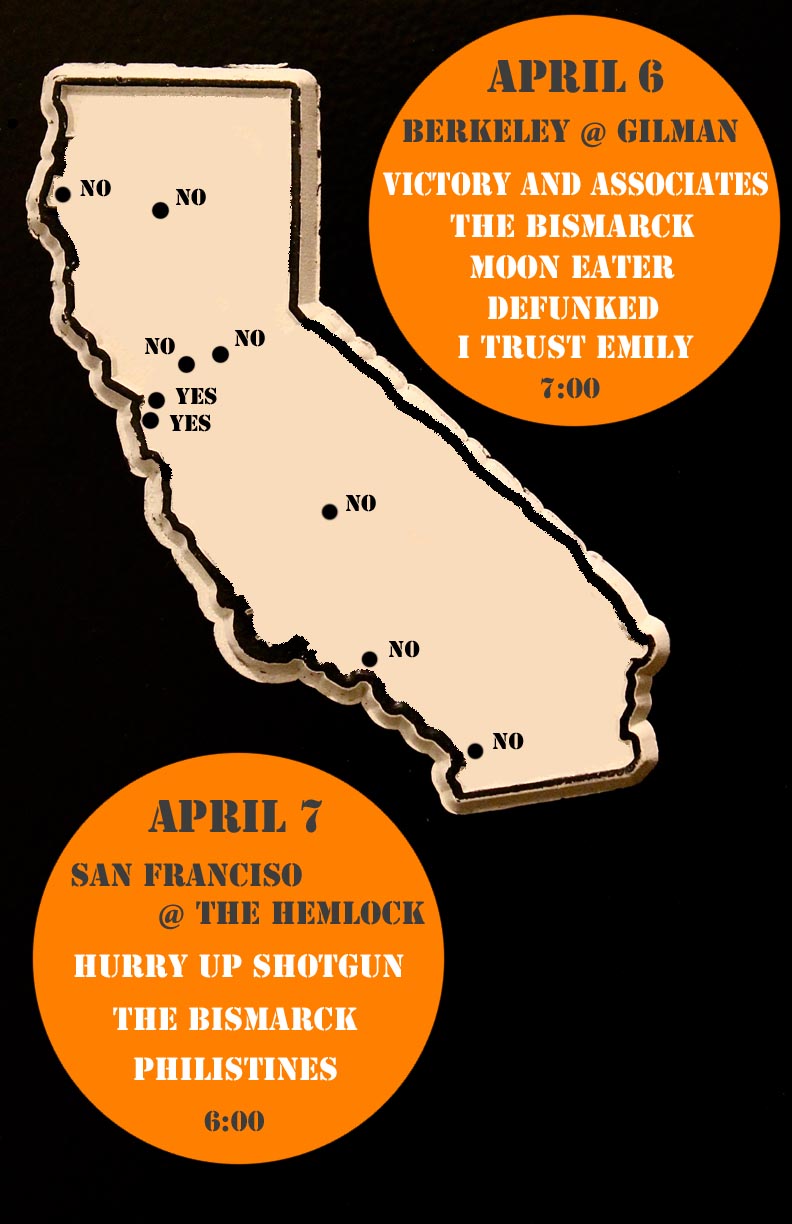 So there you are, Bay Area, two shows... one at legendary punk rock institution 924 Gilman, and an SF matinee at the wonderful Hemlock Tavern. Two chances to see a great American rock band in its natural habitat. Look: The Bismarck have been around for about a thousand years and have quietly produced a pretty fantastic body of work, along with a live show that is both fun, passionate, engaging and vital. It'd be nice if any of that meant anything.

I swear if there were any producers out there with a shred of creativity, they would talk to Bismarck guitar player Eric Fundingsland about making a feature-length documentary off of the band's self-funded, self-produced tour documentaries. These documentaries are some of the most remarkable tales of woe you will ever see. Anything that can go wrong, does. Cancelled shows, jerk promoters, nobody showing up, fried equipment. You could play a drinking game for how many times other guitar player Chris Jury says, "I wish I were dead." Moreover, he seems to mean it!

So here is a list of reasons why you should take time out of your busy schedule this weekend to see this wonderful band:

Burger topped with homemade Russian style potato salad, American burger sauce, topped with schnitzel, lemon wedge and Wild Chokecherry jelly (.The berries can only be hand picked from the wild and grows only in this region of America. It is also North Dakota's state fruit..and a bugger to get hold of! Tee Hee)

Oh yeah... the music. I suppose you could say the Bismarck would be highly recommended if you are into the music of Archers of Loaf, Shellac, A Minor Forest, Unwound, and Engine Kid. However, like all of the greats, they truly sound like themselves.

Let's get this right, Bay Area, let's send these American treasures back up to the great rainy Pacific Northwest with a smile on their faces and a few dollars in their pockets.