With the new Go Fossil Free fossil fuel divestment campaign spreading like wildfire to over 190 universities and colleges across the country, I knew it wouldn't be long before the Wall Street Journal published an op-ed criticizing the effort.

Although Fox News beat them to the punch last week in a segment where regular contributors suggested students should focus on "not getting people pregnant" rather than saving the planet, the Wall Street Journal came out swinging today with an op-ed from a go-to industry voice, Robert Bryce. 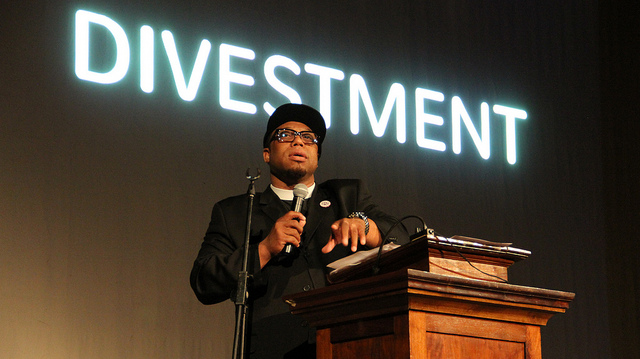 Rev. Lennox Yearwood preaches the divestment message on the "Do the Math" tour


Perhaps the most notable thing about Bryce's screed is that he doesn't debate for a moment the fundamental math underlying our argument. As Bill McKibben first laid out in a piece for Rolling Stone last summer, the fossil fuel industry has five times more carbon in their reserves than even the most conservative government says is safe to burn. That fact alone should put us on an emergency footing and spark a war-like effort to transition to renewables.

Bryce conveniently sets that fact aside and focuses his attention on making solar and wind power seem like some sort of pipe dream. As he writes, advocates of divestment need to "ahem, do the math" and understand that renewables could never power the world's energy needs.

Well, Mr. Bryce, let me clear my throat. Of course the transition to renewables is going to hard, we've said that from the very start. It's made all the harder, of course, by the constant lobbying of the fossil fuel industry. But hard does not equal impossible. A new study from the University of Delaware shows that renewables could power a large regional electricity grid 99.9 percent of time just using current technology. Another study from Stanford University shows that offshore wind alone could provide electricity for the entire Eastern Seaboard. Meanwhile, Germany -- cloudy, foggy Germany -- is on target to power 80 percent of the country's energy needs with renewables by 2050.

Let's do some more math. According to Media Matters for America, the Manhattan Institute, where Bryce is a Senior Fellow, has received over $600,000 from Exxon Mobile since 1998, including $95,000 in 2011. The institute has also received funding from the Koch Brothers and the Olin Foundation, a foundation started by energy titan John Olin. (To be fair, the institute hasn't always gotten its money from oil companies -- back in the 1990s, it used to get major support from Philip Morris to help "improve the image of the tobacco industry). In the end, it's simple arithmetic: $600,000 = serious conflict of interest. 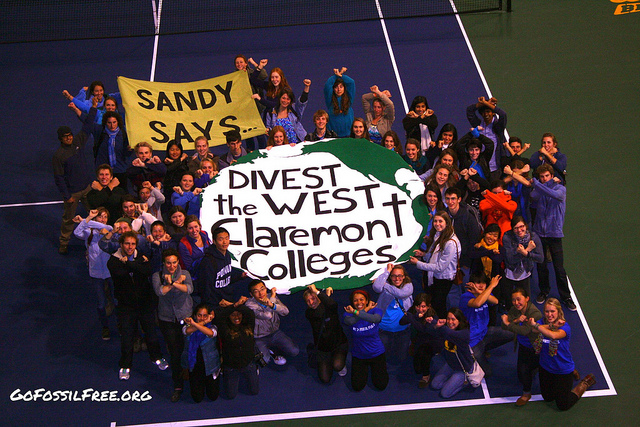 
Sadly, this isn't the first time the Wall Street Journal has failed to disclose the affiliations of its op-ed contributors. According to Media Matters, the Journal published op-eds from 12 advisers to Mitt Romney's campaign in the lead up to November without disclosing their affiliation. Bryce is a regular contributor to the Journal's op-ed pages, but his connections to the industry have never been listed.

While we welcome the debate over divestment, it's disappointing that Bryce and the Journal are leaving out key facts about the promise of renewables and Bryce's own industry affiliations. I'm confident that as students and boards of trustees across the country discuss the decision to divest, they'll do a better job completing their homework.