Is it possible for a story about appallingly sexist advice in a men's magazine to be good news? Can such a tale have a happy ending (no, not that kind of happy ending)? 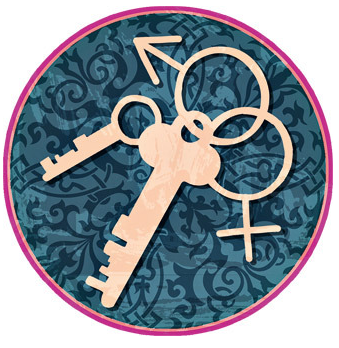 The September 2014 edition of the Russian GQ includes "The Gentleman's New Kama Sutra," 23 rules for navigating the complex world of 21st century sex with the help of 19th century values. It's tempting to posit that the editors are actually aliens who learned about Earth culture entirely from binge-watching Mad Men (with the occasional break for Animal House and Porky's).

Some of these sex tips are standard men's magazine fare (positions, pornography, sex toys), even if the illustrations seem to be trying to win a gold star for tackiness. But two of the entires are particularly loathsome.

The first, "How to sleep with an intern?" is a one-paragraph instruction manual for would-be sexual harassers, complete with an NSFW illustration that highlights the intern's main qualifications:

An intern is always a nymph. She's beyond the mire of company gossip, beyond the wall of routine, she is pure. Let's call her the office virgin. She's always ready to listen -- that's the first step to her mystery.

This uplifting advice is rivaled only by Rule Number Four: "As a bonus, your boss has taken you to the banya, where he's ordered in for prostitutes. How do you behave?" :

It's a common occurrence. Your girlfriend already wasn't happy with letting you go out. But who knew that there would be prostitutes? The boss only let you know in the sauna. Now's he's already had his share of cognac, and his junk is poking out of his towel while two busty odalisques are greedily devouring foie gras and peaches at his sides. A third is already stroking your penis. If you leave, you'll offend your boss. And theoretically, you're all for it. What to do?

What to do, indeed? The advice is simple: if "temptation outweighs your faithfulness, use a condom. And let yourself go. She's there to cater to your whims -- that's why she's a prostitute. And it's instead of a bonus -- you deserve it." If your boss isn't a jerk, it'll bond you two together. And, whatever you do, don't tell your wife.

After following contemporary Russian culture for the past 20 years, with particular attention to men's media and pornography, what shocks me most about GQ's "New Kama Sutra" is how retro it seems. And here I don't mean a typically condescending, Western view of Russia as decades behind the times. Everything about this feature looks like a parody of the Russian 1990s.

In the 1990s, (a decade that has been thoroughly demonized by the Putin years), the lawlessness of "Wild East" business culture, combined with an understanding of sexual revolution that was almost entirely about women's objectification, alcohol-fueled sex parties with prostitutes were every writer's shorthand for the corrupt world of business. Job vacancies for secretaries typically listed "uninhibited" as one of the primary qualifications.

This is not to say that Russian corporate life of 2014 is a feminist paradise, but the Russian GQ (which has recently come under new editorial management) seems remarkably out of touch. And this brings me to the surprisingly positive part of the story. To our rescue comes... the GQ online comments section.

As of today, the "boss and prostitutes" article has garnered 25 comments, and nearly all of them are united by irony and outrage. "What kind of freaks is this magazine for?" writes one woman. "Men, don't be such hypocrites," writes another. "Maybe this is some kind of trolling," writes a third. One man's comment is particularly damning: "To say that I'm in shock over this GQ crap is to say nothing at all; our society has become so degraded, if what was once an intellectual magazine publishes this sort of thing... or has GQ already dropped to tabloid level?"

Of course, it's a sad day when an online comments section looks like the best example of a functioning civil society in today's Russia, but we take our good news where we can get it.