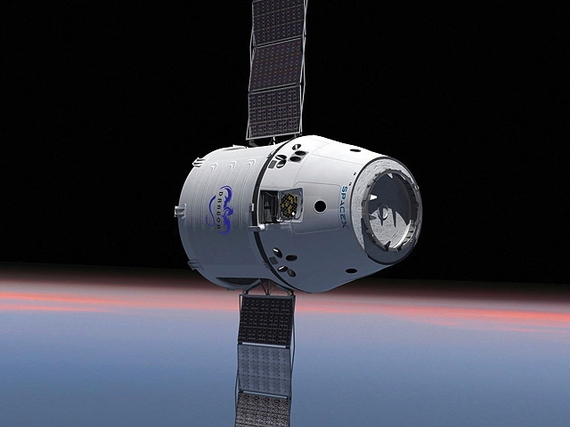 I've been doing a few interviews since the loss of the SpaceX Dragon on its way to the Space Station. Each one very quickly questions the viability of what they call commercial space in light of the failure. I tell them space is hard, this is what happens early in a program with new technology. It is better now than later in terms of that first and all important cautionary failure any such quest needs. And then I tell them more damage was done to the commercial space flight industry by Congress gutting the budget for humans to ISS flights than by this disaster. While this was bad, what they did on the Hill is far more insidious and damaging to the nation. After all, the gang at SpaceX can find and fix their malfunction issue using logic and technology. In the end the system will be better, the team, now scarred once will be wiser, and the rockets will fly again.

When it comes to Congress, who recently stripped over $200 million from NASA's proposed commercial crew program, forcing the program to stretch two years longer before it carries astronauts and handing the Putin a nice chunk of cash to do the job in the meantime, the solution is far less easy to find. In Congress we are not dealing with physical laws, technology or science, but the idiocy and shortsightedness of people who for whatever reasons refuse to see that their actions trying to kill commercial spaceflight are counter productive - even to their own constituents - and hurt US leadership at a critical time in history. Choosing to slow down the growth of this new industry, plans to utilize the space station, plans to go back to the Moon and on to Mars all the while pumping money to Vladimir Putin, who they in the same breath condemn, makes no sense, has no logic.

Unlike the ones ans zeroes world of accident analysis and repair, the failure of congress is nonsensical. A much dirtier, almost slimey set of actions and reactions that cannot be simply fixed - let alone understood by a logical mind. They have to do with pork barreling, political payola, party politics and hatred, fear of innovation and invention by vested interests, not invented here syndrome and all the other various elements of the brew which is constantly attacking the base of the launch pad of tomorrow.

NASA and commercial space, and even traditionals like Boeing are on the side of right on this, and the ever narrowing band of guardians of mediocrity now seem to huddling ever tighter in a certain single building in Washington. It is interesting that the actual metal benders and rocketeers and spacers have at last begun to come together on a shared vision and goal and the steps needed to make it happen, even as the staffers and doddering bosses of the Halls of Congress have yet to get what is happening.

A rocket can be fixed. A mindset has to be changed or those holding it made irrelevant. Whatever it takes, those who are stopping America from its destiny as the nation that can and should lead the human pioneering and settlement of space must either begin to get on board, or face the denegration of history, which will brand them as the fools of other centuries have been branded. Rather than this I urge them to take this moment to change their minds. It is time to put the money back in that was stolen from the NASA Space Station commercial crew account. Just do it.

All the best to SpaceX, Orbital Sciences and yes the Progress teams who are all working on their own solutions to open the frontier along with Boeing and the rest of the fliers trying to fly, all of whom I know personally share the dream. This isnt their fault, Theyt just want to make things fly.

I have walked the floors of some of those shops, and contrary to the naysayers, these new generations have all the right stuff they need. With the experienced managers who have jumped over from our heritage programs they also have a lot of great leadership. Between them I have faith we can do great things, and the ships will be back in the air faster and better than ever - if Washington can be kept far, far out of their way. We don't need showboats - we need spaceships, we don't need pork barrels - we need life rafts and taxis that will turn into American built space conestogas. And we don't need I told you so fictions from the mouths of those so often and famously wrong - We need to support those who are showing us the right way to the future.

Let the heroes working overnights in those factories fix the problem, give them the resources so they can - and much more. And then Let the rockets fly!

And meanwhile, as they toil endless hours to find the problems and get things right, those of us who are not good with wrenches and codes but better with words, keyboards, legislation, politics, business plans and ideas must now do our best so that when your rockets are ready to rise, they are unshackled by the chains of darkness so they can carry us to the stars.