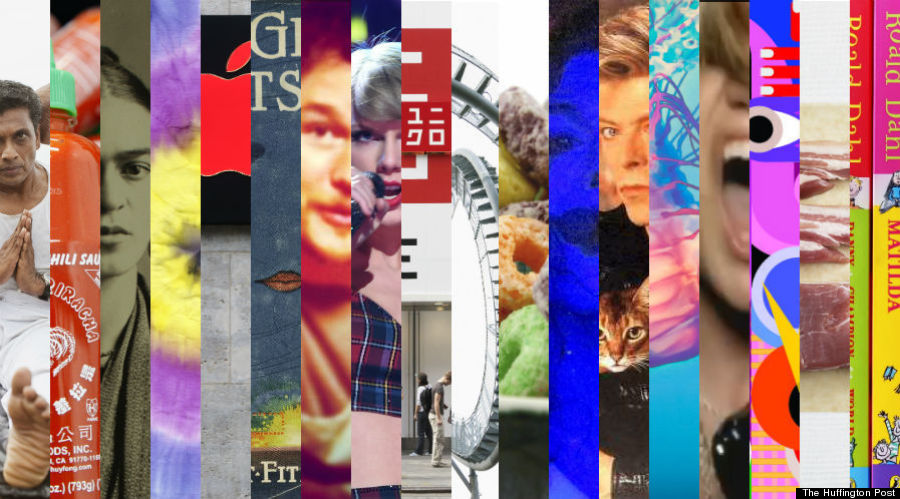 It's time again to take a magnifying glass to one of the best things in life. In case you missed the last two installments, this is the latest in a new HuffPost series, Popular Things That Are Also Good. We're exploring the age-old notion that popular pleasures are somehow lower quality than niche ones. Not true! In rare and life-affirming instances, a thing beloved by all -- be it a pop song, snack variety or family film -- is so undeniably good even the elitists sing/snack/stare along.

We'd like to shout our message from the mountaintops, like the lead character in one of our favorite, worthwhile family films, The Sound Of Music: a thing can be both popular and good. Just look at the holiday classic we investigated last month, The Snowman. David Bowie gives it two thumbs up and so should we all.

In lieu of actual mountains, here we are. In this latest entry, we turn away from the music and movies of our childhood. Instead we're contemplating a relatively recent game-changer, a condiment so powerful it pulled off the ultimate parlor trick this January, and merged with ketchup. Along the way, it's collected accolades and grave accusations. Aficionados know where we're going with this. The rest of you: ready your face masks, and your heretofore boring scrambled eggs, as we dive into the intoxicating (maybe toxic) world of... 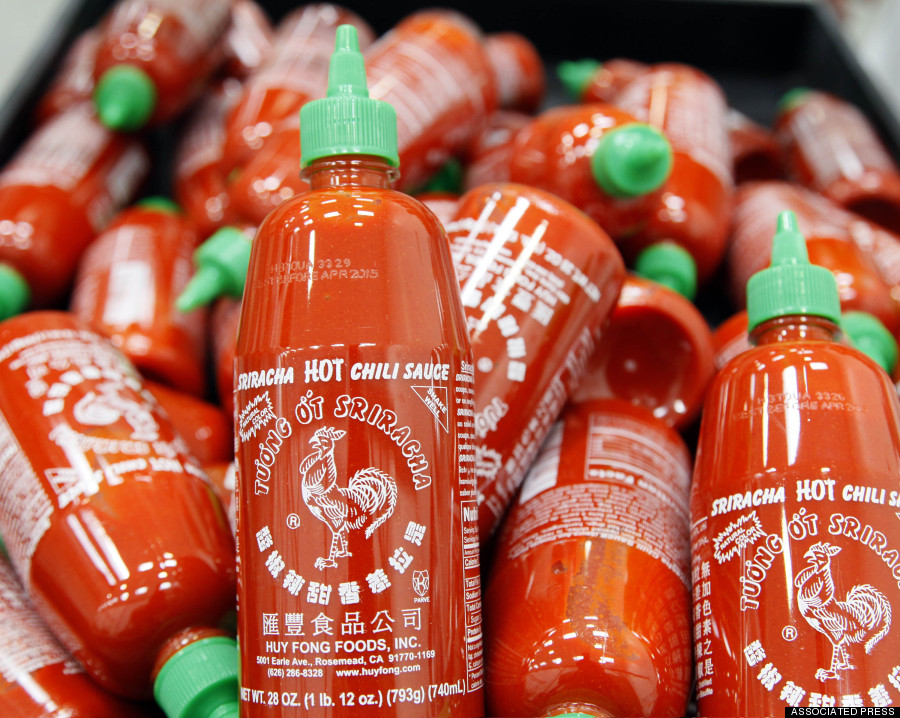 Today, the "Beyoncé of condiments" is everywhere, in supermarkets large and small, flavoring ice creams, starring in its own festival.

But it wasn't always so. To really understand why HFS deserves all the hype, it helps to go back to the brand's humble beginnings, aka the chronologically first bullet point in our love letter.

In 1979, Daniel Tran left his home in Vietnam for America. The freighter that chugged him toward U.S. soil was named the Huy Fong, and like some divinely-led character in a Horatio Alger novel, Tran honored that name by making it famous. "Sriracha" is itself the umbrella term for a type of hot sauce characteristic to the coastal Thai city Sri Racha -- which is why companies like Taco Bell can so easily mislead the public into thinking they're incorporating Tran's version into their menu when they're actually producing their own (Sri-gotcha!). 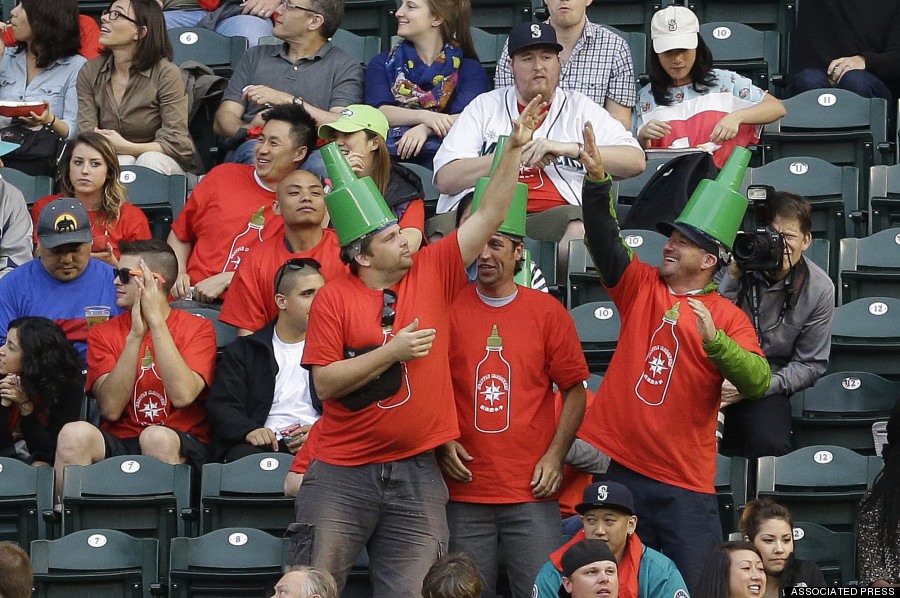 Born into a family of Sriracha makers, Tran quickly moved from Boston (too cold) to Los Angeles, where he bottled his uniquely addictive combination of jalapeños, vinegar, sugar, salt, and tons of garlic in glass jars just as his father once had. He reportedly never dreamed he'd sell to an audience outside of the local Asian population, which brings us to exhibit B.

In an age of books getting trailers and Instagram accounts for first ladies, Huy Fong Foods is a refreshingly out-of-it megacorporation. In 2012, the company sold 20 million bottles, all without a Facebook page, a Twitter account, or advertising of any kind other than word-of-mouth. As a Business Insider profile pointed out around that time, the company's website clearly stated that it hadn't been updated in around a decade. Nowhere in this narrative did a brand manager slap "gluten-free" or "artisanal" on the green-capped bottle and submit it to Whole Foods for resale. 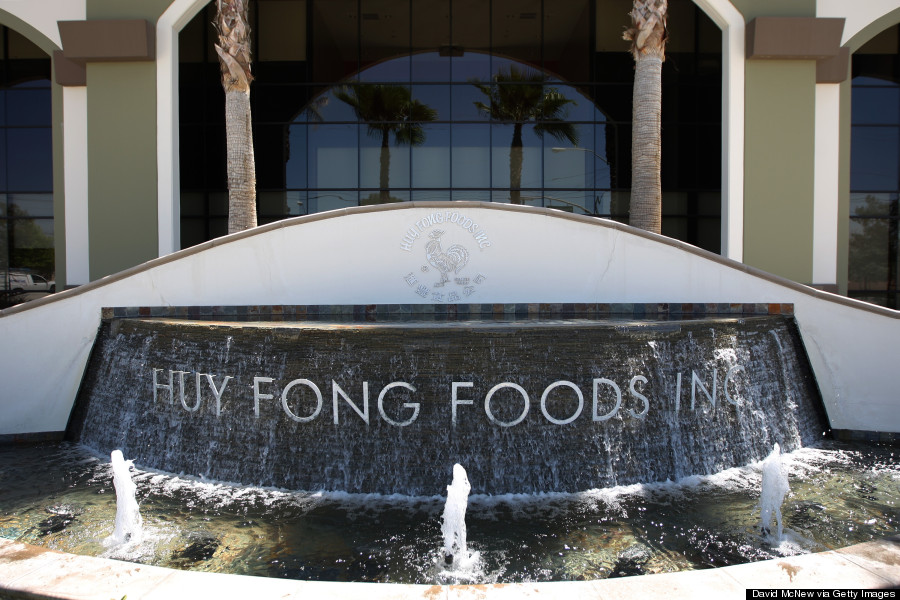 In fact, the rise of HFS is a tale as old as time -- or at least as old as trade. The story goes that an upscale Bay Area chef became the sauce's ambassador when she noticed its place of honor on the table during after hours, when her ethnically Asian staff sat down to eat. She tried it, loved it, and spread the word, without HFS spending a dime on publicity. If anything, it's the Sugar Man of condiments. Tran's dream, he told Quartz last year, “was never to become a billionaire.” It is “to make enough fresh chili sauce so that everyone who wants Huy Fong can have it. Nothing more.”

Even if you hate it, you sort of love it.

Every silver lining has a cloud, and for Huy Fong Sriracha that cloud once emanated from its headquarters. According to a lawsuit filed by the city of Irwindale, Calif. in 2013, the nearby HFS plant was ruining the surrounding air. Residents complained of burning eyes and throats, and an odor so spicy they could smell the chiles. A lesser product might have disappeared under the frankly believable charges, but apparently people love Sriracha more than clean air. 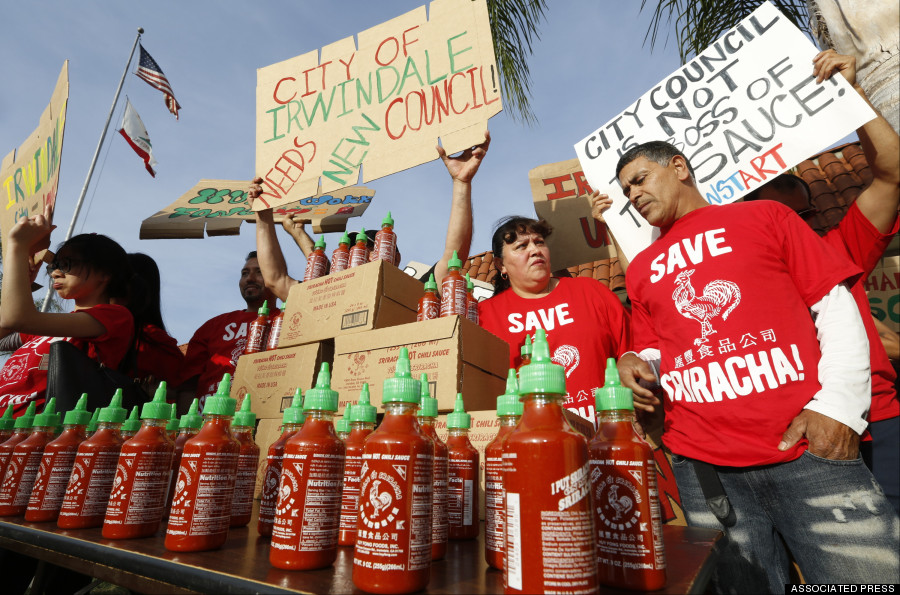 Ted Cruz, walking cartoon politician, spoke for the people of Texas and claimed the possibly toxic smell would be welcome outside Dallas. California governor Jerry Brown responded with a hustle not deployed for gay rights or the economy, convincing HFS to double check its operation, and Irwindaliens to drop the suit. Because jobs, and hot sauce. All complied, so much so that journalists reporting on Huy Fong are now encouraged to inhale deeply over the vats.

Lastly, in the words of David Chang...

“I don’t understand how [noted Sriracha backstabber Andrew Zimmern] could hate something so loving and giving. It’s just goodness. It’s good on everything.”