The sympathetic division leaps into action during times of fight-or-flight: heart rate, breathing, and blood pressure all increase, adrenaline surges into the bloodstream, pupils dilate, our mouth goes dry, we start to sweat, and our guts switch to standby so that fuel can be diverted to muscle as it turns its stored glycogen into glucose for bursts of quick energy. By contrast, the parasympathetic division activates the rest-and-digest response: blood pressure eases, pulse rate slows, breathing becomes calm, digestive juices flow, the intestines resume their motility, and the skeletal muscles loosen up.

The two divisions are best thought of as complementary and not antagonists. The autonomic system is always "on," working to maintain homeostasis--the propensity of all living things to maintain a balanced internal milieu. The sympathetic system predominates when quick action is needed. But when circumstances don't require immediate response then the parasympathetic system has the upper hand and literally slows our metabolism down. 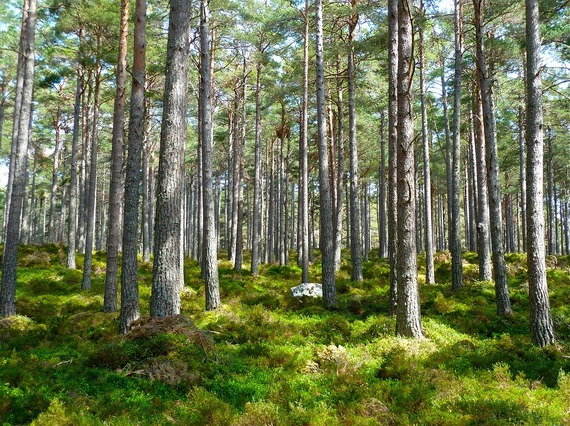 Now, about those trees. New research shows that the sight of trees allows the parasympathetic nervous system to gain an edge, calming the entire body and making us more relaxed. That's a good thing given how many of us live in concrete, urban environments. A recent NIH study found that in urban surroundings, "contact with real or simulated green settings as opposed to [manmade] settings has positive effects on mood, self-esteem and self-reported feelings of stress and depression." The Japanese have longed practiced Shirin-yoku, taking in the forest atmosphere or "forest bathing," to alleviate stress, aggression, fatigue, and feelings of depression. 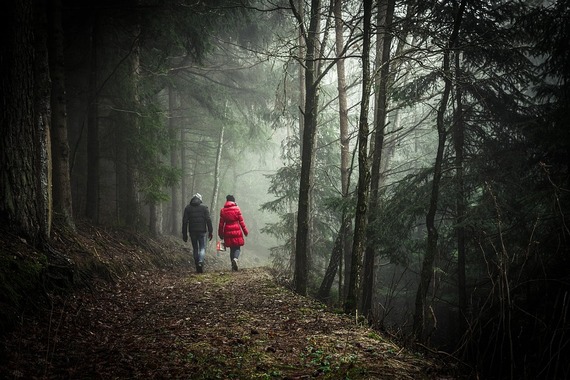 Field experiments conducted in 24 forests across Japan found that either walking in the woods (16 ± 5 min) or stationary viewing of the trees (14 ± min) reduced levels of the stress hormone cortisol in saliva samples. Walks taken inside the laboratory did not. Earlier, the lead investigator had found that hemoglobin levels in the left prefrontal cortex, which is associated with stress and apprehension, decrease during strolls among the trees.

Cortisol reduction and parasympathetic stimulation work synergistically to bolster the immune system. The science of forest medicine encourages breathing in the woodsy air because trees and plants emit phytoncides, volatile gasses that ward off rot and attack from bacteria, fungi, and insects. More than 5,000 of these compounds are recognized. Common ones from oak, cedar, locust, and pine have been used in traditional folk medicine.

This is only part of the explanation behind the calming effect of woodlands, watersides, and waving fields of grass, of course. Psychologically, we evolved in grassland and forest habitats that were vastly different from the concrete jungles we live in today. But even a city park or a fountain plaza can become a momentary sanctuary from modern worries and a daily life dominated by screens that strain the eyes and sap our energy. Rapidly shifting screen content doesn't allow time to grasp detail before it switches to something else. It's an environment antithetical to the one our visual system evolved in.

Natural images have a particular spatial structure. They are "scale invariant," meaning that no matter how much you enlarge them they contain the same amount of detail. The brain processes invariant images quite efficiently using a small number of neurons. By contrast, unnatural images are scale variant, and the amount of variance determines how uncomfortable we find an image. Unnatural images, particularly striped patterns, turn out to be measurably uncomfortable to look at. And striped patterns are everywhere in modern environments--stairways, lighting grids, the corrugated and reticulated surfaces of buildings. The most common stripe pattern we look at every day is text, and the reason that masking lines speeds up reading is because it covers up stripes that are visually discomforting. 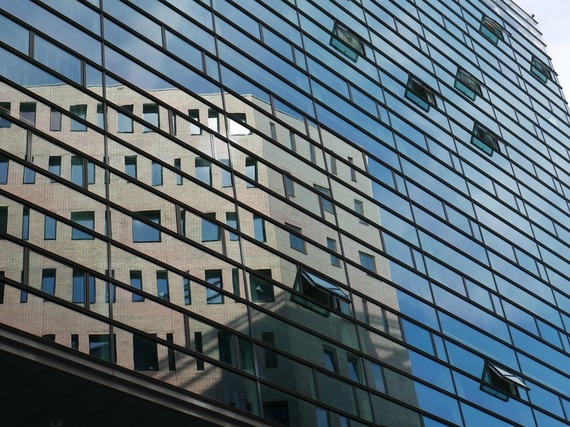 Natural, strain-inducing images cause abnormally large oxygen uptake in the brain. Visual discomfort is therefore a protective response to dampen the oxygen consumption spike that otherwise taxes brain energy reserves. Additionally, natural images don't have large color differences, quite the opposite from what we encounter in our screen, urban, and Disneyfied worlds. Part of the reasons that going for a walk in the woods or along the beach makes you feel better is that you are not looking at stripes all the time.

So, do yourself a favor. Stroll outside on your lunch break, stare out the window for a while, or at least Google an image of greenery and give your nerves a break.