There's an old adage that the environment is never saved -- just continually being saved. And the U.S. Navy's testing and training with high-intensity active sonar is a perfect example.

When it comes to the next five years of training and testing activities in Southern California and Hawaii, the Navy's not just up to its old tricks, it's moving forward with activities that, by its own estimate, will inflict an 11 fold increase over the harm the Navy estimated for its last five years of training. The National Marine Fisheries Service -- the agency charged with protecting whales and dolphins -- has authorized nearly 9.6 million instances of temporary hearing loss and significant disruptions of vital behavior, thousands of permanent injuries, and more than a hundred deaths. 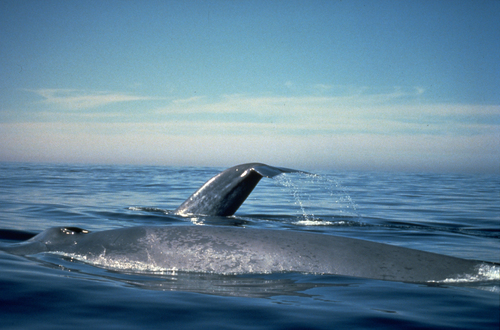 I'm at a loss to explain how the Fisheries Service justifies permitting this amount of harm as "protecting marine mammals," but I do know its approval violates federal law, as described at length in a lawsuit filed today by the Natural Resources Defense Council.

Of course, we've been down this road before with the Navy and the Fisheries Service. Twenty years ago, in 1994, NRDC first challenged the Navy and Fisheries Service over five years of planned detonations of heavy explosives -- called "Ship Shock" -- in and around the Channel Islands National Marine Sanctuary off the southern California coast. The court ruled in NRDC's favor, and we've been challenging the Navy's activities (and the Service's approvals) ever since. From the Navy's plan to deploy (in 80 percent of the world's oceans) a low-frequency active sonar system, which produces dangerous levels of noise over hundreds of thousands of square miles of ocean from a single source, to testing and training with mid-frequency sonar in locations around the globe, including, from 2007 to 2009, 14 major training exercises off the southern California coast that were predicted to harm 30 species, including five species of endangered whales. 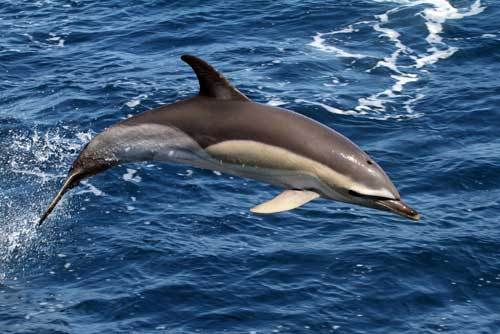 In case after case, NRDC has seen consistent success along the way. Court orders and settlements have transformed the way the Navy plans for and reviews its sonar activities -- activities that previously had occurred, if at all, in only the most cursory way, out of the light of public scrutiny. Millions of dollars of research has been funded by the Navy on whales, dolphins, and the effects high-intensity sound has on these animals, and, as a result, it's getting harder and harder for the Navy to claim that "we just don't know what's going on out there, but we're confident it's safe." Courts have required agencies to go back to the drawing board and actually use the best available science, and we've negotiated settlements with the Navy and the Fisheries Service that impose limits and safeguards on sonar use, reducing actual harm to whales and dolphins that would have otherwise ended up in harm's way.

But we haven't won every case. In 2008, the U.S. Supreme Court invalidated two of the safeguards imposed by lower courts in NRDC v. Winter, when the Court majority, over a strong dissent, concluded that the Navy's demonstration of national security interest in that case trumped environmental concerns.

With all that's come before, we've reached a critical crossroads. One path represents the tired cynicism of government regulators generating rationalizations for their after-the-fact determination that a set of activities estimated to harm marine mammals nearly 9.6 million times, cause thousands of permanent injuries, and kill more than a hundred whales and dolphins, will have only a "negligible impact" on the species affected. Down this path, the agency charged with administering the Endangered Species Act finds that these activities will not jeopardize the survival and recovery of endangered species, despite strong scientific evidence to the contrary.

NRDC believes we can no longer afford this road, and we're going to court today to prove it. We intend to do so by relying on science largely funded by the Navy and the Fisheries Service. Studies that document whales and dolphins fleeing from mid-frequency sounds, abandoning important habitat. Studies that show beaked whale populations plummeting in regions frequented by sonar. And studies showing endangered blue whales--the largest animal to have ever lived on the planet -- halting foraging behavior and forfeiting critical feeding opportunities they need to thrive.

For the sake of our oceans and everything in it, the Navy and the Fisheries Service have to meet the requirements of federal law -- by conducting and overseeing testing and training with high-intensity sonar in a more environmentally responsible way that eliminates the unnecessary infliction of harm to countless whales, dolphins, and other marine mammals. The Navy can secure the training needs of our servicemen and women while avoiding or minimizing harm to the whales and dolphins fighting increasingly to survive. 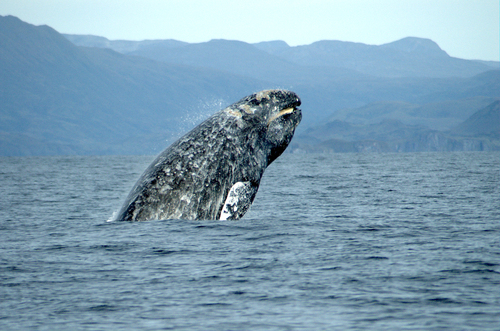 That's what the law requires. And as we've done relentlessly since the Ship Shock case two decades ago, NRDC remains determined to hold them to it.