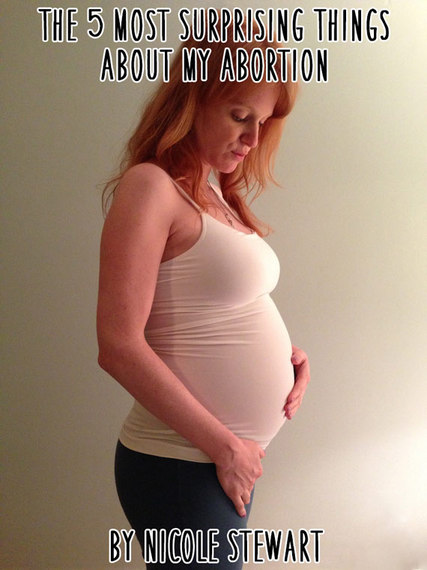 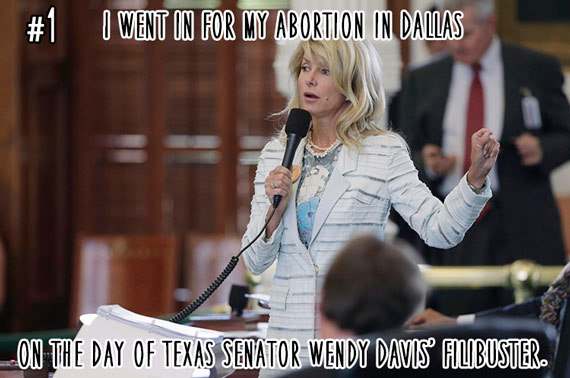 I ate lunch alone at my desk before driving to the clinic for our appointment. In the two weeks since my husband and I found out at our 20-week sonogram that our fetus was abnormal, I'd barely left the house. My entire world collapsed. The baby I had loved since before he was conceived was deemed by doctors "incompatible with life." My husband told me about a senator from Fort Worth who was filibustering HB-2, a series of restrictions on abortions in Texas that includes a ban on abortions after 20 weeks. I clicked on the live stream, afraid of what I'd see -- afraid of anything that could make my reality more excruciating than it already was. Instead, I saw a Legally Blonde-esque powerhouse in pink sneakers and listened to her describe my exact situation. Seeing her stand there, so professional and composed as she spoke about what I was facing, was the single most consoling act I could have experienced in that moment. 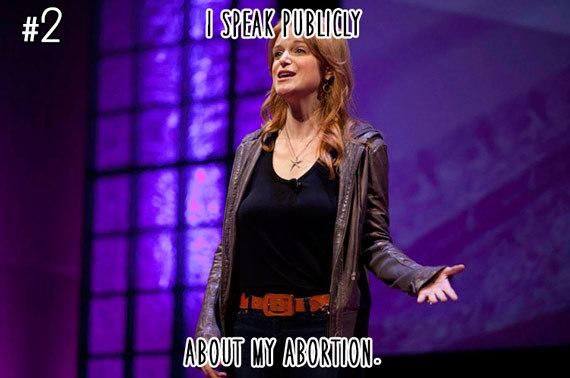 The day after the abortion, I made a statement to my husband that would change my life even further: "I'm going to share our story." Before having an abnormal fetus, I might not have understood why a woman would want or need to have an abortion after 20 weeks. It sounded lazy, careless and selfish to me. But once I knew from traumatic personal experience that there can be loving reasons for a late-term abortion, I felt I couldn't stay silent. I realized that if I had heard more people talking about this side of the issue before I went through it myself, I might have felt less alone -- and I might have felt less humiliated to think that others might think me lazy, careless or selfish, when the truth was that I wanted my baby more than anything. Like Senator Davis, who stood for me and all women, I decided to let people know how important it is to protect a woman's right to choose. I started with a speech for TEDxSMU last October and then told my story for Oral Fixation -- and I haven't stopped. 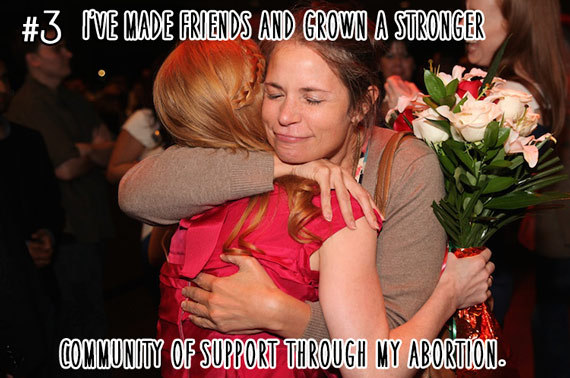 After taking a deep breath and putting my truth out into the world, I was inundated with loving support. Friends have confided that they've had abortions, and now we are closer because I know something about them that hardly anyone else knows. Strangers who've read my story have reached out and thanked me for sharing. I'm developing friendships with a couple of women who've also gone through terminations due to fetal abnormalities. And then there's the immediate reaction when I speak in public--men shaking my hand, thanking me for being brave enough to shed light on an issue they've struggled to understand; women hugging me, saying it's a miracle I could talk about such pain in public when they've lived quietly with their own pain for years. Even the woman whose story Wendy Davis was telling when I clicked on the live stream reached out to me in solidarity. My story has brought awareness to the plight of so many who previously suffered in silence. And together we feel stronger and less isolated. 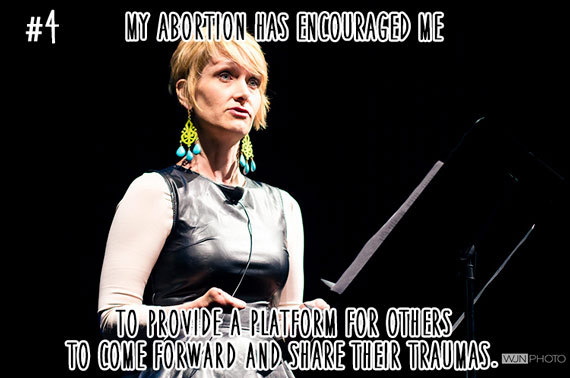 Every month, my husband and I co-produce a live storytelling series in Dallas called Oral Fixation (An Obsession With True Life Tales) that features regular folks reading aloud their true, personal stories on a theme. In the past, when I ran across a really tough or divisive issue, I'd detour around it, afraid to alienate my audience. But now, I am bolder. For example, our March show, "Elephant in the Room," included the story of man who, at 14 years old, narrowly avoided molestation and another of a suicide attempt due to childhood sexual abuse. I've worked with members of my community to share their stories of racism and dealing with disability. Perhaps because I've been so grateful not only for the positive response and support, but also the healing I've experienced since sharing my story, I'm now fearless about talking about tough stuff. In fact, I've begun to understand that it is silence, far more than honesty, that we should fear. It is my greatest reward to witness the catharsis of sharing something long held inside and how it heals both the individual and the community who hears the story. 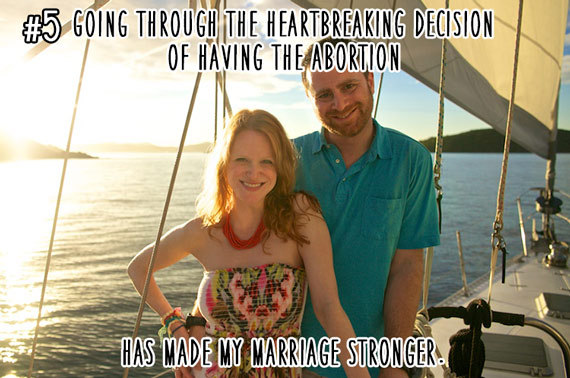 My husband and I had been married only four months when we conceived our baby, intentionally and with incredible joy. When we learned about the baby's problems, we were on the same page instantly: We didn't want to bring a child into this world to suffer. But we didn't give up easily. We felt we owed it to the baby to find out as much as we could about his condition before making a decision about his life. My husband stood by my side, putting aside all professional obligations to be there at every sonogram and every test, and then he spent hours in the abortion clinic's waiting room while I underwent three days of procedures. By the end, I felt for the first time that I trusted another human being with my life. The following months were heavy with crazy menstrual cycles, epic crying fits on the bathroom floor and so much sadness for what could have been. It hasn't been perfect, but over time, we are learning how to be there for each other in our grief. We know now that our love can overcome any obstacle, and rather than feel like victims, we rejoice daily in our many blessings, such as the ability to try to get pregnant again. We help each other hold the belief that we did the best thing for our baby and that we will be parents someday. And every time we learn of a family or individual who has benefited from hearing our story, we feel our love for our lost soul deepen with the knowledge that he has left an incredible legacy.

This post is inspired by Abortion Wellbeing Month. Join in celebrating wellbeing, connectedness, compassion, and respect for those with personal abortion experiences at www.exhaleprovoice.org.