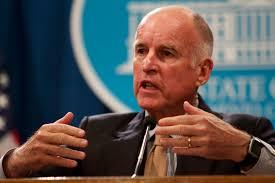 The $171 billion budget proposal released this week by California Gov. Jerry Brown shows how politics can work well in a state with the 8th largest economy in the world. It also offers a clear contrast to the political dysfunction in the budget process in Washington. Long derided for its "fruit-and-nuts" politics, California is leading the way in envisioning a political system that can actually get things done.

The key to Brown's budget is that it addresses the most pressing needs of California's citizens, from homelessness and education to needed infrastructure improvements, at the same time setting aside a substantial "rainy day fund" to prepare for future economic downturns. While not everybody is happy with the budget and it will clearly by tinkered with - Democrats want more social spending and Republicans don't like the tax proposals - it represents governance built on compromise and common sense.

Most importantly, it seeks to restore the trust of the public in the ability of government to set priorities and accomplish realistic goals. Unlike some state governments that are paralyzed by ideology and political polarization, blue-state California has found a more moderate, pragmatic path to governance. Social wedge issues have largely been put aside, with greater focus on the well-being of the citizenry and the health of the economy.

While Gov. Brown's tough and experienced leadership is part of the successful equation, there have been important structural and strategic changes to the political system that laid the groundwork for success. In 2012, the state moved to an "open" primary process for elections. Instead of a handful of activist Democrats or Republicans choosing the nominees in their own primary elections in safe districts, any voter can now vote in the primary. The general election in November is then between the top two vote getters, even if they are from the same party.

In practical terms, these means that candidates must seek votes from all voters -- Democrats, Republicans and independents. So even in a safe Democratic district, for example, a candidate can win by getting more votes from Republicans and independents. Candidates with views that appeal only to the Democratic base may lose if they don't get some votes from non-Democratic voters. The same is true in Republican districts where a candidate appeals only to his or her base. The result is that more moderate candidates are elected on both sides of the aisle - candidates that more accurately reflect the views of the broader electorate.

Even though both the legislative and executive branches in California are controlled by Democrats, the government has avoided much of the ideological posturing that occurs in other states, particularly those dominated by Republicans. While this is in part due to the open primary system, it is also a result of a more moderate position taken by Republicans in the California legislature. For the most part, California Republicans steer clear of social issues and focus on fiscal responsibility and efficient government. In those areas, the Republicans have found occasional allies in both the governor and moderate Democratic legislators.

The Brown budget is also noteworthy in a couple of other respects. First, it sets clear priorities rather than being a jumble of allotments to special interests or political causes. It adds money for education and health services, but also for corrections and transportation, while it actually reduces spending for environmental protection, one of Brown's pet causes. It also extends a tax on health insurance companies, but sets aside $2 billion for the rainy-day fund. Democrats want more spending on social services instead of the fund set-aside, while Republicans are generally unhappy with the tax proposal. When everybody is a little unhappy, it's probably a sign of good government.

Compare the example of California's reformed political system with the dysfunction in Washington and in many other states. California demonstrates that total victory over the opposing political party or ideology is not only unrealistic, but it is undesirable. Government works best when it sets clear, practical priorities that meet the needs of the broader citizenry. Ideology is never a good guide for government, which is at best a messy, trial-and-error endeavor. If our national government could look to the example of California, we'd all be better off.