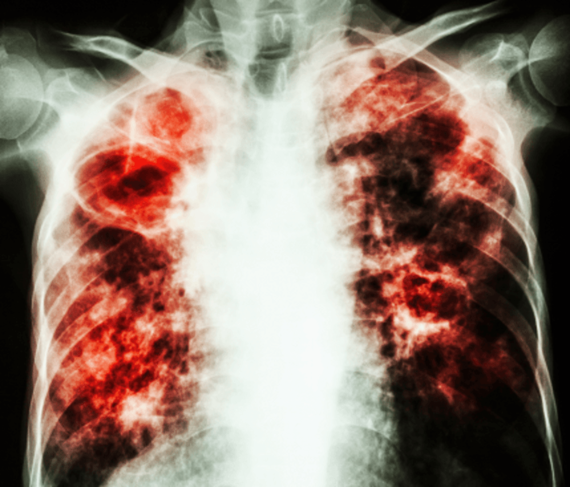 Tuberculosis (TB) has managed to remain a major global health problem, despite 100 years of research and more than 50 years of treatment being available. It still claims up to 1.5 million lives each year.

Although there have been ongoing efforts that provide some hope in the fight against the disease, the TB drug pipeline remains thin and vaccine development slow as resistance grows.

More than 9.6 million new TB cases were recorded in 2014. This prompted the Stop TB Partnership and the World Health Assembly to set a target of reducing TB-related deaths by 95% and cases by 90% by 2035. But new therapeutic and diagnostic interventions - including an effective vaccine - are urgently needed if these goals are to be achieved.

Recently there has been an increasing focus on alternative treatment strategies known as host-directed therapies. These are mostly drugs and therapies that have been developed to treat other diseases and conditions such as diabetes or inflammation and then re-purposed to tackle TB.

What makes these therapies unique and important is that after 60 years of targeting the bacteria that kills TB, these treatments open a new door in the fight against infection. They focus on fixing the body rather than the bacteria.

If successful, these alternative treatments will add huge value by addressing the clinical demands around treating TB.

Limiting tissue destruction is important because it prevents the disease from progressing. Tissue destruction can be the result of an overwhelming inflammation that destroys important cells in the immune system where the infection occurs. This may lead to cavities forming in the lung. The bacteria that causes TB is then able to disseminate throughout the lung and is coughed out through the airway.

A number of host-directed therapies currently being investigated could potentially be used for adjunctive TB therapy. These include:

When these therapies are used in combination with standard treatment regimens that target the bacteria, they are likely to shorten the current course of treatment.

Why we need alternatives

There are several challenges that affect TB eradication.

First, the TB burden has been aggravated by HIV co-infection. HIV compromises the immune response required to protect a person against TB. This increases vulnerability to the disease. The World Health Organisation's most recent global TB report shows that of the TB-related deaths in 2014, just under 27% of patients were HIV-positive. This is a slight increase from 2012.

A second challenge is drug resistance.

First-line drug regimens have saved millions of lives but have been marred by non compliance and inconsistent use. TB patients who fail to adhere to their drug regimens often develop drug resistant TB. This means they have to go onto second-line drugs which are more expensive and may take even longer to complete.

Drug resistance has led to a number of patients not responding to current treatment protocols, which is why there is a dire need for more treatment options.

The third challenge is that there is no adequate vaccine for adults.

The only approved TB vaccine, Bacille Calmette-Guérin, introduced 95 years ago, reduces the risk of TB in children. But it does not help adults with lung TB. An efficacious vaccine that provides a reliable protection against pulmonary TB is essential to eradicate TB.

In the past ten years, there has been some progress in developing a vaccine. A new candidate, MVA85A, reached a phase 2b clinical trial.

Although MVA85A failed the clinical end point trial due to limited efficacy, several lessons were gained from the study. These will be highly beneficial in guiding future vaccine development efforts.

Currently over a dozen preventive vaccine candidates are progressing through the development pipeline, providing some hope in achieving the 2035 targets.

Other interventions that could help

There are several other areas that need to be looked at to help eradicate TB.

First, the rapid diagnostic tools that can detect latent TB, drug-susceptible TB and drug-resistant TB need to be improved to detect the disease earlier.

Second, patients that do not respond to current treatments due to drug resistance do not have any other alternatives. A new strategy is needed here.

Mohlopheni Marakalala, Senior Lecturer and Group Leader in the Division of Immunology, University of Cape Town