If there was any doubt that nature of the web is changing, Mary Meeker's Internet Trends 2015 presentation at the re/code conference laid things out in crisp undeniable data.

Yes the web is big, but growth is slowing. Internet user growth in 2014 was just 8 percent, down from 10 percent in 2013. Smart phone sub growth was down 4%, from 27 percent in 2013 to 24 percent in 2014. And both Facebook and Twitter's ARPU (average revenue per user) and monthly active users are both flat, with year-over-year growth rates stagnant.

Meeker's presentation pointed to a meaningful change in the web - with growth in Video highlighting the change. Video racked up a dramatic 64 percent of web traffic in 2014 - up from 62% in 2013. And the shift from desktop to mobile was meaningful as well - with mobile now accounting for 55% of traffic, up from 52% in 2013.

Facebook is driving growth in video - with four billion video views per day. Meeker reports that's up up 4x in the past six months. Video game viewing on Twitch, now owned by Amazon, has 100 million monthly active users, up a remarkable122% in the past 12 months. 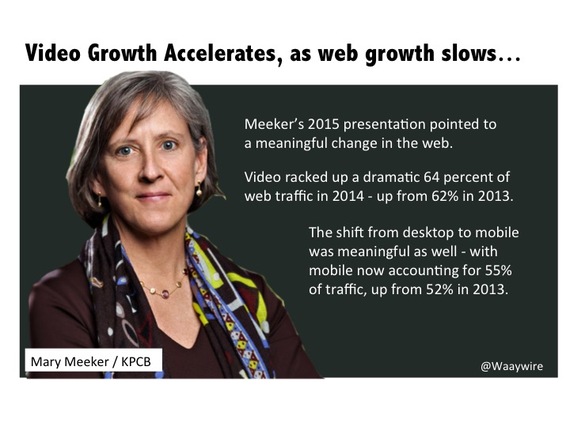 And mobile video is an ever-growing portion of video viewing, and it's emerging as a different, vertical video medium, because of the way people hold their phone'

But as Meeker pointed out - video isn't getting bigger. It's getting smaller, and vertical, and mobile. Said Meeker: "Small Screen Vertical Viewing Became Big Deal... " in 2014. 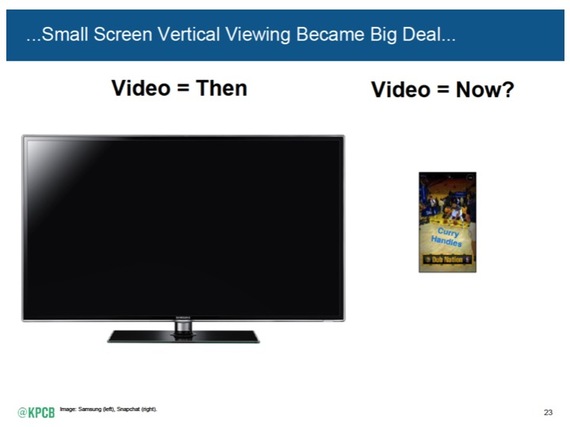 Vertical viewing now accounts for 29% of total time spend on screens. Vertical viewing is the only category that's growing other than tiny growth in 'other' connected devices like OTT. 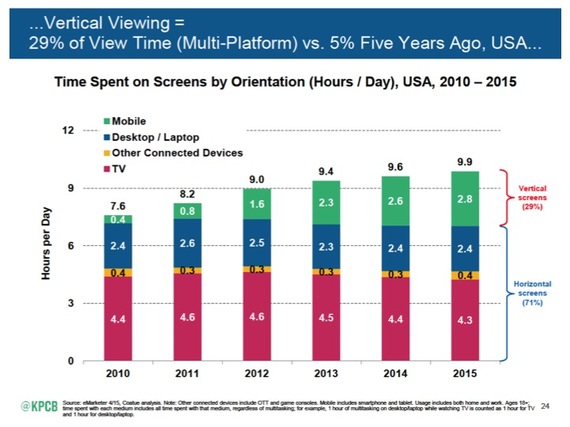 The most dramatic growth is in what Meeker categorizes at "User-Shared" and "Curated Video" both of which are rising rapidly. 4B Video Views per Day, Up 4x in 6 Months on Facebook as reported by Facebook on a recent earnings call. 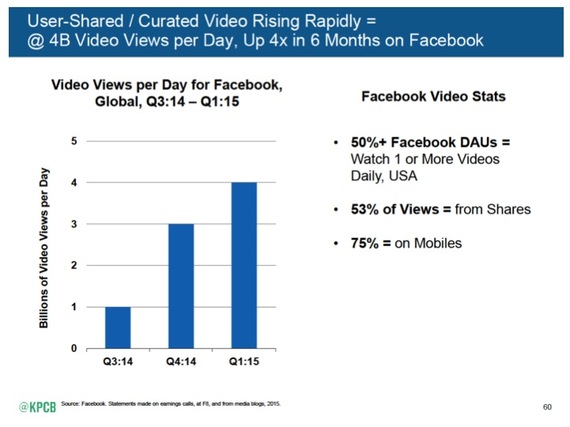 And User-Generated content in the form of Live Game Streaming is growing rapidly as well - with Twitch reporting that what they call "Unique Broadcasters" has grown +67% year over year to 1.5MM, and Videos Broadcast per Month, +83% Year over year 1MM Peak Concurrent Views. 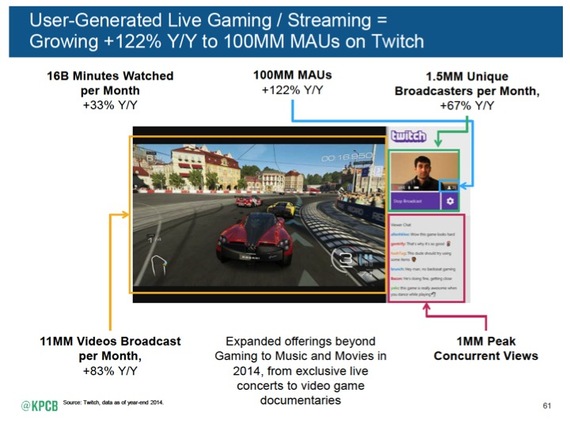 Meeker reports that User-Generated Content / Stories = +140% Year over Year to 125MM Cumulative Stories on Wattpad - which bills itself as the world biggest community of readers and writers. With 100 million stories to read, 40 Million readers , and 11 Billion minutes spent on Wattled every month. User-Generated stories are growing fast. 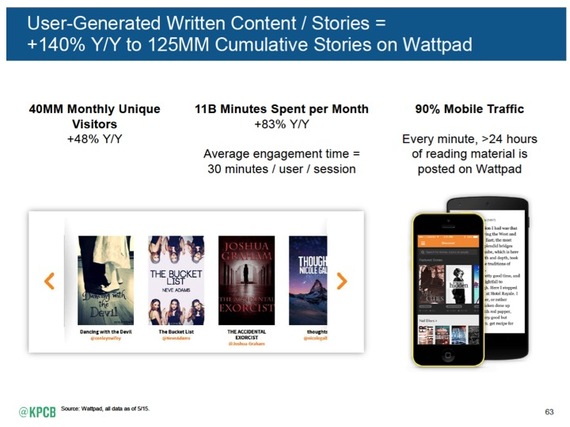 And in the news space, users Increasingly the first source for news via Twitter says Meeker. 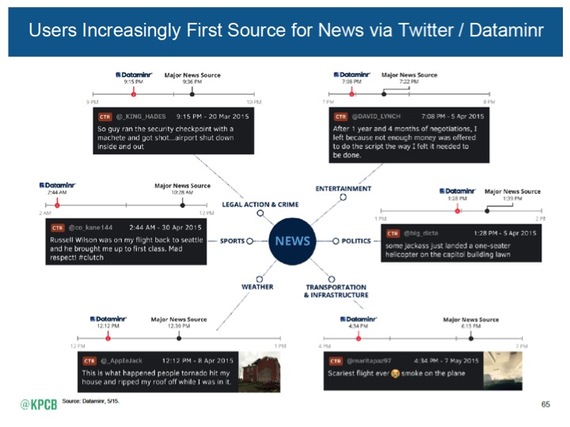 Meeker describes the internet as being "recreated" with User-Generated content, News, and reviews. And - she says - "Millennials = Love Their Smartphones... 87% = 'Smartphone Never Leaves My Side' 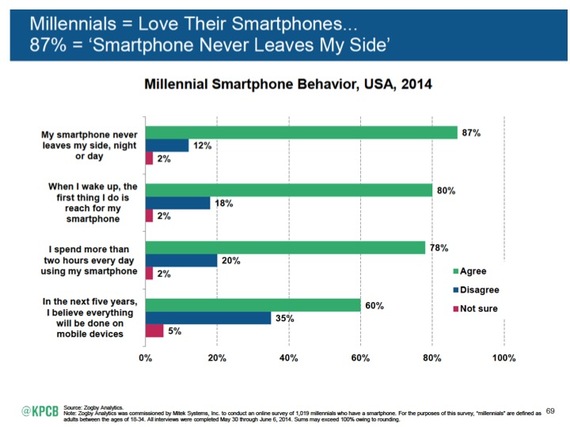 It's hard to overstate the importance of these changes in just the past twelve months. The web is maturing, and at the same time a first generation of digital natives are embracing the devices they've grown up with. This means new behaviors, vast changes in how audiences are engaged and connected, and a rapid evolution from the old world of horizontal 'lean back' viewing to a new handheld generation of vertical viewers who both create and share as a natural extension of their social experiences.

Video is the future. But what kind of video is up for grabs.