I met my husband on Fire Island in September, 2005. He was then, and still is, a handsome Jewish man. I was then, and will always be at heart, a Drag Queen. We were casual friends who became friends with benefits, who became boyfriends, who got engaged and became husbands. But before this happy ending could write itself, once upon a time, I had to impress my future in-laws. Yes, the proverbial star-crossed lovers defending their love. Cliché, but if you know me, you already know how I love a cliché.

I met my potential in-laws formally in Princeton, New Jersey on the highest of the High Holy Days, for Passover Seder. I was already nervous because I have tattoos of naked pin-up girls on my arms and don't usually make good first impressions. Even worse, my at-the-time-boyfriend, Aaron and I were, as usual, very late.

We arrived in Princeton just before sunset. In the dining room were the loud voices of aunts, uncles, moms, dads, cousins and the matriarch of the family -- Aaron's grandmother, Bubbie. The sound was exuberant jokes, smart insults and philosophical candor.

In contrast, I can be shy and socially awkward. My history is quite checkered, and most of my stories are rated R. The best ones involve jail, pimps, hookers, guns and switchblades. If asked where my name comes from, I usually reply, "That's a long story, honey, you don't have time for that one." And, indeed the story of my name is probably one of my best, but unfortunately, it's scandalous and rated X.

So it was me in New Jersey, looking for a way to relate, scanning the room for a way to fit in. Then I found one. The chicken matzo ball soup.

Unlike the spicy conversation, the soup was a flavorless bowl of water with a spoon. Aaron whispered to me that the soup was from a caterer, that Bubbie had retired from making chicken matzo ball soup when she turned 75, and that the younger women of the family paid this tradition nooch -- this means they didn't want anything to do with it. Bubbie was then 86.

I saw this as something I could bring to the table. At the time I didn't know about cooking, but every Queen knows about magic. Half of drag is illusion. I decided right then that if this romance with the Jewish guy lasted another year, I was going to channel my best Rachael Ray. I was going to make the chicken matzo ball soup.

The following year, Aaron and I had moved in together and we were happy. So I kept my promise. I went to the Restaurant Warehouse on Bowery, I bought a pot the size of a small bathtub, and I made a phone call to Bubbie for the recipe.

"There is a secret to this," she explained over the phone. "The broth must have flavor, but it has to be clear and gold. Most importantly, the matzo ball has to float. If it sinks, there's gonna be a lot of unhappy people." Then she added, "The secret to the perfect broth is white pepper. The secret to the floating matzo ball is love."

Over the next few weeks, I practiced. Our apartment, twenty-two stories high in the downtown skyline, was a hotbox, its windows steamed up with aromas of celery, dill, and parsnips. We ate chicken soup for breakfast and dinner, until finally, on Friday, just before the big day, I got it right.

But overconfidence tipped the balance. On Passover morning, my pot of boiling water produced 27 sinking matzo balls. Did I not get the love part right?

My confidence was replaced by Catholic guilt. Or was this newfound Jewish guilt? Luckily there's Zabar's on the Upper West Side, which on a Passover afternoon is a war zone of fast hands grabbing for last bit of matzo and jars of gefilte fish and quickly disappearing six-packs of the most perfectly rounded, hand made matzo balls. We bought them all.

We arrived in Princeton, late as usual in a very unfortunate Zip-car.

In the kitchen, the women of the family -- Bubbie included -- greeted us with great expectation. How I wanted to lie and tell Bubbie I got the love part right. But I couldn't; instead, I laughed. I admitted to my most expensive, disastrous, G-rated mistake ever. And that was when something spectacular happened.

The women cracked up, poured me a glass of Kosher wine, and threw their arms around my awkwardness. Bubbie smiled and handed me a 20-dollar bill. I was just like the rest -- overwhelmed by the task. The failure gave me what I desired; an organic root into the family tree, a way to connect, and a story to tell.

When Aaron and I married on September 25, 2011 our families became one -- a whole lot of mismatched stories thrown into a pot together. Some of the most glorious stories are of our mistakes, and how we made ourselves better because of them.

Every year, at Passover, our apartment is filled with the aroma of this tradition; the parsnips, the celery and the white pepper. Our mythology: The imperfect chicken matzo ball soup, where the love is in the intention, and if I mess it up again, which I often do, there's always Zabar's and Kosher wine, and laughing. 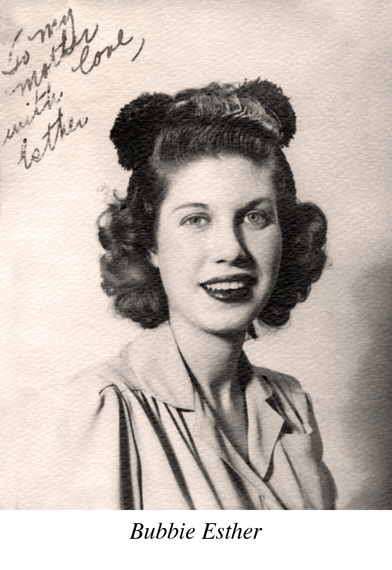 I come from Denver. I cut hair and write about things I love. I love New York. I live with my husband in Brooklyn Heights.