Without question, I am the engine that runs my family. I am the organizer, the planner, the just-in-case-you-need-it-I’ve-packed-it person. If you forget something, I will bring it to you. If you lose something, I will replace it. If you need help, I will provide it. I am the safety net who won’t let you fail. Your happiness and well-being are more important to me than my own ― and without question, I will always let you have the last spoonful of my ice cream even though I actually really want it.

And now, I’m done with all that. I am a helicopter mother whose blades have fallen off. I can’t be certain what caused my abrupt change-of-direction, but I suspect it was a result of my husband falling seriously ill and me just not having enough bandwidth to maintain my approach to parenting our two teenagers.

But here’s the news flash: My kids are surviving just fine and I think we are all a little better off for it.

Granted, my daughter initially didn’t like it when I refused to come fetch her when she ran out of gas. In a perfect storm of teenage forgetfulness, she had also forgotten her wallet with her money and credit card and driver’s license. When she called to deposit this problem in my lap, I was busy dealing with getting my husband home from dialysis after a ride canceled, chasing down someone for a story for work, and figuring out which of the two renal-friendly recipes I’ve mastered I could make for dinner without having to step foot in a grocery store. For the life of me, I couldn’t remember who was picking up my son at camp, but I remember feeling very grateful to them nonetheless.

“Deal with it,” I told my shocked daughter. “You are going off to college in a few weeks. What will you do then?”

My daughter, who shares her mother’s resourcefulness, figured it out just fine. She remembered what she learned at Outward Bound’s survival in the wilderness program and started by taking inventory of what she had with her. The coins in between the seat cushions and a $5 bill in her running bag bought her enough gas to get home. She also wisely keeps her AAA card in her glove box, something she rediscovered after her “Mom, fix it please” call to me failed to elicit the expected response. My son rode the public bus home for the first time in his life that day since I had only imagined someone was picking him up, and by some passing miracle of G-d, I had all the ingredients for dinner and didn’t need to stop at the market.

Need more evidence of the new blade-less me?

Because of my husband’s illness, we canceled all summer travel plans. While my daughter has lined up a series of babysitting jobs, my son has too much down time and not enough activities to fill his days. Then I heard from an Internet stranger about a first-time camp program called Future Scouts that uses our city as a canvas and combines creative entrepreneurship, technology, story-telling and the ethos of kindness and paying things forward. And it is free. I honestly cannot tell you exactly what this camp does but I signed him up for it and told him he was going.

“Uh, Mom,” he said, “do you, like, even know these people?” he asked me. While just a month earlier, I would have wondered who was in possession of my body that would do such a potentially unsafe, crazy thing as send my son off with total strangers, my response now was this:

“You’ve got your phone. If it looks weird, just text me.”

And more still? My son came into my home office to report, with some indignation, that he was out of clean underwear. I didn’t need to speak aloud because my expression said it all. Five minutes later, I heard him empty the hamper and the washing machine turn on. Note to self: Teach him about clothes separation and use of cold water or live with pink bras.

Truth is, I have seen the light. In order for my kids to step up, I needed to step away. In my helicoptering ways, I wasn’t allowing them to figure out their own solutions, or learn the consequences of their own actions. In the fourth grade, the same child who ran out of gas routinely forgot her violin at home on music days. And our answer was to drive back to school to give it to her ― sometimes twice a week. For years, we drove millions of miles to take my son to soccer practices and games, often leaving before dawn and getting home on school nights after 10 p.m. My son now knows about public transportation and Uber and what to do when you can’t find clean boxers.

Because of my husband’s illness, my kids have learned how to manage some things for themselves and with that knowledge comes the confidence of knowing that they are capable, that while the mom safety-net may always be there, being able to figure things out on your own is an adult skill that they in fact do possess. I just had to be grounded for them to realize it.

My kids have taken over their own food preparation. They stop and buy milk without me telling them; they see the empty milk carton in the garbage and can now make the connection. They have taken over care of the dogs, asking each the other “Do you want me to walk them?” instead of shouting “I walked them last Thursday and it’s your turn.” They take out the garbage and bring up the cans after it’s been picked up. They made their own doctors’ appointments for their sports’ physicals, now set their own alarms to wake up, arrange their own transportation when they want to go somewhere, found their own internships for community service credit, and go around talking to one another reasonably ― the way two adults would. The harmony alone has been astounding. And no one has spent 10 minutes standing in front of the open refrigerator door only to then ask me, “what’s to eat?” The table gets set for dinner and the dishes washed without my involvement.

As for me? I don’t even feel less needed. I feel pretty great about how my kids rose to the challenge that a family crisis brought on ― and in fact, see it as the silver lining to what has arguably been an otherwise horrible month. So I really just have one question: Does Craigslist have a category for used helicopter blades? 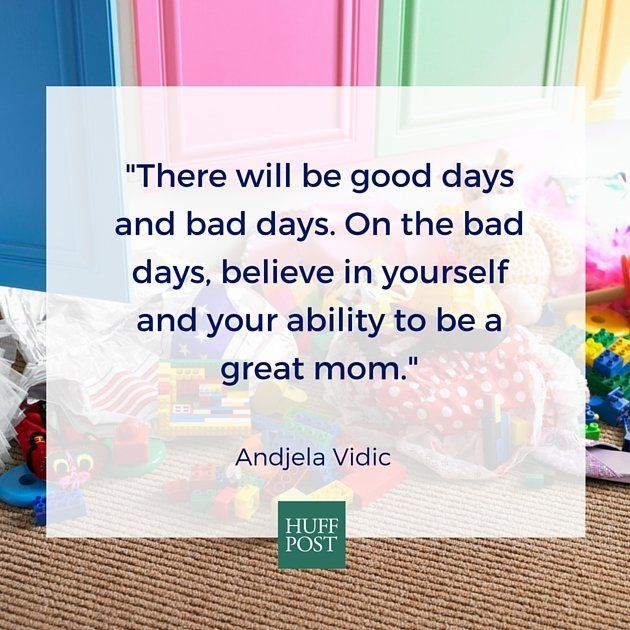