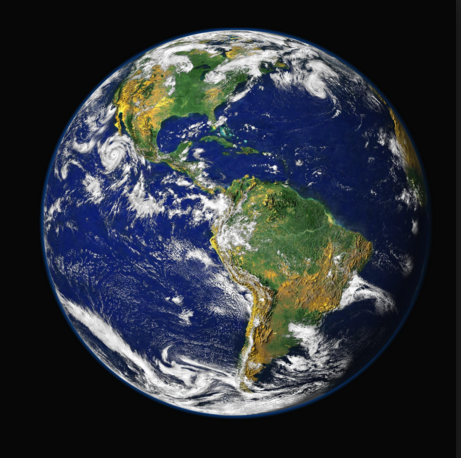 For the past six months I've been barking up the wrong tree and generally acting like an idiot.

I joined the herd in political mud flinging, calling Trump (amongst other things) a big fat narcissistic ... um, ego. I posted great things about Bernie and dissed Hillary. Now, as an unabashed switch-hitter, I was about to crank it up for Hillary against the Donald. But then I ran across a video of a psychic called Danielle Egnew on FaceBook. (https://www.youtube.com/watch?v=J0ppS0UlYY0).

Not only did she lean on her psychic powers and call the 2016 election for Hillary, she clarified why we're currently in the political shit storm we're in, speaking what I've known all along but was too caught up enjoying the oh-so-sweet adrenaline rush of my own opinions and self-righteousness to give voice to.

What she said (and I've wanted to say) is this: Hey! Wake up! This face-off between Hillary and Trump couldn't be more perfect if we'd all sat around in a smokey conference room the size of Rhode Island with our Havana cigars and whiskey and plotted it.

Donald Trump is the epitome of the Old Guard Masculine: the poster child for those who still believe Spare the Rod and Spoil the Child, who hold the Authoritarian Father Figure dear. He is the last Great White Hope of those who pray for an external savior to deliver them from the paralysis of their own ignorance, fear and self-imposed misery.

For who, after all, isn't fearful and miserable living in a household cowering under the whip hand of an All Knowing Authoritative Male except the authoritative male Himself? (And perhaps the well-programmed masochists who believe suffering is a talisman of spiritual favor.)

And then we come to the distaff side of this election.

Hillary is NOT the epitome of the feminine. She can easily live up to Margaret Thatcher's "Iron Lady" moniker and I have no problem envisioning her in the Situation Room with the generals of the Armed Forces at 3 am, competently making the hard choices.

Like every woman raised in the US in the past 60 years she is a tough cookie who has learned not to openly express feminine values such as compassion and warmth, love and nurturing, but rather masculine values of toughness and competitiveness. She damn well mastered the masculine realm and learned to fit into the value structure she was given.

But let's face it, there's not a single woman living today who hasn't had to take on the masculine persona in order to claw her way up the walls, shatter the glass ceiling, poke the Old Guard in their fat soggy rumps and say "Move over buddy. It's time I took my place at the table."

We've all had to learn to be tough cookies.

And yet ... look at Hillary's public service record. She has consistently supported women's issues around the world, children, the handicapped, the poor and the disenfranchised. She has taken the masculine sword of intellect, power brokering and ruthlessness, and successfully used it to champion deeply feminine causes.

Many people bemoan that Hillary is "a political bad guy in drag" and hardly the face of the Divine Feminine they would like to see in charge of things. But the time of excessive polarity is over. The solution to our social problems is not the return of the Goddess and the subjugation of the masculine any more than the solution is to return to the strong-arm tactics of the masculine over the feminine.

Now is the time for balance between opposites. As Egnew points out in her video (Watch it. She's great!) Hillary is a bridge between the masculine and the feminine, between the Old Guard and the New.

Is she perfect? As a human being, who is? And yet if we can stop being small-minded long enough to take a larger perspective, it's obvious that she is, indeed, perfect for the political role she's playing in the Changing of the Guard in humanity's evolutionary timeline.

So enough whining and cat calls, mean FB postings and fear-driven vitriol spattering both candidates. Trump is the Perfect Icon of the Past. Hillary is the Perfect Bridge to the Future. They're both archetypes -- outward expressions of humanity's inner psyche and journey into a greater consciousness.

Hat's off to both of them and life for painting such an obvious picture of where we're at in space-time on little old planet Earth.