My Facebook page usually caters to a distinctly urbanist clientele. But, the most "liked" photos on the page over the last two weeks were far from urban, with subjects dramatically divorced from city life.

Almost all who clicked "like" are transit, bike or urban density proponents, leaving me pondering why my photographs attracted such sudden admiration for life "back on the farm". 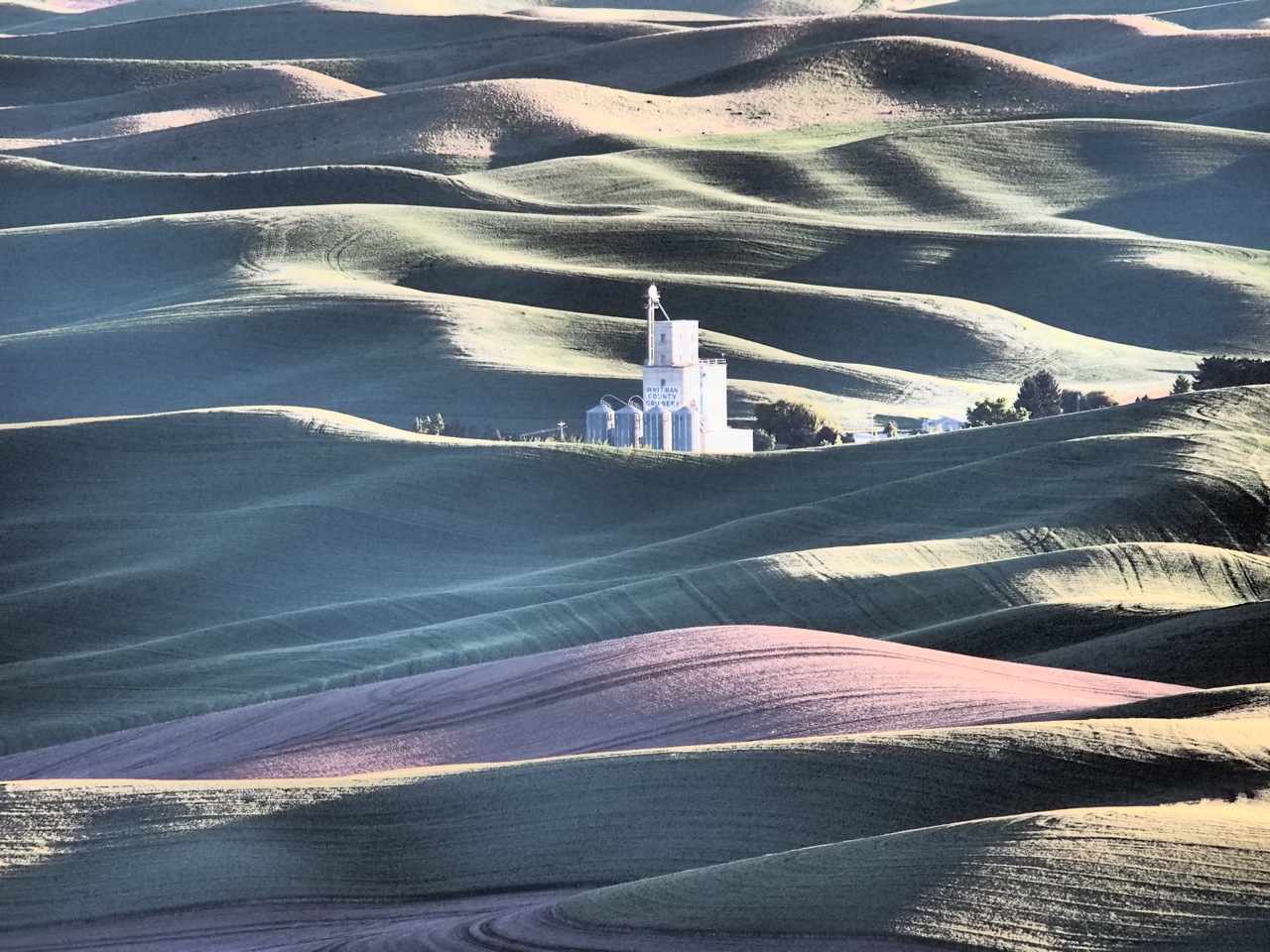 I took four days off in late June to photograph the Palouse region at the southeastern border of Washington State and Idaho with 14 others -- an organized road trip led by online photo personality Steve Huff, and Seattle Leica enthusiast Dr. Ashwin Rao.

I staged the best photos far from Richard Florida's creative class, amid the rural character that to some is a world forgotten. There, the relationship of land use and transportation displays differently, and clouds, roads, houses and colors show more art than science, especially at the end of a Palouse Spring.

But envision an agricultural landscape, and look back at the farm-to-market basis for why and how many cities grew.  Take a harder look, and see the reasons forests and farms have been elemental to  growth management legislation, emulating the naturally evolved agricultural region that has always surrounded the City of Rome.

On the trip, I largely hid my urbanism interests in our banter about lens choice and camera type, and I doubt the other 14 knew why I kept asking questions of our Moscow, Idaho-based guide, Ryan McGinty. 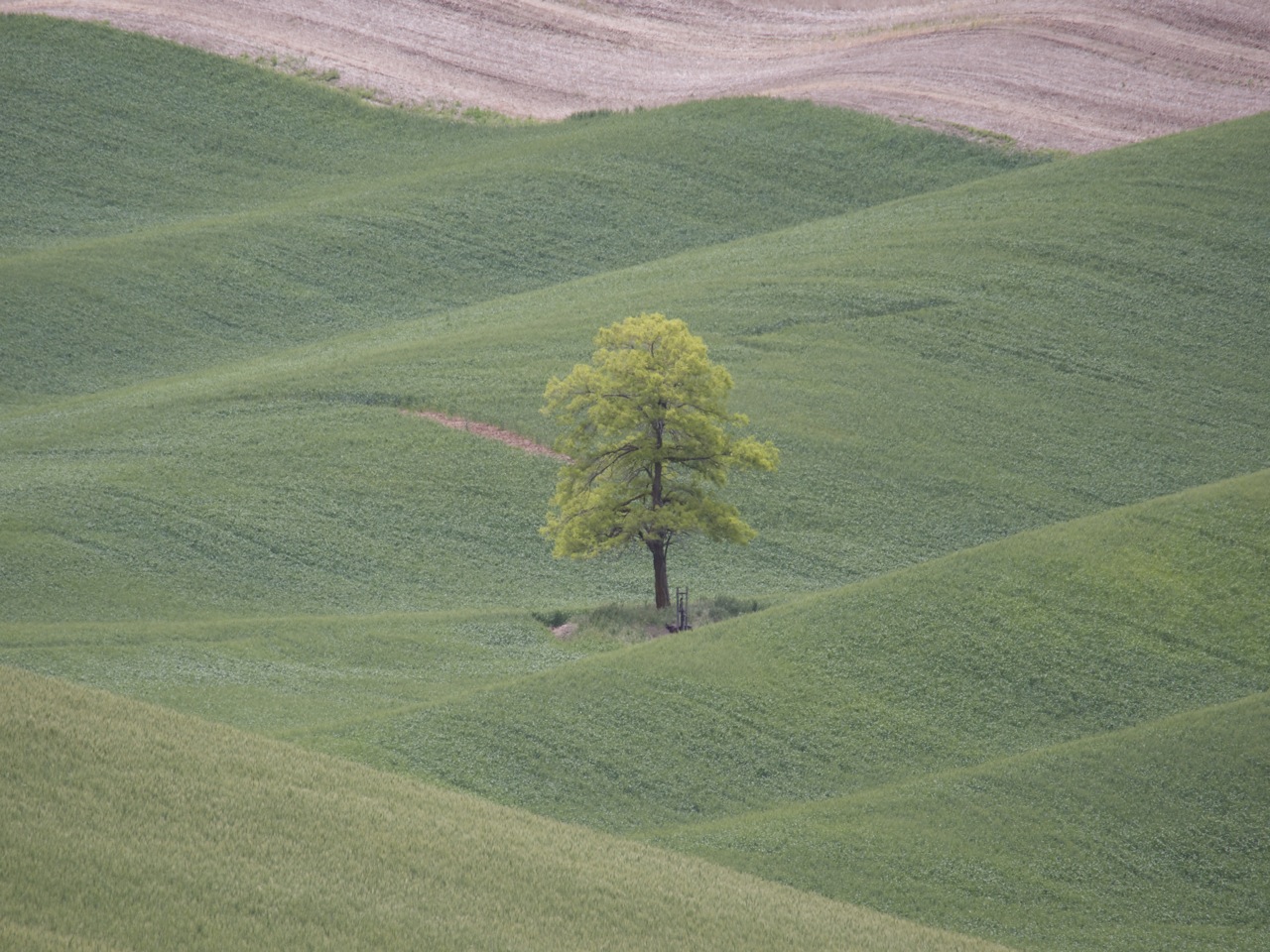 "Why are there lone trees?", I asked Ryan. "Because they say there was once a barn next to each one", he responded. I thought of shade trees in cities, past and present, and remembered again that rural and urban share a common sun.

I have spent time in the Palouse before, documenting storefronts and streets for my recent book, Urbanism Without Effort, I had a mission in mind last week: to share remnants of homesteads and small towns past, and buildings and settlement forms that motivate nostalgic reinvention.  Small markets, the local bar, the library and the school -- no longer needed in one context, they rise again in reinvented urban settings with new tests of who gets and who pays.

I'm reminded of something I saw online recently, a National Geographic tool for curriculum development. The "Love it or Leave It Organizer" encourages students to assess the relative advantages and disadvantages of urban versus rural living in chart form, using a range of factors that contrast human fundamentals such as  food supply, housing choices, jobs, health and natural beauty.

The chart marshals arguments:  "I'd LOVE to live in an urban [rural] community because..."  And then, as if inspired by the likes of the scenes displayed here, the chart goes contrarian, with the simple adage, "On second thought..."

In the photos presented here, those second thoughts speak with color and tribute to a lifestyle still full of urban precursors, framed by a landscape so basic and poetic that it retains a special place in the Facebook urbanists' world.

Images composed by the author in Washington State and Idaho. Click on each image for more detail. © 2009-2013 myurbanist. All Rights Reserved.

For more information on the role of personal experience in understanding the changing city, see Urbanism Without Effort, an e-book from Island Press. This article first appeared in similar form on Crosscut and myurbanist.