With the front page of the paper being occupied by so-called Deflate-gate, Congress was quick to reclaim its rightful place with its own mini-tempest over House Speaker John Boehner's invitation to Israeli Prime Minister Benjamin ("Bibi") Netanyahu to speak before a Joint Meeting of Congress without prior notice to and/or approval from the Obama administration. 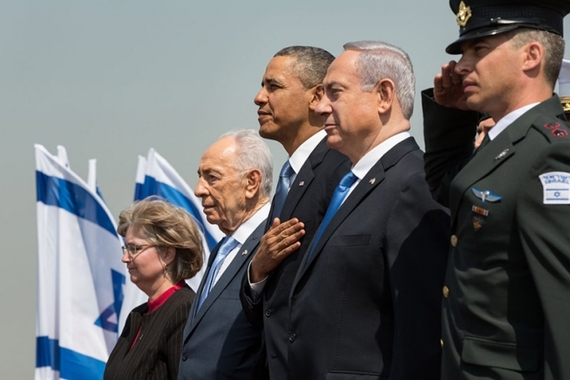 The issue of a foreign head of state addressing a joint meeting of Congress is not in itself a huge deal. This would be the 115th time it occurred and would be Netanyahu's third appearance before the body.

What is a big deal, however, is that Prime Minister Netanyahu actively sought, and Speaker Boehner extended, the invitation entirely behind the administration's back to permit Netanyahu to advocate harsher sanctions against Iran that the administration (and even Mossad) opposes while a final resolution with Iran is being negotiated.

Even worse, the date selected (March 3) is only two weeks before Israel's election, so the administration will not be able to meet with Netanyahu due to longstanding policy of not meeting with foreign leaders too close to their election so as not to be seen as interfering.

As an administration official explained privately, "there are things you simply don't do. He spat in our face publicly and that's no way to behave."  Welcome to the Unbearable Rudeness of Bibi.

When American Presidents speak of Israel, it is often expressing sentiments similar to President Clinton's when he said, "America and Israel share a special bond. Our relations are unique among all nations."

When Prime Minister Netanyahu speaks of the United States, however, it is to say that "American policy in the Middle East is based on lies and distortions" or to boast that America is easily manipulated and moved "in the right direction [so] they won't get in the way."  He has also bragged about double-crossing President Clinton by reluctantly agreeing to adhere the Oslo accords but then taking measures to render it meaningless.

Secretary of State James Baker temporarily banned then-Deputy Foreign Minister Netanyahu from the State Department for his "lies and distortions comments," while Netanyahu's manipulation comments only prove President Clinton's initial impression after meeting with the new Prime Minister in which he said "[h]e thinks he is the superpower, and we are here to do whatever he requires."  (Further supporting Clinton's assessment was the recent statement of one of Netanyahu's cabinet members who told the U.S. ambassador that Israel expects "unconditional" support "even when you think we're wrong.")

Time and time again, Netanyahu has shown little respect for American presidents, institutions or interests despite the fact that we provide Israel with over $3 billion in aid annually, use our diplomatic capital to block anti-Israeli measures at the United Nations and have had to endure a devastating oil embargo and terrorist attacks at home and abroad because of our support for Israel.

In 2010, Netanyahu announced the expansion of new settlements in occupied East Jerusalem on the same day that Vice President Joe Biden arrived to restart the peace process (ignoring the U.S.' request to to implement a settlement freeze as part of the resumption of peace talks with the Palestinians).  Then Secretary of State Hillary Clinton condemned the announcement as an insult, while Vice President Biden privately scolded Netanyahu that he was "undermin[ing] the security of our troops who are fighting in Iraq, Afghanistan and Pakistan." 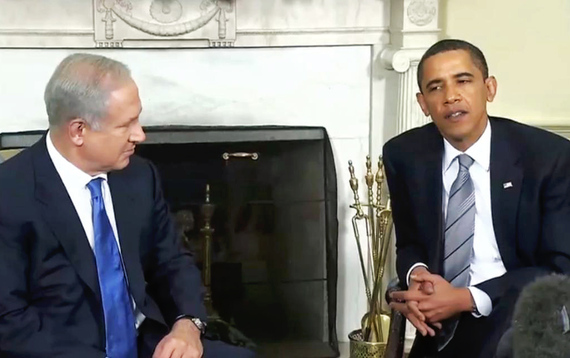 Netanyahu has lectured the President in front of the White House press corps and compared the administration's refusal to set a firm deadline for Iran to act on its nuclear program or face military action to the Roosevelt's administration rejecting calls from Jewish leaders to bomb Auschwitz.

He also has shown little reluctance about meddling in American politics.  In 1998, when President Clinton was pushing Netanyahu to fulfill Israel's obligations under the Oslo accords, Netanyahu made a point of starting his U.S. tour by meeting with House Speaker Newt Gingrich and appearing at a political rally with Rev. Jerry Falwell (who at the time was selling a videotape called "The Clinton Chronicles,'' which accused the President of having been a narcotics dealer and user and  involved in the death of Vincent Foster).

In 2012,  Netanyahu was criticized in both Israel and the U.S. for actively supporting Republican challenger Mitt Romney.  Romney and Netanyahu shared political consultants and Netanyahu's attempts to escalate the situation in Iran during the fall campaign were quickly translated into Romney attack ads in the final days of the campaign.

Less than a month before the 2014 midterm elections, Netanyahu appeared on CBS' Face the Nation and charged that he was "baffled" by President Obama's opposition to expansion of settlements in the Occupied Territories, a position he said was "against American values." Haaretz, Israel's leading English newspaper, called the comments a "stink bomb" and condemned Netanyahu for playing the partisan during our election season when he "slammed the president as if he was a Tea Party brawler rather than the leader of a country with a 'special relationship' with America."

Netanyahu's comments also were a flat out lie, since every President since the 1967 War, from President Johnson to President Obama, has expressed opposition to expansion of the settlements in the Occupied Territories.

Netanyahu latest stunt seeks to fuel claims that President Obama is not "pro-Israel," an astounding charge since former Defense Secretary Gates, who served under three Republican Presidents and Obama once reminded Netanyahu that "no U.S. administration had done more, in concrete ways, for Israel's strategic defense than Obama's" (a view shared by former Prime Ministers Shimon Peres and Ehud Barak). 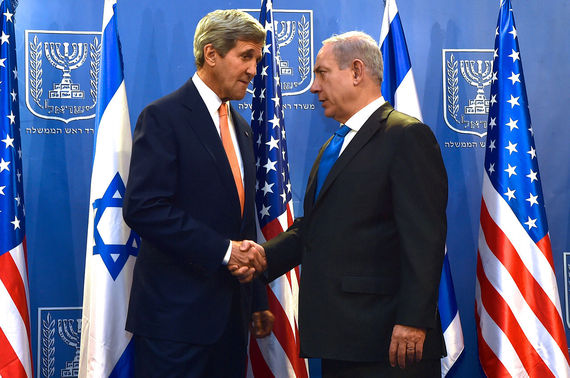 For Netanyahu to disrespect the United States just after Secretary of State Kerry had called nearly 50 head of state to head off action against Israel at the United Nations is astounding.  Waterboys are treated with more respect than that.

Maybe the better question is whether Netanyahu is a friend of the United States? In words and deed he clearly is not.  As an American, I am deeply offended that a nation that we have given so much to and sacrificed for would show such a total lack of respect to our President. I am also appalled that so-called "loyal opposition" leaders were complicit in this scheme.  Sadly, Republicans seem elated to see a foreign leader spit in the face of the United States (so much for "politics ending at the water's edge").

Israelis also are outraged since Netanyahu is alienating Israel's most important ally to salvage his reelection chances. As one Israeli columnist noted, the relationship between the Prime Minister and the President of the United States is "the greatest strategic asset that Israel has had since its establishment" and Netanyahu has "irresponsibly" "destroyed" that relationship.

Israeli voters may have the final say on this issue, since with Netanyahu running behind in the polls, they may send Bibi to a well-deserved retirement.

He will not be missed.