The Weeknd has had a breakout year, and it doesn't look like he's on the verge of stopping anytime soon. But outside of his famous 'do, Michael Jackson-like falsetto and moody vibes, most can't even come up with the singer's real name -- despite the fact that he's selling out arenas like nobody's business.

So before he sweeps the Grammys (and possibly even wins an Oscar), here are the nine things you need to know about him:

Born and raised in Scarborough, Toronto, Tesfaye was born Feb. 16, 1990, (making him 25, about to turn 26). His first language was Amharic, which is spoken in his parents' native country of Ethiopia. After the singer's parents split up, Tesfaye was raised by his mother and grandmother and later dropped out of school at 17.

2. Dropping out of school influenced his famous name.

In a September 2013 Reddit AMA, Tesfaye explained the story behind his infamous moniker.

"I left home when I was about 17 dropped out of high school and convinced Lamar [Lamar Taylor, his best friend] to do the same lol," Tesfaye wrote. "We grabbed our mattresses from our parents threw it in our friends shitty van and left one weekend and never came back home. It was gonna be the title of HOB [House of Balloons]. I hated my name at the time though so I tried it [The Weeknd] as a stage name. I took out the 'e' because there was already a Canadian band named the Weekend (copyright issues)."

3. There's a famous artist behind his famous hair.

The Weeknd told Rolling Stone that his hair was inspired by artist Jean-Michel Basquiat in an October 2015 profile.

"I want to be remembered as iconic and different," Tesfaye said, after admitting that his hair gives him neck pain. "So I was like, 'F**k it -- I'm gonna let my hair just be what it wants.' I'll probably cut it if it starts interfering with my sight. I can kind of see it right now. But if I cut it, I'd look like everyone else. And that's just so boring to me."

Here he is shortly after he started growing out his hair, in 2012 at Coachella:

4. His hair led to one of the most awkward celebrity encounters of all time.

"The whole time she was talking, she was kind of, like, petting my hair? I think she was just drawn to it -- she must have been a little gone off a few drinks," he said. "And of course I'm not going to be like, 'Hey, can you stop?' I mean, it felt good! But when she started petting my hair, that's when I was like, 'I definitely need a drink.'"

It looks like the two put their painfully awkward first encounter behind them, as Tesfaye performed "Can't Feel My Face" with Swift on her 1989 Tour.

According to E! News, the two were first spotted together at 2015's Coachella music festival. Tesfaye insists that he originally only wanted to work with Hadid and have her be a part of the artwork for his album "Beauty Behind the Madness."

The notoriously private couple do their best to stay out of the spotlight, though Hadid recently appeared as a dancer in Tesfaye's video "In The Night."

6. No, he doesn't play his own music during sex.

It's easy enough to assume, as everyone else does. But when a curious Redditor asked if he did during Tesfaye's 2013 Reddit AMA, the singer answered with an emphatic "No!!!!"

Cheeky redditor ua19 added, "He doesn't need to. He can just sing it himself." Too true!

7. His song "Can't Feel My Face" is allegedly about cocaine.

The song of the summer, and one of the Weeknd's biggest hits, is rumored to be about coke. His girlfriend's ex-stepfather, composer David Foster, somewhat admitted the dicey lyrics when he was asked if he liked the song by TMZ.

The singer has been open about his past drug use (including Adderall, weed, MDMA, Xanax, cocaine, mushrooms and ketamine) and a New York Times profile noted that when Abel "wasn't high, he wasn't happy" growing up.

Uh, who doesn't? Tesfaye admitted during his AMA that he watches "Breaking Bad" and "Game of Thrones," saying that "GoT" won his heart. Maybe his next album title can be "The Weeknd Is Coming"?

9. He's going on tour with Rihanna and Travis Scott.

Get ready to see even more of Tesfaye in the future! Rihanna announced that she's bringing rumored boyfriend Travis Scott on tour with her in North America, and The Weeknd and Big Sean will join the European leg.

PHOTO GALLERY
Grammys Through The Years
Download
Calling all HuffPost superfans!
Sign up for membership to become a founding member and help shape HuffPost's next chapter
Join HuffPost

The Weeknd Grammys Rihanna Abel Tesfaye Beauty Behind The Madness 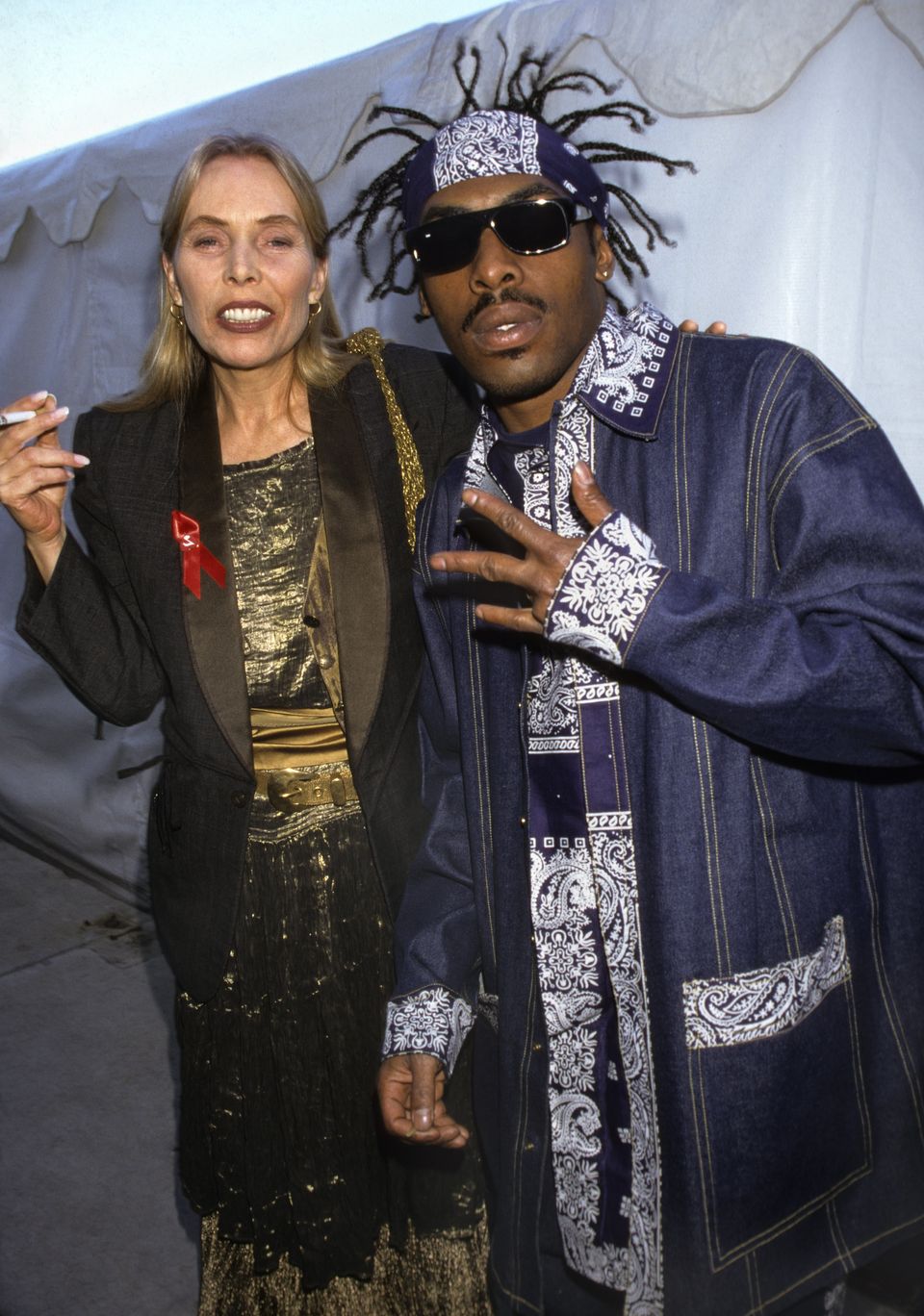