There was a troubling interview on CNN's "Reliable Sources" program this weekend--reported widely, including here on the Huffington Post--in which CBS News Chief Foreign Correspondent Lara Logan ripped Michael Hastings and his revelatory investigative piece in Rolling Stone that outed General Stanley McChrystal for insubordination and disloyalty--and which eventually cost McChrystal his job.

Logan actually cast doubt on Hastings's claim that his interviews with McChrystal and his team were all "on-the-record."

Wow. Please note the chilling distinction that Logan is making. She was not questioning whether or not Hastings' reporting was accurate, but whether he had permission to quote McChrystal and his posse for public attribution.

CNN's Howard Kurtz queried Logan if there is an "unspoken agreement that you're not going to embarrass [the troops] by reporting insults and banter?" 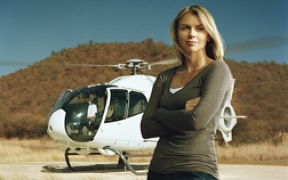 What Logan is saying--in the shameful code of embedded journalism--is that she and her former colleagues in Afghanistan have been systemically engaged in a journalistic cover-up in their reporting on the longest war in U.S. history, one in which more than 30,000 human lives have been lost, including more than 1,000 Americans and an untold number of Afghani civilians.

Logan gave her pronouncement a faux moral gravitas by referencing an "element of trust." What about the greater "element of trust" between the journalists and those of us who rely on their reporting? Apparently, that element has little currency with Logan.

Logan also asserted that Hastings--"if you believe him--says that there were no ground rules laid out. And, I mean, that just doesn't really make a lot of sense to me." The "ground rules," as Andrew Sullivan assessed, are the quid pro quo of trading access for journalistic protection.

And then Logan said something that would be downright laughable if it weren't so reflective of a thoroughly corrupt mindset. "To be fair to the military," she said--apparently oblivious to the dirty little secret she was about to reveal-- "if they believe that a piece is balanced, they will let you back."

She gave the game away with that one. "Balance"--as opposed to honesty or accuracy or a critical outlook--is the sine qua non of what passes for journalism today.

Fortunately, not all of the mainstream media bought into Logan's defensive posturing. Frank Rich in the New York Times rightly noted that:

Much of the Beltway establishment was blindsided by Michael Hastings's scoop, an impressive feat of journalism by a Washington outsider who seemed to know more about what was going on in Washington than most insiders did.

That would, of course, include Logan.

Moreover, what of Logan's troubling conflict of interest in her capacity at CBS? She is now married to Joseph Burkett, described variously as "defense contractor" and "war contractor in Iraq." No red flags there? Let's get real.

In fact, Logan produced a piece for 60 Minutes last year that served as a shill for Air Force drones being deployed in Iraq and Afghanistan. As FAIR reported, Logan's segment failed to note that David Kilcullen--a former adviser to General David Petraeus-- had recently testified before House Armed Services Committee that "the drone attacks take too many civilian lives."

She fed us the military's position--hook, line and sinker.

Logan's cheap parting-shot that "Michael Hastings has never served his country the way McChrystal has" should leave one's blood cold. Logan's manifest political--and moral--biases have now been hung out on the closeline for the world to see. Stanley McChrysal was an arrogant, wreckless, and bigoted rogue warrior. He brought shame upon his country, was disloyal to his Commander-in-Chief, and most significantly, was overseeing a failed military effort in Afghanistan. Michael Hastings, on the other hand, has shed light on not only McChrystal's failed and corrupt command, but on the fundamental assumptions of American military policy in south-central Asia.

The latter is something that Lara Logan has never done. Indeed, she was--and will remain--part of the journalistic cover-up.