A Colorado scientist says he’s “over the moon” after a construction crew in the city of Thornton reportedly stumbled upon a triceratops fossil last week.

The construction workers were breaking ground for a new fire and police building when they encountered an obstruction in the dirt, The Denver Post reports. After a crew member pointed out that it could be a fossil, paleontologists from the Denver Museum of Nature and Science were called in to investigate.

Joe Sertich, the museum’s curator of dinosaurs, arrived at the site Monday and discovered to his delight that the workers had indeed unearthed something remarkable.

“My heart was racing,” Sertich said in a statement posted on the city of Thornton’s website. “I realized it was a pretty important dinosaur find.”

“This dinosaur has been laying here for at least 66 million years,” Sertich said. “I’m over the moon right now about this dinosaur fossil.”

Construction at the fossil site has reportedly been halted as scientists search for any other fossils potentially awaiting discovery.

“A lot of times [fossils] will be plowed up and they won’t be recognized,” Sertich said. “We’re really lucky in this case that it was recognized as fossils and we got the call.”

It's taking shape! Our team has uncovered a rib, scapula and 2 telltale #triceratops brow horns in Thornton so far pic.twitter.com/i0OpoHQyLf

As Smithsonian magazine notes, the herbivorous triceratops was among the last species of dinosaur to roam the Earth.

The dinosaur’s three-horned skull has been described as “one of the largest and most striking of any land animal.” 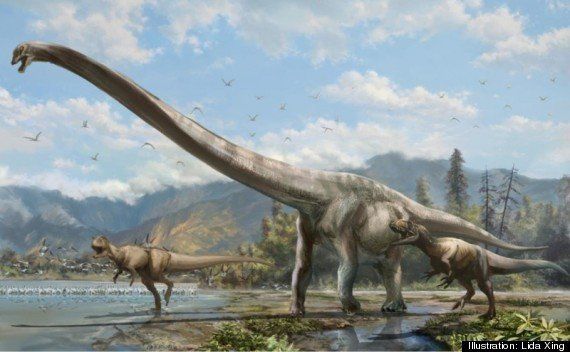