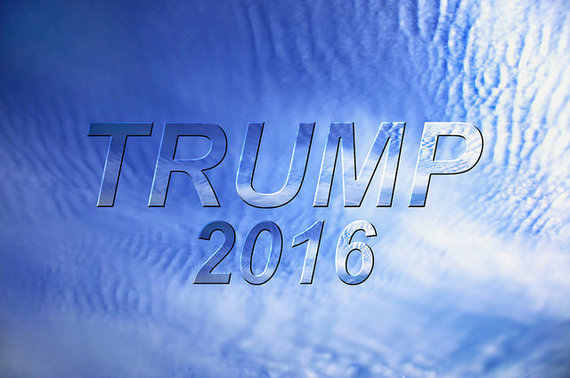 According to the Guardian, Donald Trump's former employees say he is micromanager. Trump supporters will either contend or defend this allegation while his detractors will add it to the list of reasons not to vote for him. Since Trump has not held public office and claims his success in business qualifies him to be President, it is important for voters to consider his management skills before they vote in November. After all, running a country is far more complex than running a business. In this post, I hope to answer the question, "What's wrong with being a micromanager?"

Three Reasons Why Micromanaging Tends to Be Ineffective

Micromanagers believe that they can do just about any job better than their subordinates. As a result, they get involved in too many of the details of the business. This hurts the business in many ways because it is nearly impossible to do the jobs of subordinates properly in addition to your own.

Why? Managers don't have the time to do multiple jobs. More importantly, micromanaging violates at least three important principles of business...

To understand how micromanagers tend to destroy their organizations, it is useful to examine these three violations in more detail.

Noted British economist, David Ricardo, is credited with introducing the concept of comparative advantage in his 1817 book entitled On the Principles of Political Economy and Taxation.

Originally, comparative advantage referred to the trade between nations. Today, the same concept is applied to positions within an organization. For example, the CEO might be better at being the CEO and doing bookkeeping than the bookkeeper. However, if CEOs did bookkeeping, they would not have the time to be as effective at leading their companies. Therefore, bookkeepers (and everyone else in the company) are better off if CEOs devote full time to running the business and let the bookkeepers take the bookkeeping chores off of their shoulders. That way, CEOs can make more "deals" for the benefit of all in their organizations.

Micromanagers violate comparative advantage. They use their valuable management time to meddle in the jobs of their subordinates rather than invest that time in helping their companies grow and prosper.

Opportunity costs (the costs of foregoing more lucrative opportunities by chasing less promising ones) is part of the fabric of comparative advantage. Perhaps the biggest mistake micromanagers make is they divert their resources away from more promising opportunities to do the jobs better left to subordinates such as answer the phone, open the mail, and do the typing and bookkeeping.

Other Violations That Destroy The Business

In addition to violating these three important principles, micromanagers tend to have the following deleterious effects on a business.

Steve Jobs - The Outstanding Example Of A Reformed Micromanager

There is an example of a micromanager extraordinaire that was reformed into a successful executive - Steve Jobs. His first incarnation at Apple did not end very well with his leaving the Company to start NeXT Computer. At NeXT, Steve micro-managed just about everything.

As Randall Stross says in his New York Times article, "In this period, Mr. Jobs did not do much delegating ... while a delegation of visiting Businessland executives waited on the sidewalk, Mr. Jobs spent 20 minutes directing the landscaping crew on the exact placement of the sprinkler heads."

As a result, NeXT was a commercial failure that was part of a 12-year down period for Jobs. At the same time, another company he founded - Pixar turned out to be resounding success. Why? He did not micromanage it. He gave Ed Catmull and John Lasseter free reign to be their creative selves. As quoted in the Washington Post, Catmull said, "Jobs was very hands-off at Pixar, contrary to his reputation as a micromanager."

From his contrasting experiences with the failure of NeXT and the success of Pixar, Steve returned to Apple a much more capable executive who was willing to delegate many of the important duties to others, such as Jonny Ive, Tim Cook, and the other lieutenants in his inner circle.

This is not to say that he never micromanaged again. He did, but he also delegated the most important duties to those that could do them better. The result - within 10 years of his return, Apple went from being "on the ropes" to the most valuable company in the world.

We All Need To Fight The Micromanager Within

Many successful people share the notion that they can do most jobs better than others. Whether or not this is true, it is dangerous in light of the concepts of comparative advantage, opportunity costs, and the delegation of authority and responsibility discussed above.

Good managers need to focus on their job responsibilities and fight the urge to meddle in the jobs of subordinates. While many believe they are helping their organizations by micromanaging, in too many cases, they are doing the opposite.
Managing people is never easy. Micromanaging them is destined for failure.

Managing a Company is Hard Enough

Since I have been the President of several companies, I can appreciate the difficulties of running a business and trying to please the stakeholders. With nearly 320 million people in the United States and 7.4 billion on the planet, I can only imagine the complexities, difficulties, and responsibilities of the President of the USA and leader of the Free World. Voters need to really think hard if micromanagement is the right skill for that job before they vote. Good luck to all of us. We need it.