Oh, hey there. A turkey stuffed with Twinkies. We can't say we're surprised -- Thankgiving, after all, is the holiday embodiment of America's love affair with food, and Hostess just announced it would likely go out of business. Thanksgiving + Hostess bankruptcy = Twinkie-stuffed turkeys. It's simple math, people.

The creation is the brainchild of New York City caterer Butch Yamali, who debuted the bird on Tuesday at Kennedy’s Tavern in Manhattan. CBS New York spoke with Yamali, who explained that the Twinkie-stuffed turkey is hardly a gimmick; it's a family tradition. He goes on to describe the dish:

If you're still incredulous, CNN has a video that'll put your questions to rest. We'll leave you to it. 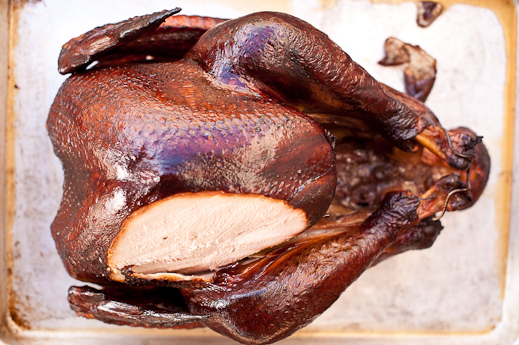