Vanity Fair will publish two covers for its September issue: one featuring Michael Jackson and another featuring Farrah Fawcett, the two pop culture icons who both died on June 25.

"Two covers seemed like the sensible thing to do, given the passing of two major American icons on the same day," editor Graydon Carter said.

Contributing editor Lisa Robinson wrote the Jackson story based on their interviews over the years. Contributing editor Leslie Bennetts interviewed Fawcett's longtime love, Ryan O'Neal, as well as his children Griffin and Tatum and close Fawcett friend Alana Stewart for a story titled, "Beautiful People, Ugly Choices." Already that article has made news with Ryan confessing that he hit on daughter Tatum at Fawcett's funeral.

WWD's Stephanie D. Smith reports that "both covers will be shipped at random to subscribers and to newsstands beginning Wednesday" and that the cast of "Mad Men" had been slated for the cover prior to the icons' deaths.

The September issue of Vanity Fair arrives on newsstands in New York and L.A. on August 5 and nationally on August 11. 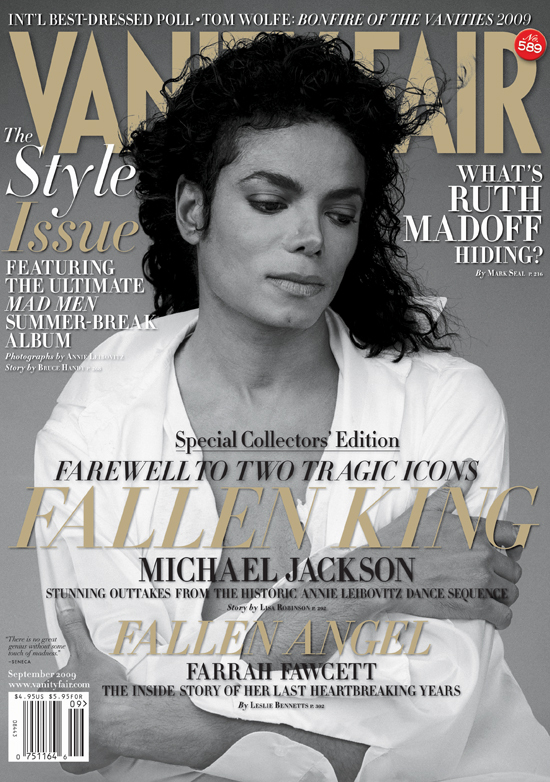 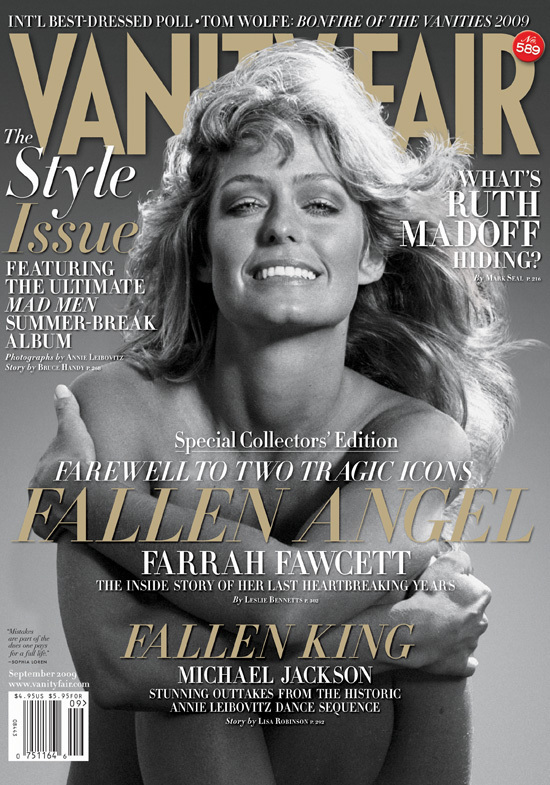