Multiple headlines Tuesday suggested that a new study determined vegetarianism to be more harmful to the environment than eating meat, flying in the face previous research. But the researchers behind this new study say that’s a total mischaracterization of what they found.

Rather, in terms of environmental impact, it turns out that not all foods in a particular food group are created equal, Michelle Tom and Paul Fischbeck of Carnegie Mellon University told The Huffington Post.

Some journalists emphasized the finding that calorie for calorie, producing lettuce creates more greenhouse gas (GHG) emissions than bacon. But these are only two foods. Realistically, no vegetarian is going to replace each pork calorie with a lettuce calorie. Citing this data point alone ignores the researchers' finding that kale, broccoli, rice, potatoes, spinach and wheat (just to name a few) all rank lower than pork in terms of GHG.

Similarly, in terms of “blue” water usage -- meaning fresh water that’s withdrawn from ground and surface water, as opposed to water that falls directly from the sky as rain -- produce like cherries, mushrooms and mangoes needs more water than any meat product. But corn, peanuts, carrots and wheat all use less water than all non-seafood meat.

In other words, the researchers didn't find that vegetarianism is bad for the environment. They found that not every plant product is more environmentally friendly than every meat product.

“My bottom line is that there are no simple answers to complex problems,” Fischbeck said. “Diet and the environmental impact of agriculture … is not a simple problem.”

The original point of the study, which was published in the journal Environment Systems and Decisions in late November, was to look at the environmental impacts of following the dietary guidelines recommended by the U.S. Department of Agriculture. In general, the USDA recommends greater intakes of fruits, vegetables, dairy and seafood. Researchers then looked at three potential dietary plans:

But none of these hypothetical diets were vegetarian. In fact, a large part of the increase in GHG for scenarios 2 and 3 is because of the USDA recommendation to increase consumption of seafood, which has a relatively high GHG emission level. And though certain fruits and vegetables have a higher environmental footprint than meat, vegetarian staples like grains and soy have some of the lowest levels of energy use and GHG emissions.

So, yes, some vegetables can be worse for the environment than some meat, but if you’re looking for an excuse to keep throwing back the burgers guilt-free, this isn’t it. 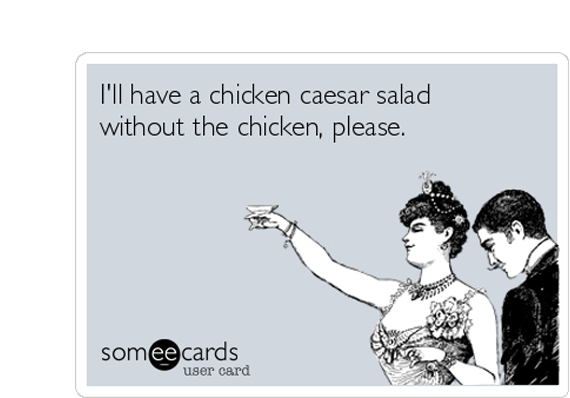